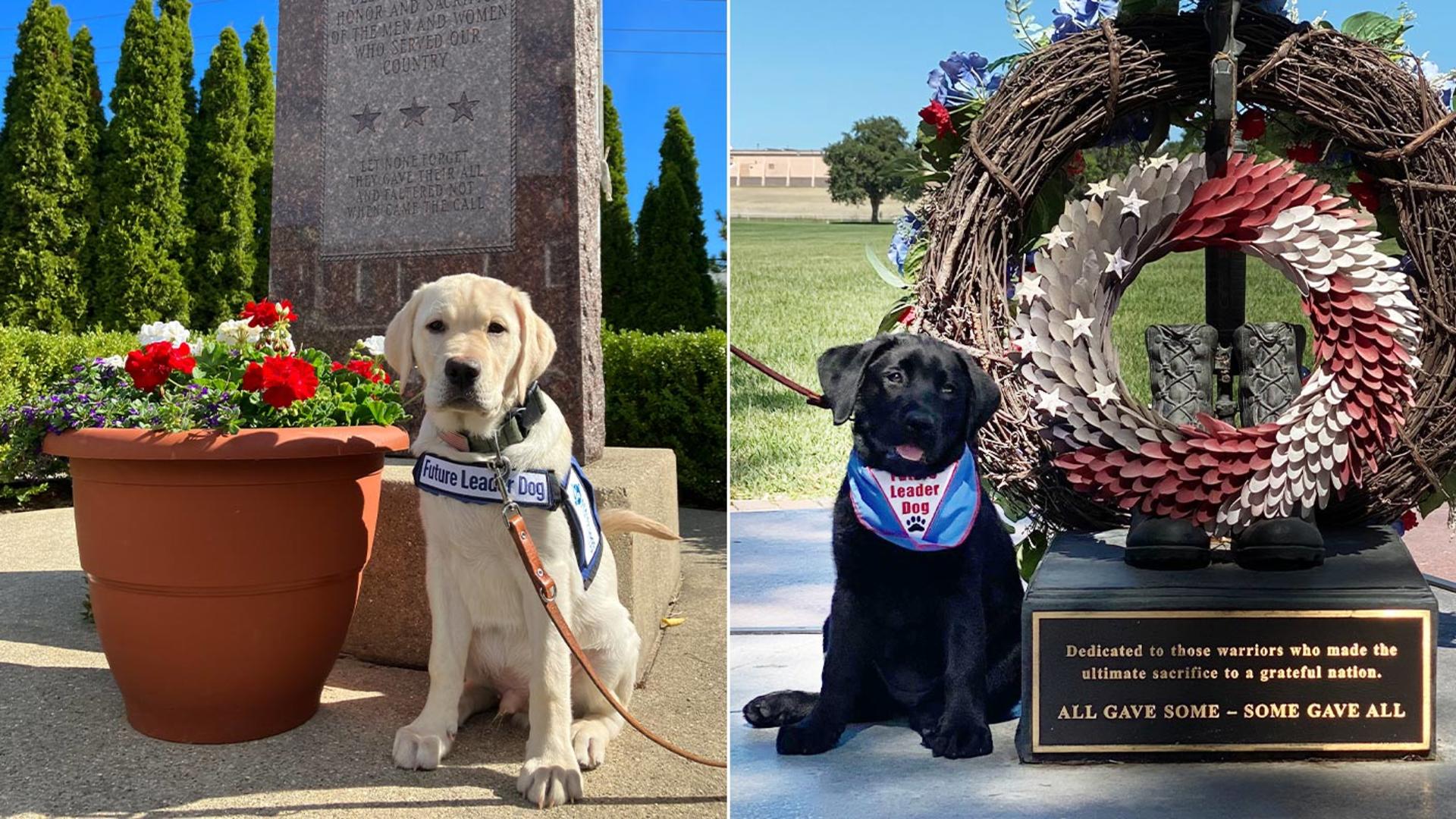 Back in August, the Gary Sinise Foundation announced a $350,000 grant to Leader Dogs for the Blind to support their service to veterans, defenders, and first responders who are blind or visually impaired with highly skilled guide dogs. We're so proud to report that the two newest members of the GSF family, Labrador retriever puppies Forrest and Jenny, are growing up so fast, and their training is going great!

Leader Dogs for the Blind gave us a recent "Pup-Date" on both dogs, so we wanted to let you know what these amazing dogs have been up to during their first few months of training!

Forrest has started working on a training platform and enjoys any time he gets time and attention to work on training. He has been out to several restaurants and is getting better each time at settling down and napping. Forrest is really working on ignoring other dogs, he loves to wrestle and play, and every dog looks like a fun playmate... and who can blame him! He is also working on the stay cue.

Jenny has been doing a lot of work and traveling. She went to Nebraska and went on CymSTAR. It is contracted by the U.S. Air Force to operate, maintain, and also train pilots and flight engineers in their 747-200 full-motion six-axis front-end flight simulator. The simulator is a “replica” of the E-4B stationed at Offutt AFB, Nebraska. The E-4B serves as the National Airborne Operations Center and is a key component of the National Military Command System for the President, Secretary of Defense, and the Joint Chiefs of Staff. Jenny has been working on Loose Leash healing and taking treats easy. She is also learning to settle in restaurants.

Thanks so much to our good friends at Leader Dogs for the Blind, and stay tuned for more Pup-Dates on Forrest and Jenny in the coming months!