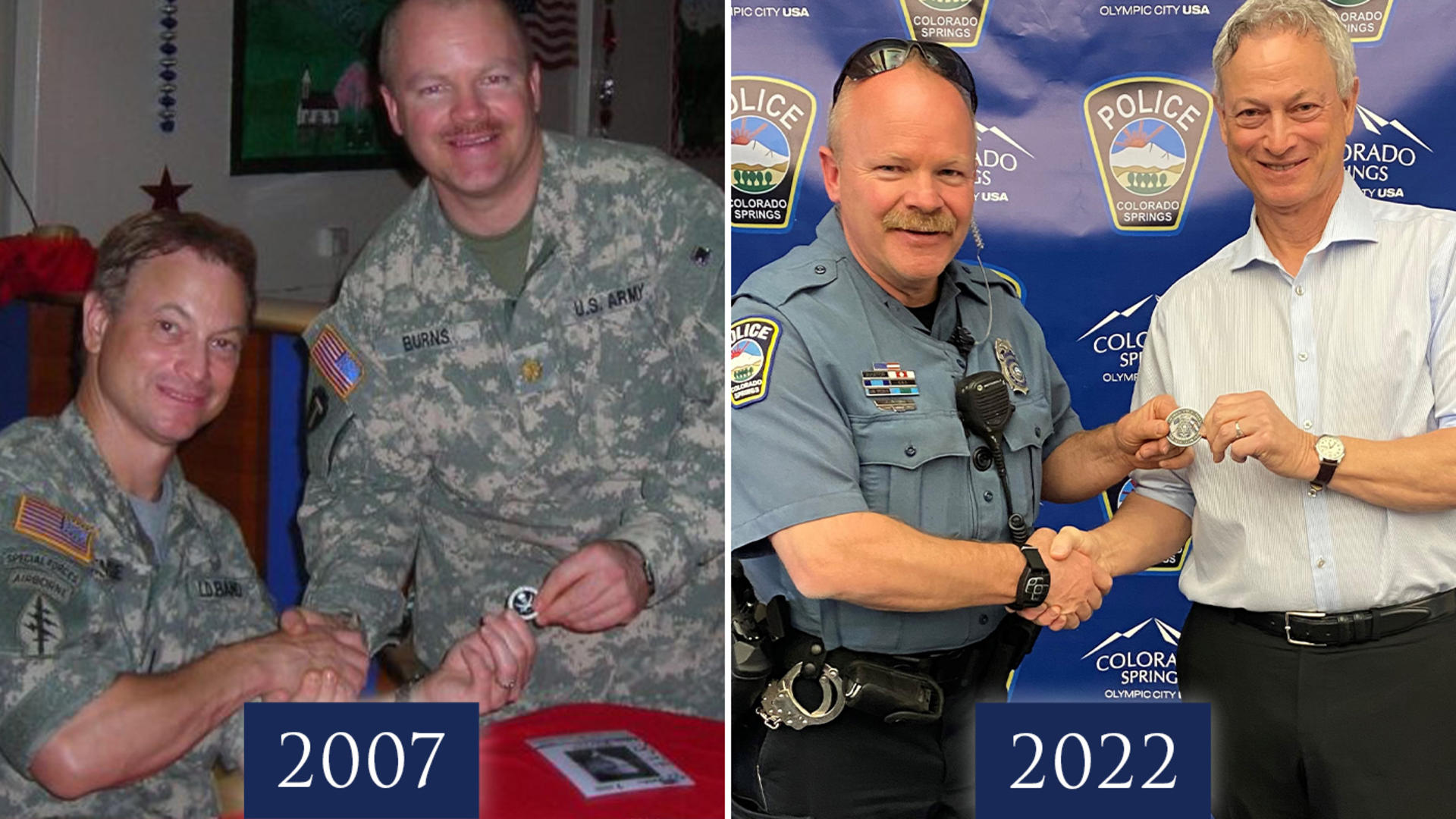 Last month, our very own Gary Sinise stopped by Colorado Springs Police Department to provide dinner for both officers and their families as part of our Serving Heroes initiative. While the entire department was grateful for the support, one particular CSPD officer was particularly thankful as this was his second visit from Gary!

In 1998 Officer Chris Burns began his career as an officer with the CSPD after leaving the active-duty Army. While Officer Burns was a police officer, he also worked a parallel career as a reservist in the Colorado Army National Guard. In 2006, Officer Burns was called to active duty for 18 months for a deployment to Iraq. In 2007, while serving in Iraq, Officer Burns had the opportunity to meet Gary who was there supporting the troops.

Officer Burns presented Gary with a military unit coin as thanks for the support Gary gives the military. 15 years later, Gary visited the CSPD as a show of support for First Responders. Officer Burns again had the opportunity to meet and present Gary with a unit coin, this time from the CSPD Crisis Negotiation Team. This amazing story not only warmed our hearts, but it's yet another example of Gary's relentless commitment and dedication to all of our nation's heroes.