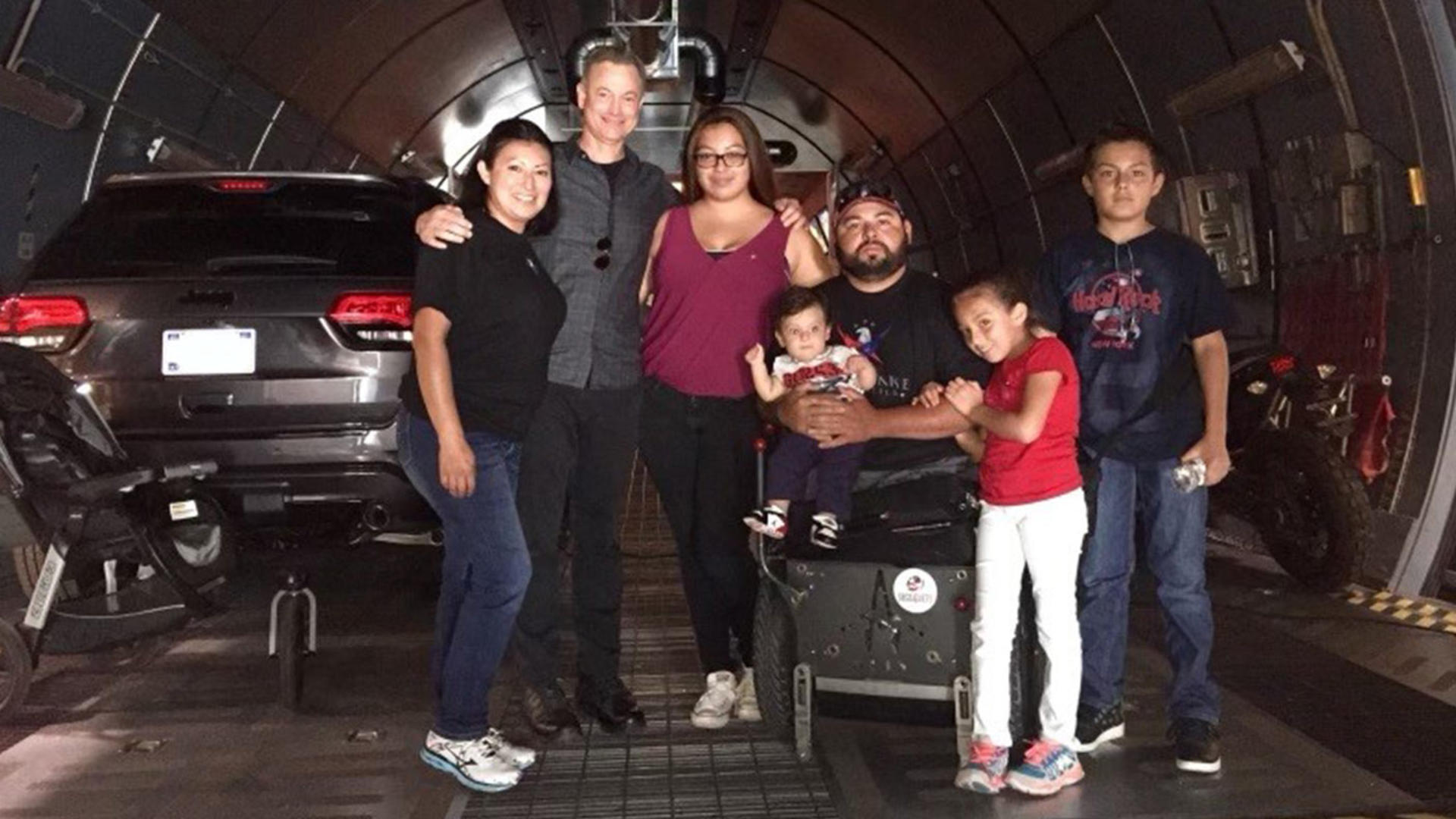 For several months in 2019, Guillermo Tejada spent most days sprawled on his stomach in the master bedroom. Another back surgery sidelined him in what has been an arduous recovery nearly 11 years since the retired gunnery sergeant lost both his legs from an improvised explosive device in Afghanistan.

Living without pain remains a distant, if not, uncertain possibility. “There hasn’t been a year that has gone by since I haven’t had at least a couple of surgeries,” Tejada said. “It’s been pretty intense.”

For Tejada, the home’s adaptive features, like a floor plan tailored to his ALLY chair mobility device, enable an unrestricted, more independent lifestyle. “Having smart home technology has been great, anywhere from controlling the lights, seeing who’s at the front door, being able to go on the intercom and calling out for my wife or my kids, has been pretty cool.”

Then there’s the kitchen.

“I love to cook and just having cabinets that have drawers inside the cabinets that pull out or having racks that I can just reach up top and the full rack comes down, and I’m able to access anything that I want,” Tejada said.

“It just becomes second nature. You don’t even think about it anymore. It’s just amazing.” 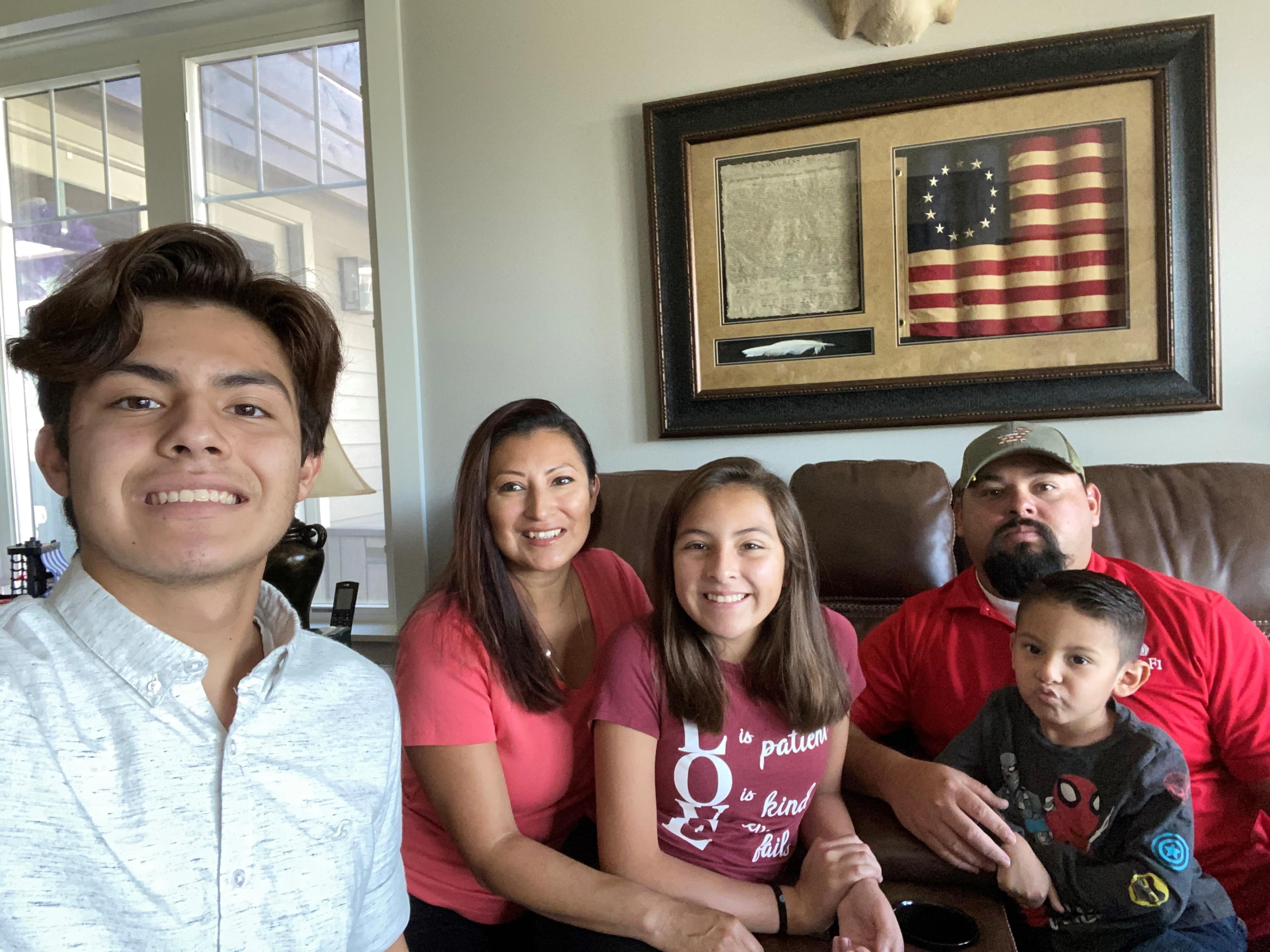 Tejada and his parents immigrated from El Salvador to the United States in the 1980s. Fleeing a civil war that would last until 1992, they settled in Los Angeles, a cultural melting pot whose culinary influence left a lasting impression on him — particularly when preparing carne asada.

Raised largely in the San Fernando Valley, Tejada rubs and massages Texas-raised beef with store brand seasoning from Vallarta, a Mexican and Latin American-oriented supermarket chain found only in Southern and Central California.

Before moving to Canyon Lake, Tejada and his family lived in New Braunfels near San Antonio in a home ill-suited to his disability. For one, steps hampered entering and exiting the home while its narrow doorways set off headaches as he moved from room to room in the ALLY chair.

Not so today. While he experiences memory lapses attributed to a traumatic brain injury, the headaches, daily frustrations are long gone — replaced by a new norm that comes with living in a specially adapted smart home. “Being able to not have obstacles that I’ve encountered in the past when living in a house that is not accessible has just been tremendous.”

Next year Tejada plans to earn a certificate in gunsmithing. A trade that dates back centuries before the American Revolutionary War, his interest stems from carrying a “tool of the trade” as a Marine: the standard issue M27 infantry automatic rifle. From his workshop down the hall from the master bedroom, he’s already built more than 20 custom weapons.

“It’s time consuming and kinda tedious, but it gets me in the zone.”

With his oldest daughter and son in college and two kids still at home, Tejada has a more immediate plan to get a Texas real estate license to help disabled veterans find adaptive housing.

Achieving these goals in light of future surgeries to come — and likely prolonged periods where he’ll be sprawled on his stomach — Tejada relies on a mindset forged by his 15 years in the Marine Corps who “drilled into us that we have to succeed, regardless of what it takes. You have to accomplish the mission.”

“You have to succeed,” Tejada said.

“One of our sayings is: improvise, adapt, and overcome. So that’s what I’ve been doing.”