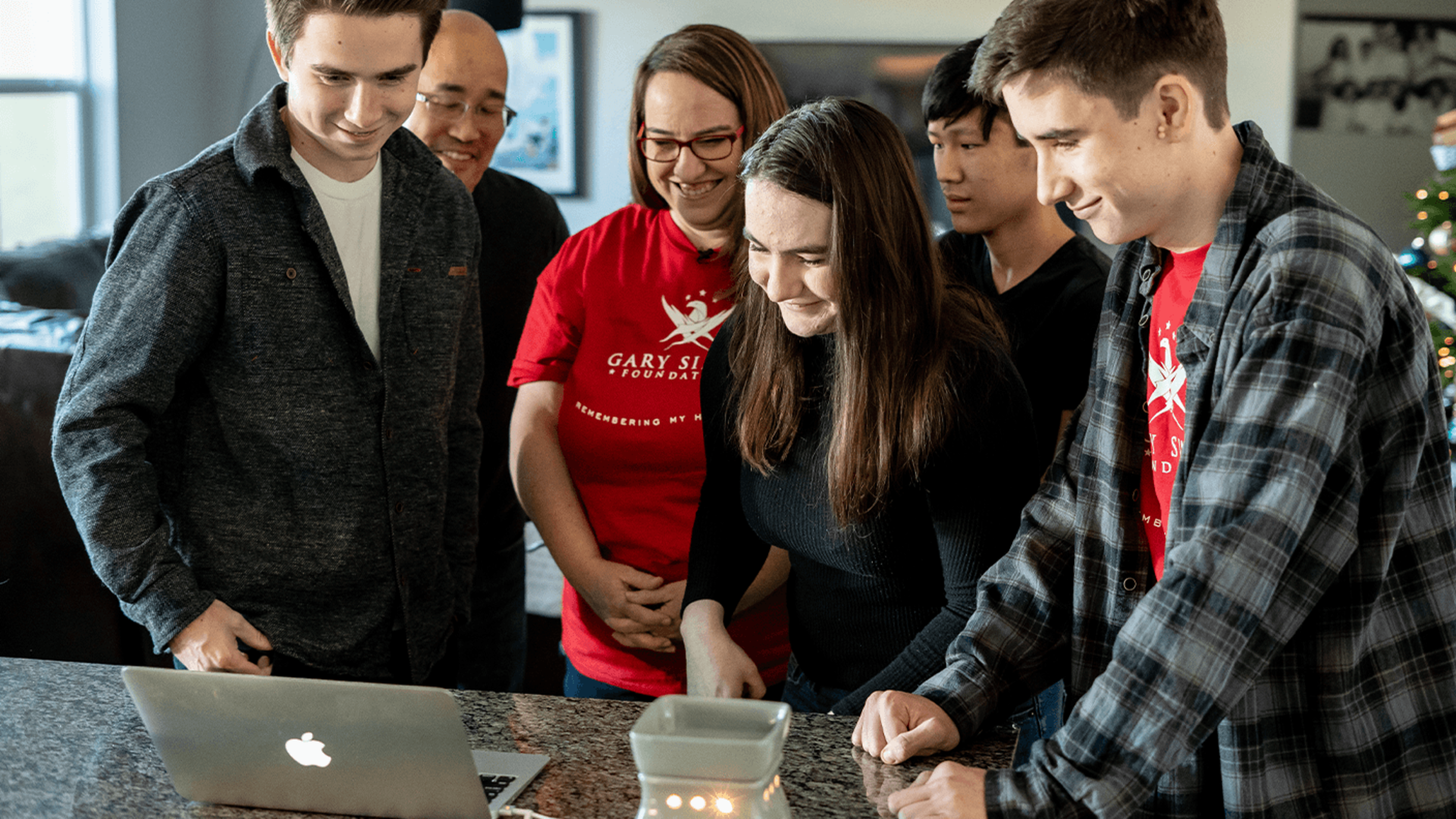 With their science hats on, children from Gary Sinise Foundation Snowball Express spent a recent Wednesday evening conducting physics experiments during an hour-long session hosted by Imagine Children’s Museum. The virtual event focused on the properties of water, including adhesion, cohesion (surface tension), and buoyancy.

Speaking by Zoom from the museum in Everett, Wash., Ginni Bartlett instructed a small group of students working from their kitchen tables. Sporting a tie-dye shirt, she explained how certain materials, like a paper towel, absorb water in what’s described as “adhere.”

“Water adheres to paper very well, and that’s why a paper towel is a good thing to clean up spilled water with,” Bartlett said.

A red plastic tray with two clear cups was then placed in front of her camera. One cup was empty, the other full. She rolled up a paper towel and gently dipped it into the water. Placing one end of the towel into the empty cup and the other end in the cup filled with water, she asked, “I wonder what’s going to happen to the water? What do you think is going to happen?”

Anna Ziegler Merwin, 10, raised her hand. “So, I think, well, I know that one side will get wet, and one side will stay dry. But I think one side will soak up a lot of water in the cup, and the other side, I guess, stay dry and kinda stay the same as it was before.”

“Ok. Ok. That’s a good prediction,” Bartlett said as she placed the tray aside and began setting up the next experiment. The students wouldn’t know the answer until the very end of the session.

Moving from one experiment to the next, dripping water droplets onto a penny to demonstrate cohesion or surface tension, she then talked about sinking and floating. Using a plastic bin full of water, she dropped in a hand size rock, then a much larger pumice rock to show her wide-eyed audience why the former sank, and the latter floated.

Bartlett then took out several crayons. “Make your guess,” she said before dropping in a yellow-colored crayon. “Sink or float? Thumbs up, thumbs down.” The crayon seesawed towards the bottom. She took out a green crayon. “Up, it sank too. But it sank at a little different rate,” she said.

Then she dropped a red crayon that mysteriously floated diagonally; its tip pointed out of the water. Bartlett explained how different pigments or dyes in the crayon might weigh more or less.

In another sink-or-float experiment, the kids made predictions on whether a can of Coke or Diet Coke would sink or float. Bartlett spread a thin layer of clay on the tops of each can before simultaneously dropping them into the container. The iconic red can of cola hit bottom while the Diet Coke can bobbed on the surface.

“Does anybody have a guess or an explanation?” Bartlett asked.

Anna smartly responded, “Well, maybe, because they have different things in them like the Diet Coke has no sugar.”

“Exactly,” Bartlett exclaimed. “There’s more sugar in the Coke and less sweetener in the Diet Coke, so the Diet Coke is lighter and floats, and the Coke is more dense and sinks.”

At the end of the lesson, Bartlett held up to the camera the red tray with the two plastic cups resting atop. One end of the rolled-up paper towel drooped in the dry cup, having absorbed more water from the full cup. Over time, she explained to the kids, water will slowly travel from one end of the paper towel to the other and trickle into the empty cup. She said it’s an example of how adhesion overcomes gravity.