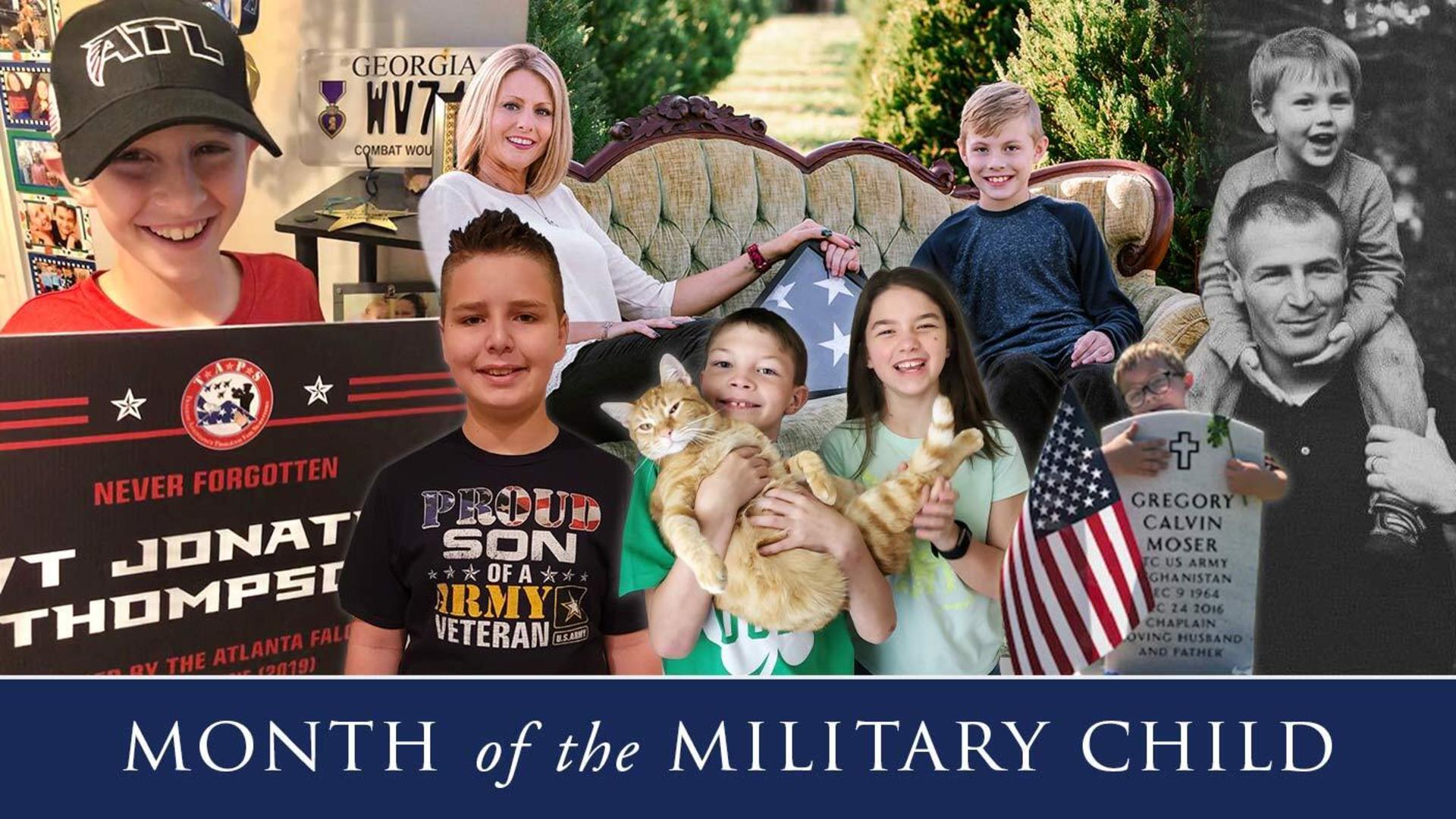 As we continue to celebrate Month of the Military Child, the Gary Sinise Foundation is proud to share the stories of the military children we have had the honor of serving. Earlier this month, we highlighted some of our work helping military families and the children who serve alongside their parent or guardian. Now, we would like to spotlight some of the Gary Sinise Foundation Snowball Express kids who have paid the ultimate sacrifice of losing a loved one as told by their surviving parent. 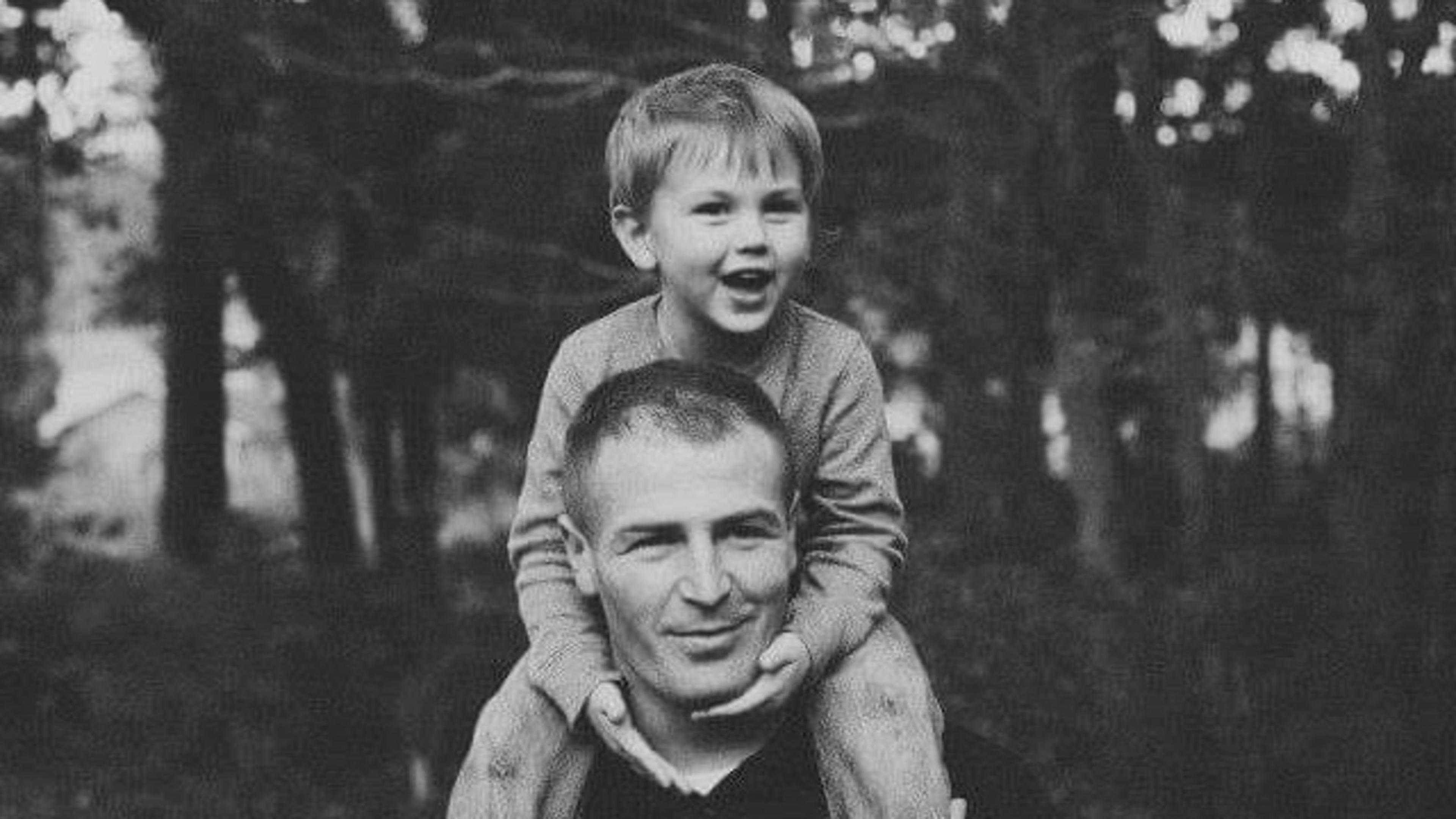 Braydon Gilray is a 10-year-old military child born in beautiful San Diego, CA, where his father served as an active-duty Marine at MCAS Miramar. Even before Braydon was born, he was accommodating the life his father lived to serve our country and his Marine Corps brothers. Braydon's dad, Donnie, was the star quarterback for the Marine Corps football team and led the Falcons to four championships on the West Coast. However, it was around the age of 2 that his father’s deployments began. Braydon went without his dad for many milestones, birthdays, Christmases, and special holidays. As if the deployments weren't hard enough, at the age of 5, Braydon then became the son of a Drill Instructor at MCRD Parris Island in Beaufort, SC. He would only see his dad fall asleep and run in and out of our home for about three years. On March 8, 2020, Braydon lost his hero and best friend. It was not a week later that Braydon started to take on the role of "man of the house." This year, despite his tragic loss and new lifestyle, Braydon received Student of the Month for compassion, was accepted into the National Elementary Honors Society, and has had excellent grades and attendance.
– Katy Gilray 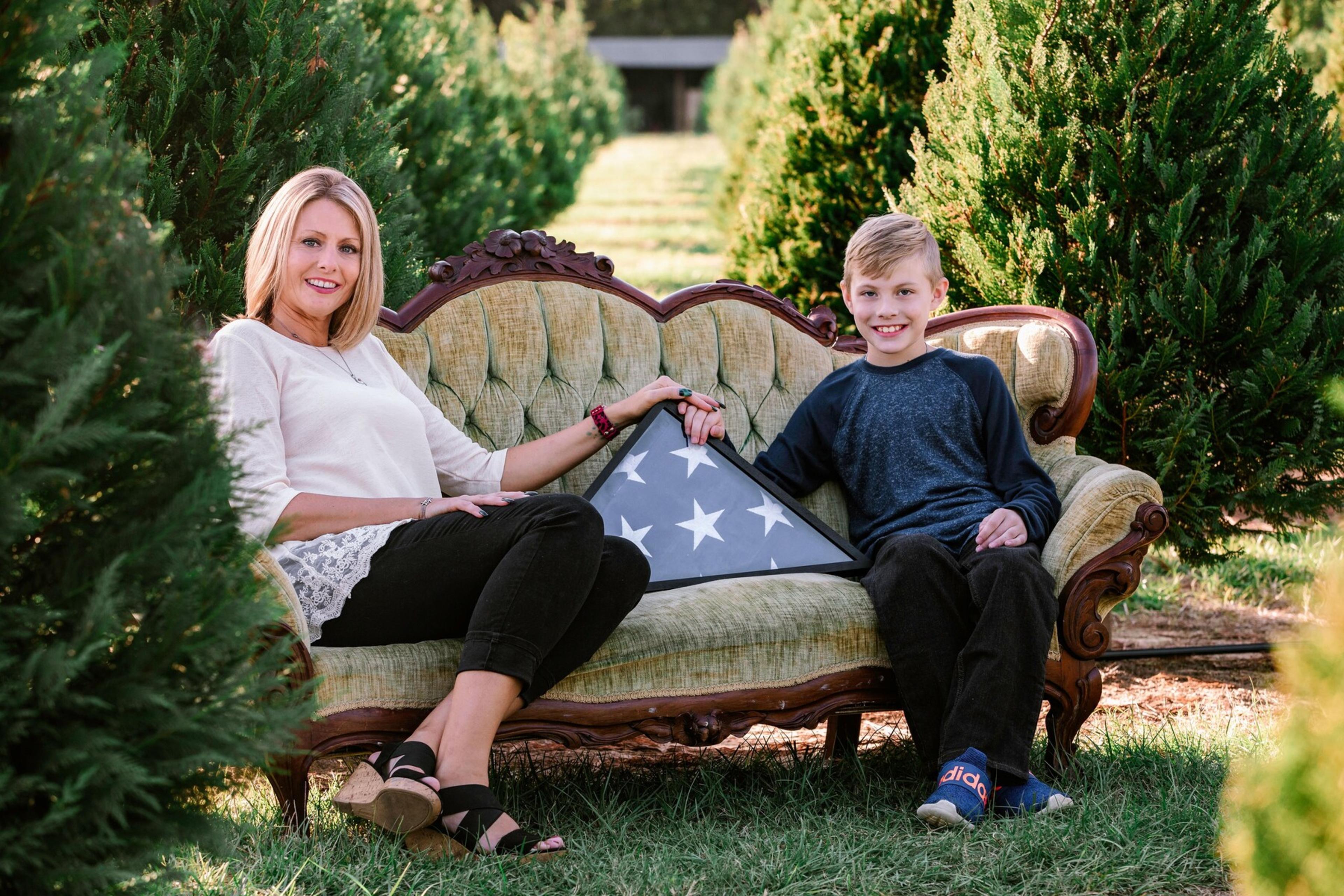 Declan Perkins was born to U.S. Navy Petty Officer 1st Class Nicholas Perkins on Veteran's Day, November 11, 2010. Though Declan dealt with more deployments than he did having his father home, he stayed positive and never complained. Declan was so proud of his father when he made – Chief Petty Officer just a year before his death on September 17, 2017. His father's death hit him hard, as you would imagine, yet he has never hardened. He is still a loving little man who dreams of going to West Point one day in the future. Seeing his pride for this nation keeps his mother in awe of the man he will be one day. This life isn't for everyone, but sharing being a military brat with him is something neither one of us would change.
– Melissa Perkins 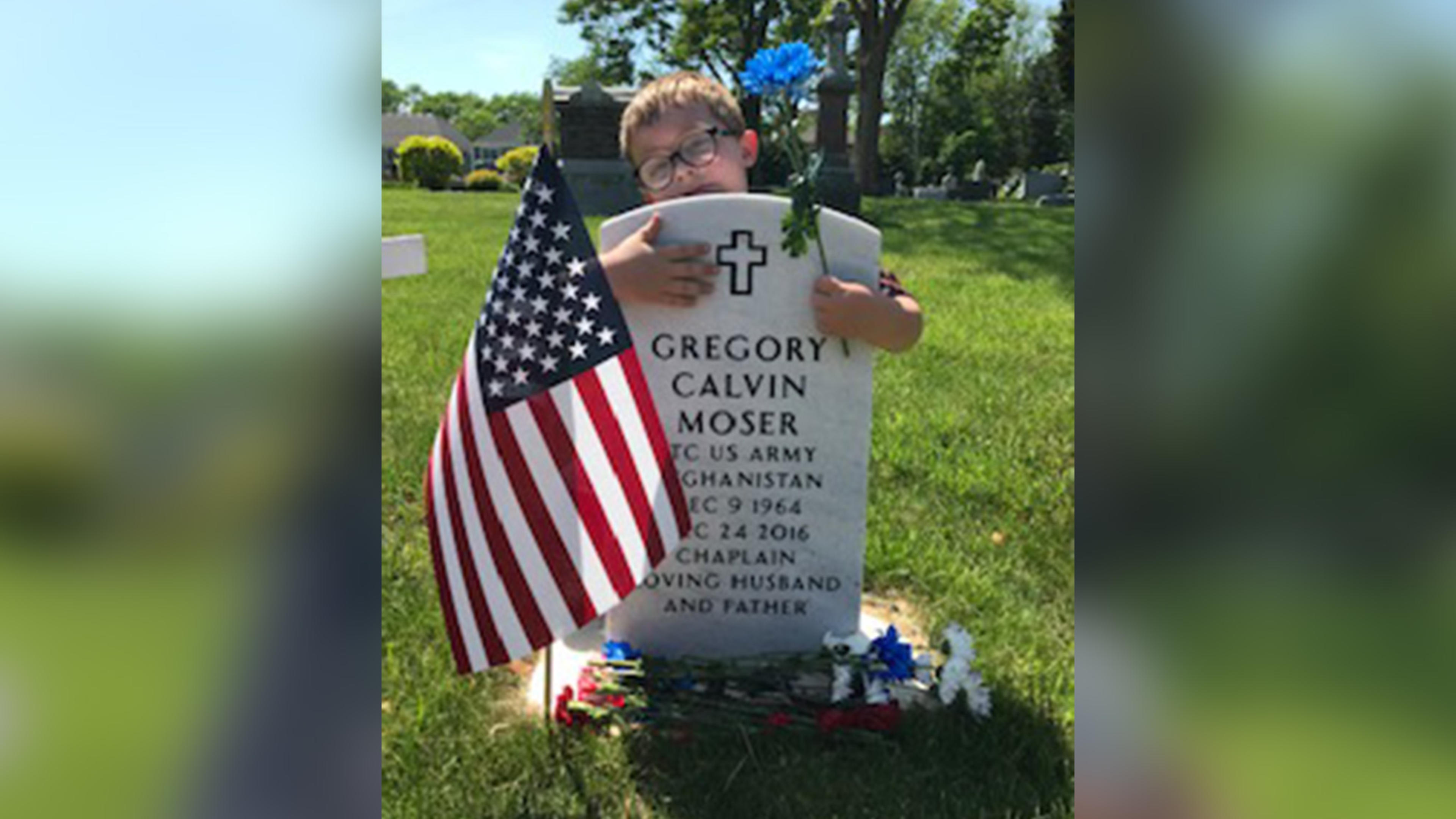 Liam is a Gold Star National Guard child. From the earliest ages, he was used to his dad being gone and knew that – as a Chaplain – his dad was helping and serving the soldiers who protect and defend us, and he has never been anything but proud and supportive of the way his family has served. But since becoming a Gold Star child, Liam has embodied the very dearest wishes of his parents more than he knows. He has had to adapt to deep loss and huge life changes, including a cross-country move just one month before the COVID-19 shutdown. He is only seven years old, but he has risen to every challenge our family has faced, and he has done it with a smile on his face and love in his heart.
– Jennifer Moser 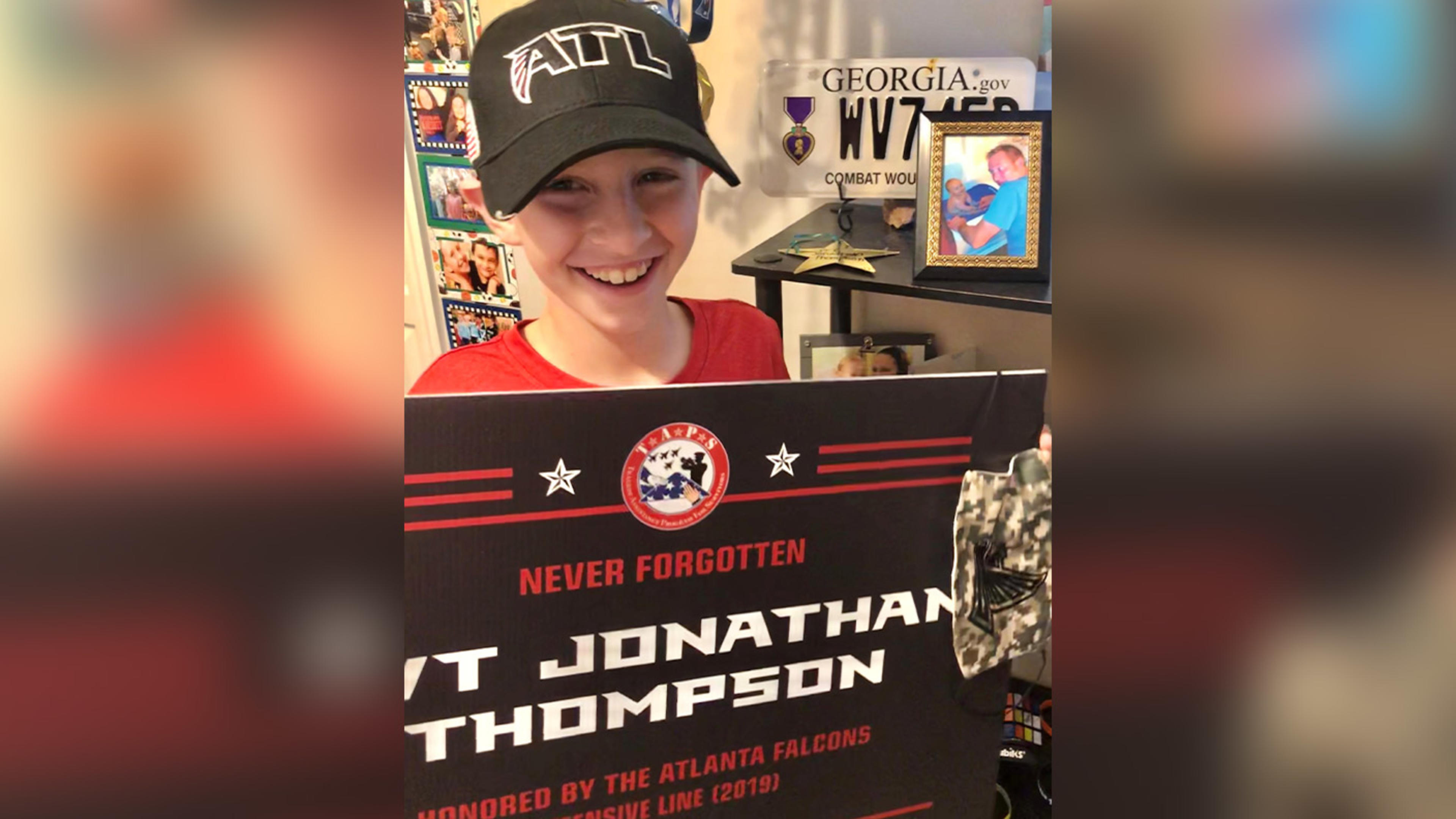 Landon Thompson is a nine-year-old who loves cheeseburgers, playing soccer, and swimming. He is in all honors classes but knows how to party too! Landon is an animal lover, and especially loves dogs. He lives life to the fullest! His favorite vacation spot is Myrtle Beach, SC. Landon only knew his "dada" for one year. Landon's father, Jonathan, passed away six days after Landon's first birthday. We love and miss him dearly! We are very proud to be a part of the GSF family.
– Natalie Osborn