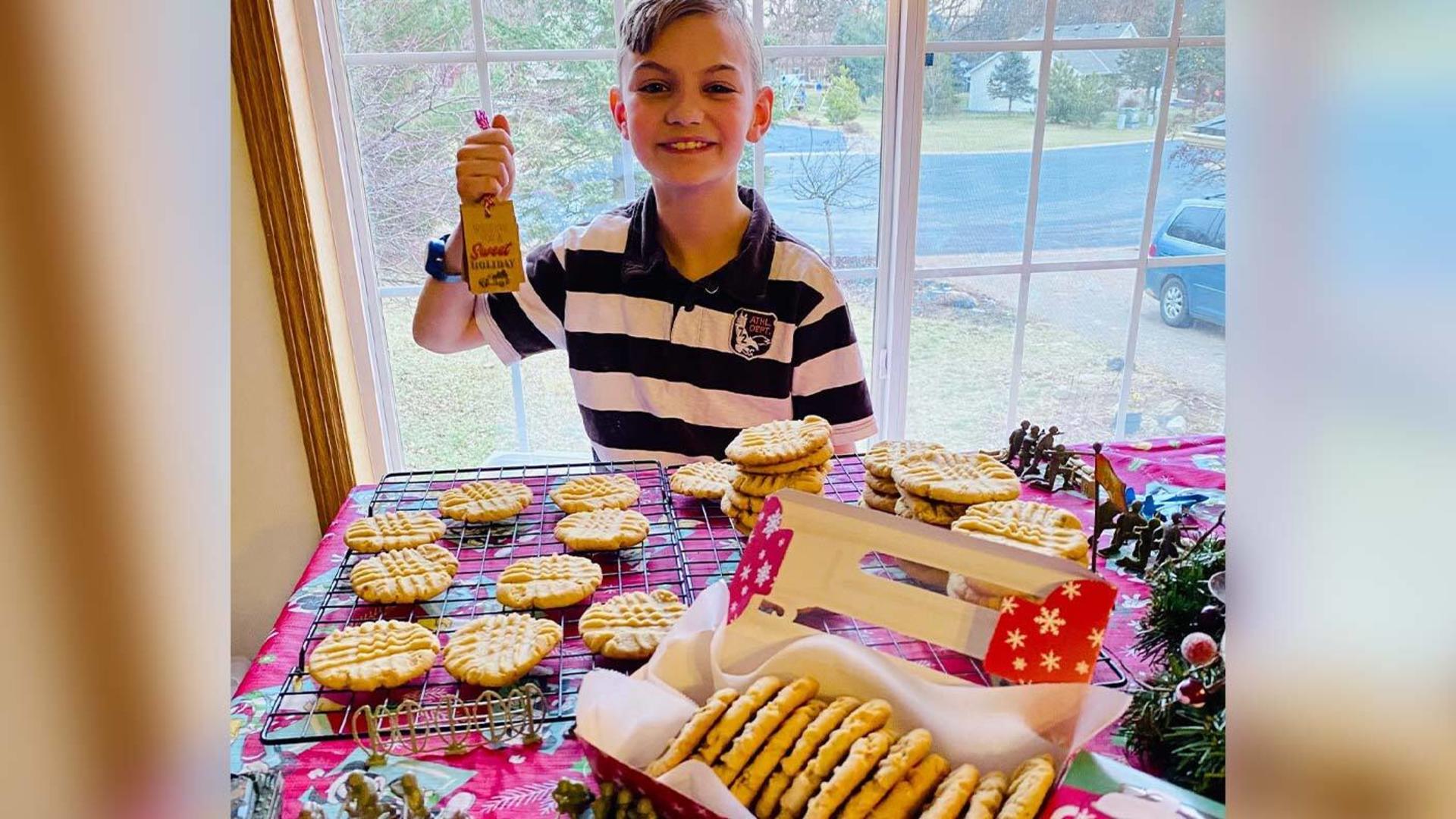 For one week last December, the Thompson family’s kitchen table felt a lot like Fort Knox.

Two plastic Army scouts stood watch in the middle of the table as their fellow troops took up defensive positions. Their rifles, flame throwers, and bazookas held steady. Shoulder-high bunkers protected them on the Disney character-themed tablecloth. If heavy artillery or air support were needed, the figurines could call in the die-cast camouflaged tank or a hand-sized fighter jet positioned on one side of the fortified perimeter.

Like the Army garrison in Kentucky, the kitchen table was impenetrable — it had to be. Safeguarding mounds of homemade cookies as they rested on wire cooling ranks was a no-fail mission for ten-year-old Morgan and his mother, Kate.

Over a four-day span, the mother-son confectionary duo collectively baked 37 dozen cookies (444 for those counting), selling them to friends, family, neighbors, and teachers at Morgan’s elementary school for $10 a dozen. The Thompson’s donated the $390 profit to the Gary Sinise Foundation.

“He likes that it serves lots of different people,” his mother said. Morgan also chose the foundation to honor his grandfather, Dave Thompson, a Vietnam veteran who served in the Navy’s Underwater Demolition Teams and SEALs.

From their kitchen in Taylors Falls, Minn., Morgan and Kate baked three different cookie varieties: peanut butter, chocolate chip, and oatmeal cranberry dark chocolate. But the budding history scholar took it a step further by making a treat savored by American soldiers fighting in the trenches in France and elsewhere on the Western Front.

“When I looked at my World War One book,” the third grader explained about his inspiration for making a Red Cross War Cake, “it had some people who headed the Salvation Army, and they would make doughboy cakes for the soldiers because they didn’t have food there.”

​According to the recipe, the cake requires three cups of flour and incorporates dried raisins soaked in orange juice (or rum), which acts as a preservative. Combined with brown sugar, pecans or walnuts, cinnamon, and other ingredients, the moistened cake could then survive the transatlantic crossing before reaching the doughboys at the front.

Between Kate’s Facebook posts, friend’s word of mouth, and help from Morgan’s caseworker at Taylors Falls Elementary School, the fundraiser shattered the Thompson’s expectations. “It was really a lot to make from the home kitchen, but we had a lot of fun doing it. It was very special,” Kate said.

When he first heard about his grandson’s cookie fundraiser, Dave Thompson chuckled, saying, “I thought this is really going to be something to see.” He and his wife Sharon were impressed at how well Kate and Morgan responded to daily surges in cookie orders. When their order of chocolate chip and peanut butter cookies arrived at their home in Wisconsin, Thompson said, “We’d get the vanilla ice cream and smear it on top of them.”

Thompson was proud of his grandson, but for another reason. Grandpa Dave, as Morgan calls him, is his hero. And it’s his hero who is helping Morgan cope with autism.

“You can adapt, for a boy his age who grows older,” Thompson said. “And you can try and teach him the character that a man needs to develop, always pointed to the character of our Lord Jesus Christ, and how adverse things that happen to us are turned into good.”

Drawing on lessons he learned in the military and from his faith, he said, “I try and incorporate that in his life and in his thoughts as much as I can because I know that this is the stuff that is going to build him and his character into the man who will be appreciated by those around him.”

Selling cookies and using the proceeds to help veterans didn’t surprise Bill Hoefler, Morgan’s special education teacher. “This is who Morgan is, regardless if he’s on the spectrum or not,” Hoefler said. “He’s just a regular ten-year-old kid that found something that he has a true interest and compassion for, and he just kept with it.” Hoefler posted flyers about Morgan’s fundraiser in the faculty lounge; the fundraiser also got a shout out in the school’s newsletter. 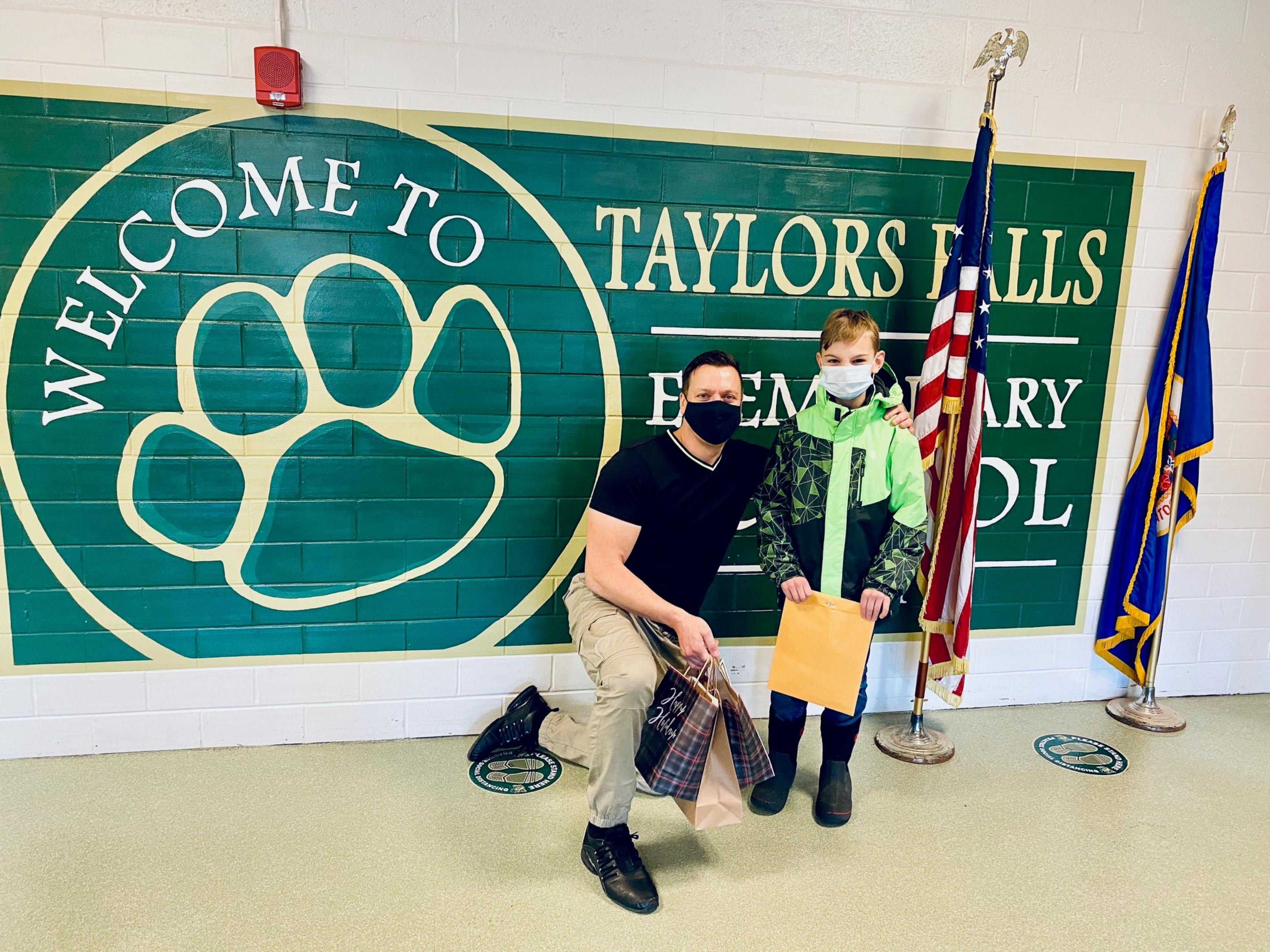 The first ideation of the fundraiser saw Morgan raiding his parents’ pockets looking for loose change. He then turned his attention to the kitchen and the earthenware jar labeled “Rainy Day Fund” as another source of liquidity. As an alternative to his son pilfering their pockets and savings, Morgan’s father, Jeremy, suggested he bake homemade cookies. Coronavirus or not, it was the holiday season.