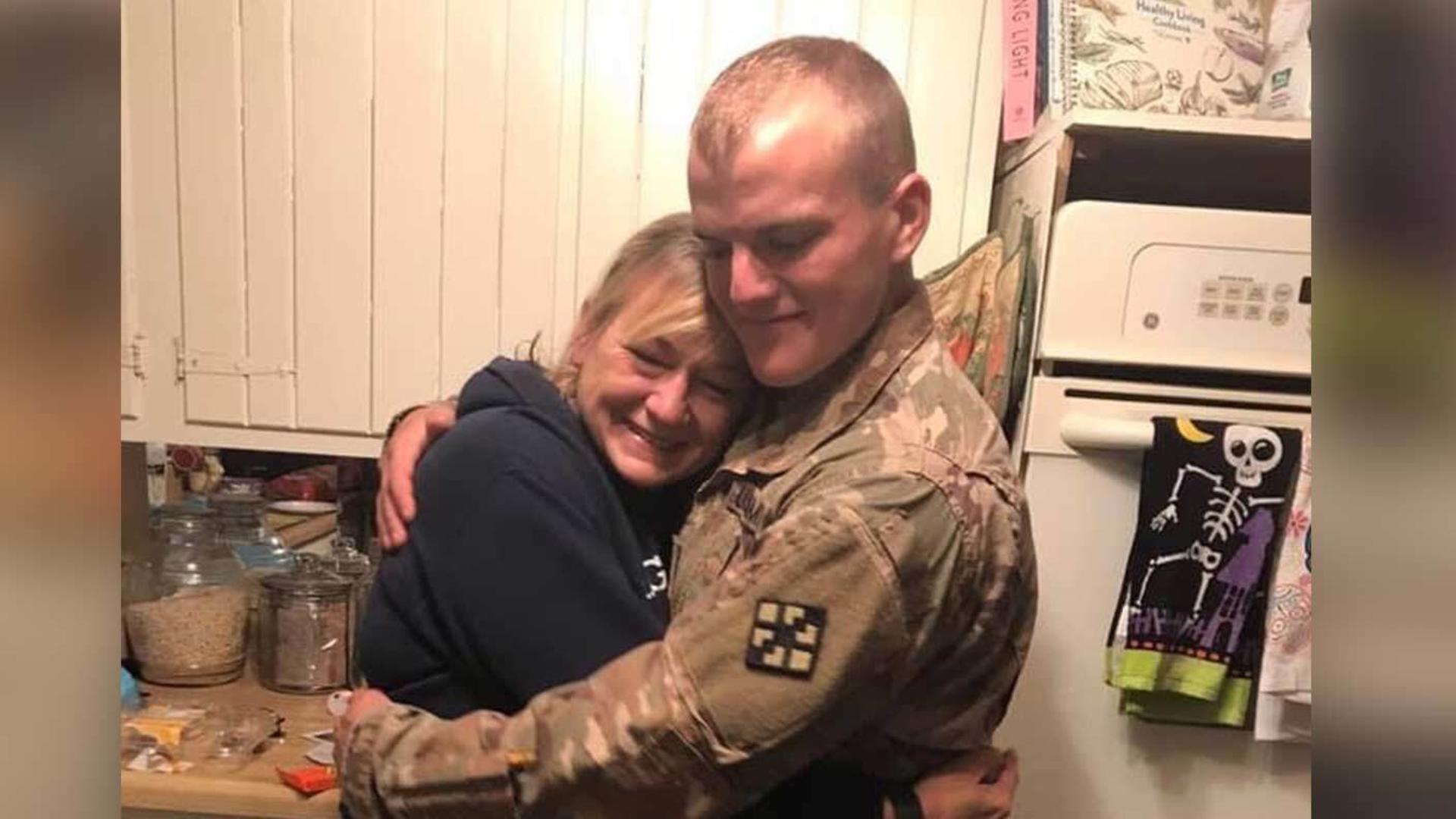 Tears trickled down his mother’s face as Hunter Large, a 23-year-old specialist in the Army Reserve, embraced her in his arms. "Oh my God, I missed you so much,” she said to him. The surprise visit in New Brighton, Pennsylvania, last October was every bit as joyful as it was a celebration. He had spent 400 days deployed to the Middle East.

The festivities, however, were shortlived.

"God doesn’t put anything on your plate that you can’t handle — either it’s to help you grow, it’s to give you an experience, to learn, to make you a better person,” Large explained about his challenges that defined the better part of this year.

"You can’t have a good life without having some kind of difficulty along the way.”

In the first six months of 2020, Large experienced a fair share of difficulty that took him by surprise.

During the deployment, his tuition at Slippery Rock University in Pennsylvania went unpaid. The balance he owed ballooned to more than $5,600. The outstanding debt effectively halted his progress towards a bachelor’s degree in exercise science.

Large explained that the problem stemmed from his mother, Sheri, who was in charge of his finances while away, who mistakenly missed tuition payments. Instead of paying the school, she was paying the interest and principal on his student loans.

Coming up with the money was a problem. Large didn’t have a job lined up when he returned to Pennsylvania and the monthly stipend he received from the Army Reserve, barely cut it. Having survived small arms fire and mortar attacks in Iraq and Syria, he was now fending for himself — two months after his homecoming. 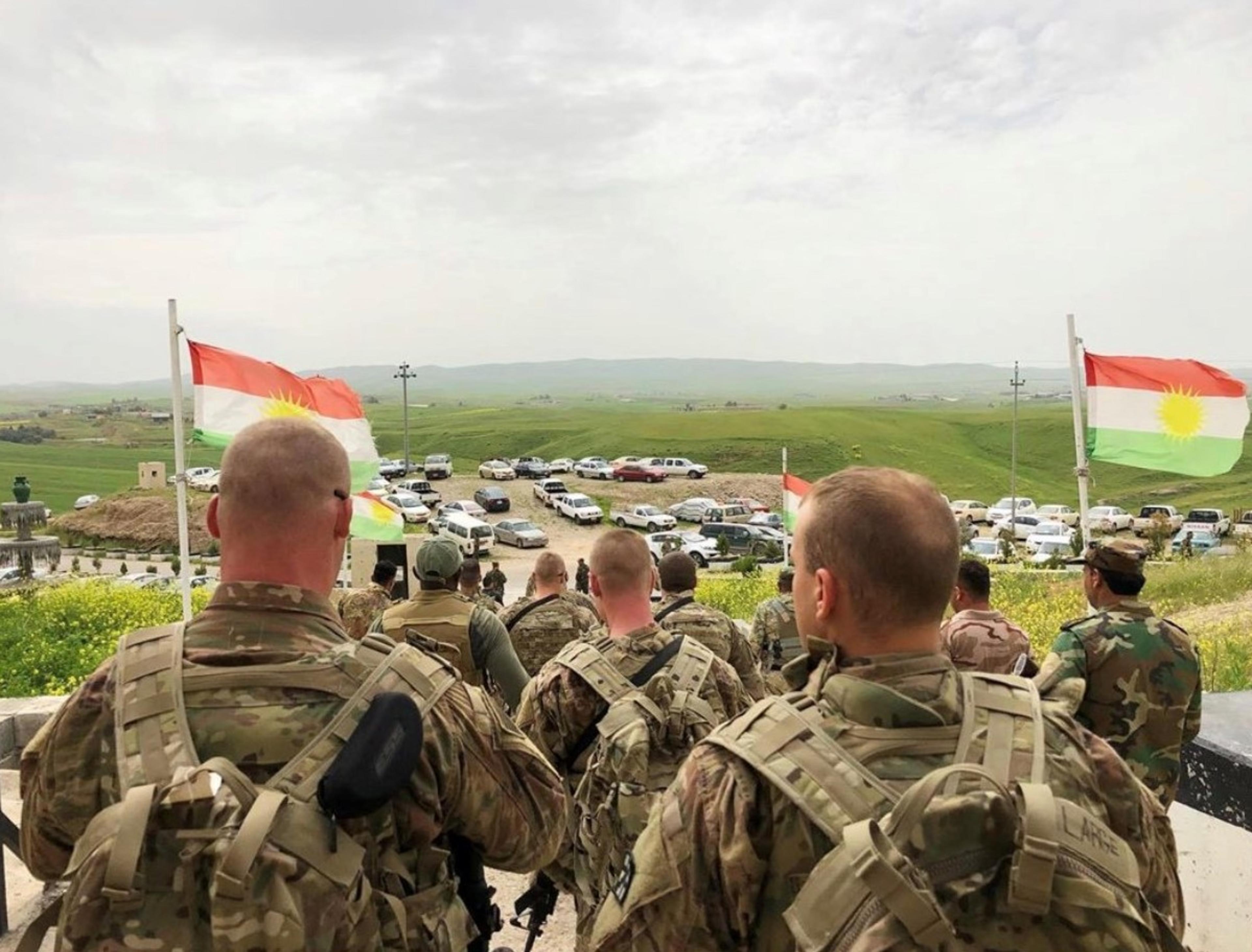 Large bunked with his twin brother, Steven, and girlfriend in Coraopolis, Pennsylvania, his first month back. But living in such close quarters began to fray their relationship. He then relied on the hospitality of his friends, sleeping on their couch for weeks on end.

When Large wore out his welcome, he resorted to sleeping in his truck. "It was pretty hard,” he remembers. And with the spread of COVID-19 came a dearth of job opportunities.

Large was determined to overcome his circumstances on his own merit, yet, as the more time passed, the clearer it became he wasn’t getting anywhere. His reticence to ask for help and clear up the outstanding debt moved him further away from going back to school and moving forward with his life.

It wasn’t until May when he came to terms with his situation and began outreach in earnest. The Butler Veterans Affairs connected him to Pittsburgh Mercy and PA Serves, who arranged a hotel room for him to live temporarily. With housing taken care of for the next month, Large then had time to right the ship of his financial and personal obligations, which is when he turned to the Gary Sinise Foundation.

Among the foundation’s four initiatives in its Relief and Resiliency program, H.O.P.E. (heal, overcome, persevere and excel) addresses the financial needs of service members, veterans, first responders, and their families.

A few weeks went by after Large submitted an application seeking financial support when he received a phone call informing him that the foundation would cover the remaining balance he owed Slippery Rock University.

"I was so used to worrying about everything and thinking, ‘what am I going to do?’ and ‘what can I do next?’” he said. Today, Large finds himself unburdened by debt, his focus squarely on school, and continuing to serve in the Army.

While COVID-19 has reshuffled some of his plans, Large is already enrolled in online classes and is working for a local construction company. He even managed to get married in May.

"I’m just so relieved because I was working very hard for months to try and figure everything out,” he said.

Looking back on his struggles and thinking about his present circumstances, Large is keenly aware of the hurdles he surmounted, and the outsized support played by the Gary Sinise Foundation and others, in getting him to where he is today.

"I’m enrolled at the VA, I’m getting back into school, I have a good job, I have a place to live, I’m happily married,” he said.

"Everything is going really well.”