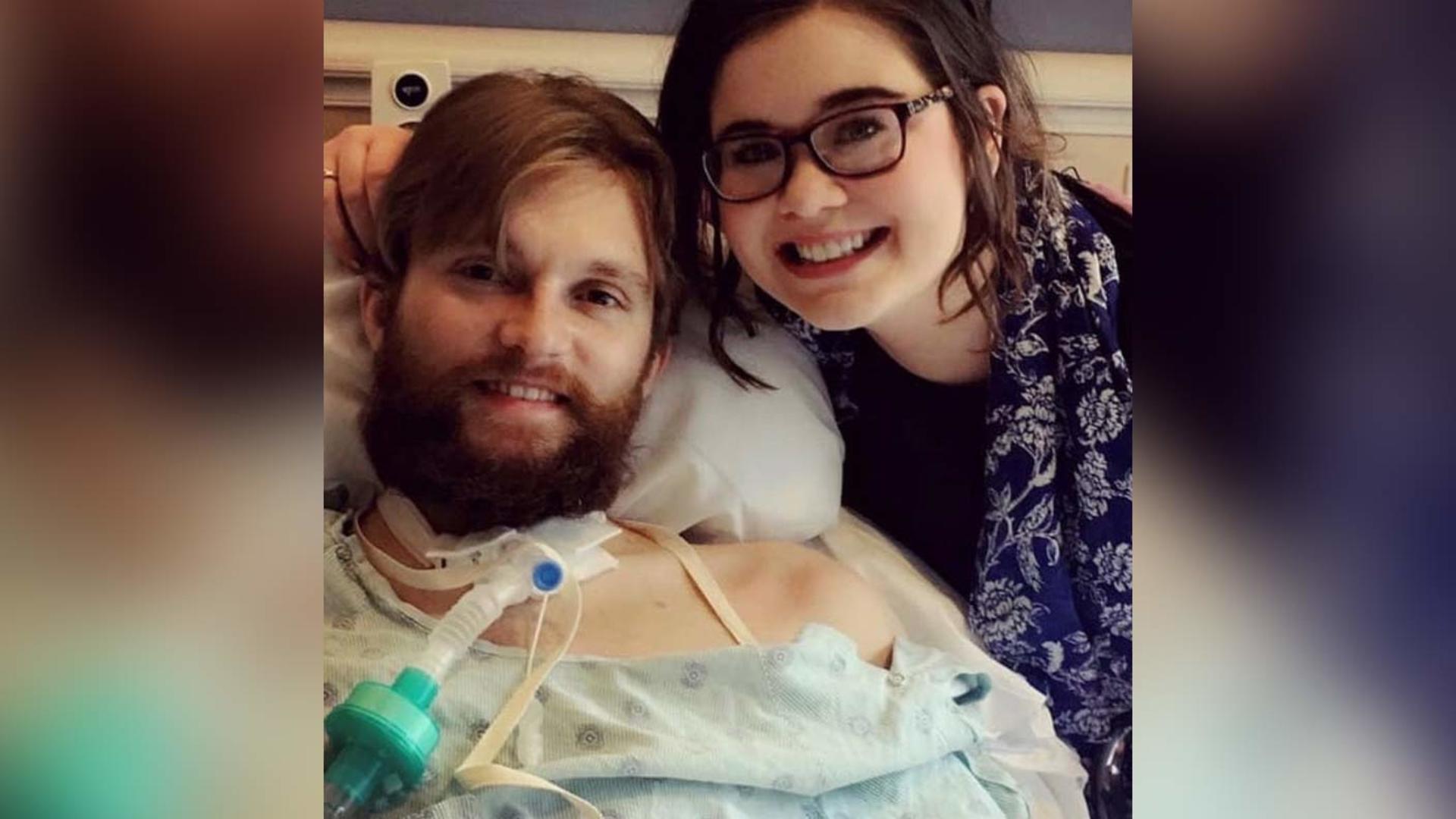 The desert below was blanketed by the night sky as the plane carrying Sergeant Austin Gibson, and his fellow Force Reconnaissance Marines flew overhead. They were in the midst of military free-fall school outside Coolidge, Arizona, and the upcoming jump was one more box they would check to become qualified for high altitude low opening (HALO) special mission units.

Two minutes before reaching the drop zone, the elite team began making their way towards the exit ramp at the back of the plane. Dressed head to toe in combat gear weighed down by 85-pound rucksacks — breathing through oxygen tanks attached to their bodies —  they checked each other’s equipment one last time.

One month after the November 6, 2018 jump, Gibson awoke in the intensive care unit with his wife, Michaella, at his side. He has no memory of what happened.

"So, Dad, what do you think of the Marine Corps?” Michaella Power asked at one point during their drive in Contae an Chláir, Ireland. She played it safe by dropping subtle clues in their conversation that alluded to her dating a United States Marine.

"They’re the best of the best,” her father responded which made Power feel somewhat at ease. She then thought, "Maybe he’ll like him when I introduce him.” 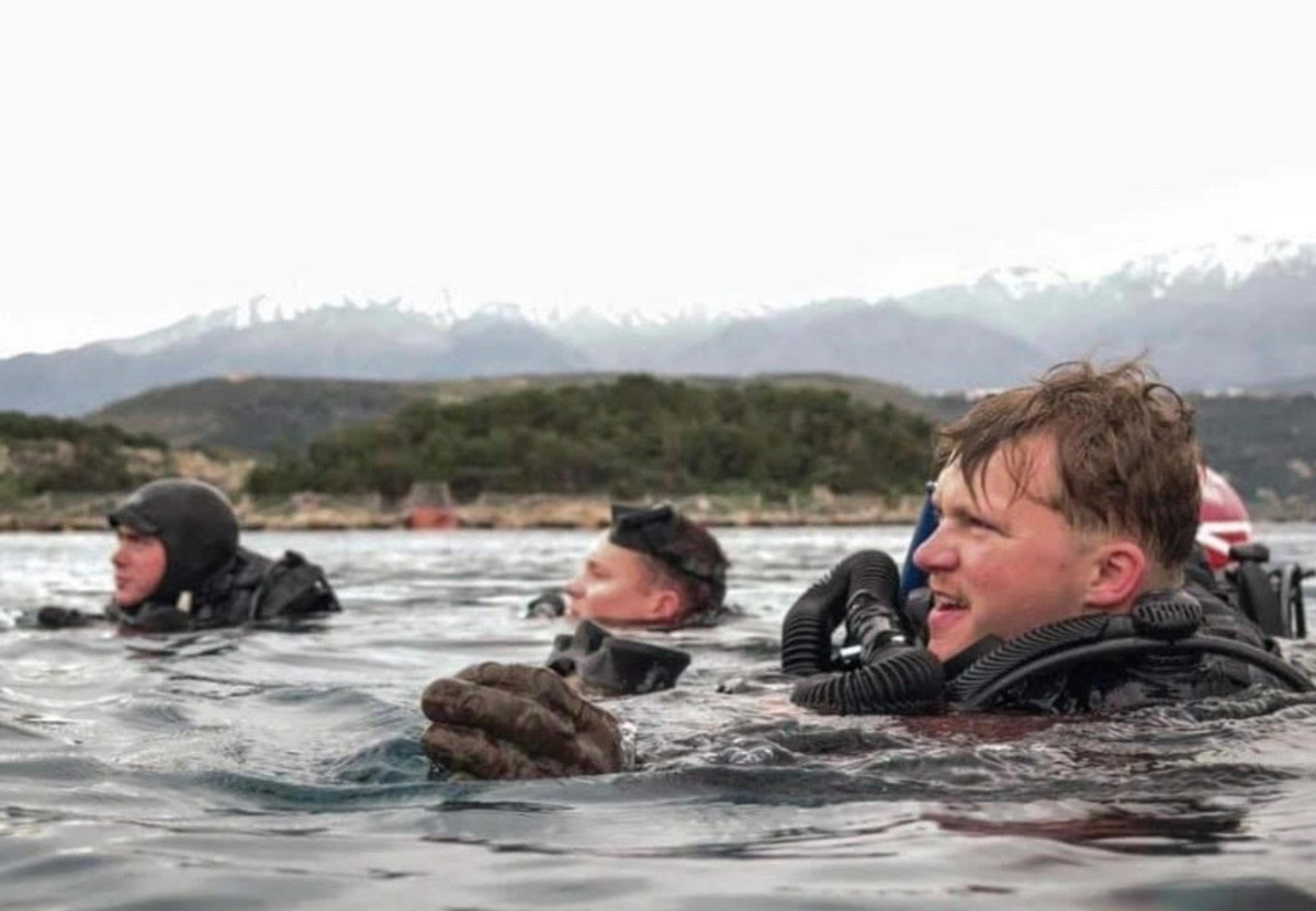 For more than a year, Gibson and Power messaged each other back and forth near-daily after matching on the dating app, Tinder. "She didn’t talk to me for like three months,” Gibson quipped as he recalls the origins of their long-distance relationship.

At the time, he was living in North Carolina while she was in Ireland (Power holds dual citizenship). To bridge the thousands of miles that separated them, they saw each other over FaceTime.

"We just really, really clicked,” explained Power, who eventually left Ireland in June 2017 to "take a chance” and live with Gibson. Four months later, they married in Wilmington, North Carolina. Through thick and thin, they have been each other’s loyal companion.

Gibson grew up in Leon, Iowa, a small, blue-collar city where seemingly everyone knows everyone. At Central Decatur High School, he was a multisport athlete and a standout 100-meter sprinter on the track team. Nothing was given to him. It was earned.

"If you’re going to start something, you’re going to finish it,” he said about his work ethic that was instilled in him by his parents and through labor-intensive jobs he held during his adolescence.

In 2013, Gibson enlisted in the Marine Corps, having spent a year in community college but felt like he wasn’t going anywhere. "I just wanted to get out of the small town and go explore...and actually do something that was important,” he said. After breezing through boot camp at Marine Corps Recruit Depot San Diego, Gibson faced a far greater challenge when he arrived at Basic Reconnaissance Course (BRC).

Three physically and psychologically grueling months of training stood between him and his goal of becoming an elite Force Reconnaissance Marine. Night after night, he went to bed fatigued beyond anything he had ever experienced. Waking up each morning before sunrise and embracing the hell that awaited him and the others he told himself, "I’m not going to quit today, I’m not going to quit today.”

When he graduated from BRC, Gibson felt a sense of accomplishment that was hard-earned and unrivaled. "I felt very proud and honored to be a part of that community.” He was no longer a Marine. He was a Recon Marine.

The same attitude and grit he relied on to overcome one of the U.S. military’s most demanding advanced training schools, would prove critical when a training accident nearly robbed him of his life.

The directive from the doctor was clear: Get to Arizona as quickly as you can.

Michaella Gibson was beside herself as the doctor described to her over the phone the severity of Austin’s injuries. ​​He was paralyzed from the neck down and breathing through a ventilator after snapping his neck and rupturing his spine at the C2 vertebra.

She didn’t know until later that Gibson had died on the drop zone as he was dragged along the desert floor by his parachute. He miraculously recovered after a special amphibious reconnaissance corpsman (SARC) intubated and revived the unconscious Marine before a medevac helicopter flew him to the hospital.

For the next ten and a half months, Gibson endured multiple surgical procedures and fought through respiratory failure, infections like pneumonia and bronchitis, and spikes in his blood pressure. "He was one foot in the grave,” Michaella Gibson recalls of several agonizing moments during the initial months of treatments.

Their scheduled move to Okinawa, Japan, where Gibson was to join the 3rd Reconnaissance Battalion, 3rd Marine Division, was nixed.

Medical teams at the outset expected Gibson to live the rest of his life relying on tubes connected from his body to machines for feeding and breathing. They presumed he would never feel sensation below the neck.

But what they failed to take into account is that Austin Gibson is a Marine, and like all Marines, he is trained to fight to win.

In less than two years since he slammed into the ground — the exact cause of the accident remains unknown — Gibson is already regaining strength and dexterity in his arms and fingers. He can feel sensation below his chest and on his left leg. And he can breathe independently of a ventilator for nearly five hours.

Said Gibson, "The odds are very stacked against me, but it’s not impossible for me to get off the vent.”

Last August, the Gary Sinise Foundation held an online fundraiser to pay for an adapted pickup truck to accommodate Austin Gibson’s mobility needs. Donations poured in from across the country. The goal of raising $20,000 shattered within 24 hours when the final tally came out to $31,765.

"That has helped us get back to a new normality,” Michaella Gibson explained about the truck whose passenger-side doors open up in the shape of a gull wing. Unlike their minivan, which made loading and unloading Austin Gibson’s wheelchair a frustrating, time-consuming ordeal, the truck is just the opposite.

"I don’t know what I’d do without support from the Gary Sinise Foundation.”

The first real drive Austin Gibson took in his specially adapted pickup truck was in May on the night of his 26th birthday. With his high school buddies in tow, they drove up and down the backroads of Van Wert, Iowa, cruising through their old stomping grounds. They had the windows rolled down as Merle Haggard, Justin Moore, and Hank Williams blared from the speakers.

Gibson felt a sense of independence wash over him. He was happy. During those few hours late in the night, it was as if he was unshackled to his wheelchair and free of paralysis.

For a moment, Gibson felt restored to his former self.

* Since the publication of this story, Austin Gibson succumbed to his condition and passed away on August 10, 2020. The Gary Sinise Foundation extends its heartfelt condolences to Austin's wife, Michaella, and the Gibson family.