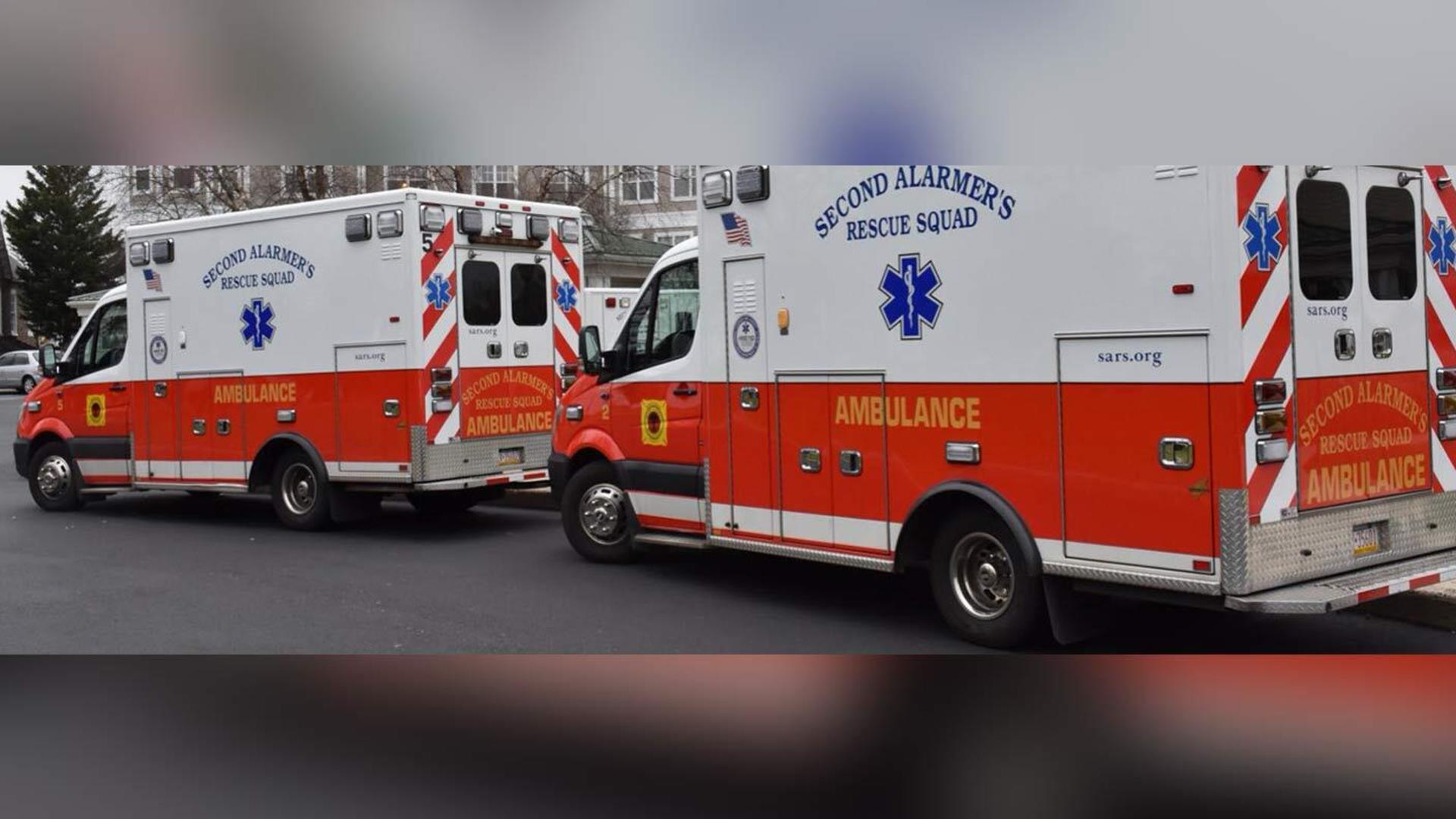 On the evening of March 9, Ken Davidson, assistant chief of Second Alarmers Rescue Squad in Montgomery County, Pennsylvania, stood in front of the board of directors to address the crisis unfolding across the county attributed to the novel coronavirus (COVID-19).

The candid exchange left no room for ambiguity, a sober reality not lost on anyone.

"I need to make sure we take care of our people,” Davidson expressed to the gathered members about the need for purchasing greater amounts of personal protective equipment (PPE) for his crews at five stations dotted around the region.

They, in turn, replied, "Do what you have to do, and we’ll figure it out.”

Founded in 1938, Second Alarmers Rescue Squad (SARS) was born out of the ashes of a blaze that destroyed a lumber yard in Abington Township in Montgomery County. Veteran firefighters from the area realized then the need for an emergency medical services (EMS) force to supplement local resources.

Modeled after the City of Philadelphia’s Second Alarmers, SARS provides 9-1-1 EMS in seven municipalities across the county lying northwest of Philadelphia.

In a given year, they respond to upwards of 12,000 emergency calls across 56-square-miles of eastern Montgomery County, explained Davidson, who has been with the rescue squad since 1992.

In March, hospitals and first responder departments nationwide scrambled to purchase large quantities of N95 respirator and surgical masks, sterile gowns, and disinfectant wipes. Manufacturers too, found themselves experiencing an unprecedented surge in orders, and a sudden strain on the ability to meet these outsized needs.

Prices for these items skyrocketed as demand failed to keep pace with supply. For SARS, a nonprofit whose budget is reliant on grants, donations, and reimbursement by Medicare for its services, the coronavirus presented a precarious scenario.

Days after Pennsylvania Governor Tom Wolf issued stay-at-home orders for Montgomery County and six others on March 23, the volume of calls SARS responded to began falling by the wayside.

"We went from an average of 24 billable calls a day down to about 16,” explained Davidson. The decrease in calls meant two things: a loss in revenue (fewer reimbursements) and an increase in expenses (purchasing additional PPE).

In the lead up to the first wave of COVID-19 infections in Montgomery County, Davidson explained that SARS had built up a modest stockpile of PPE over several years.

Ordinarily, he explained, first responders might wear a protective gown once a month while responding to a call. "We don’t deal with that many patients that are contaminated or that are a serious transmission issue.” 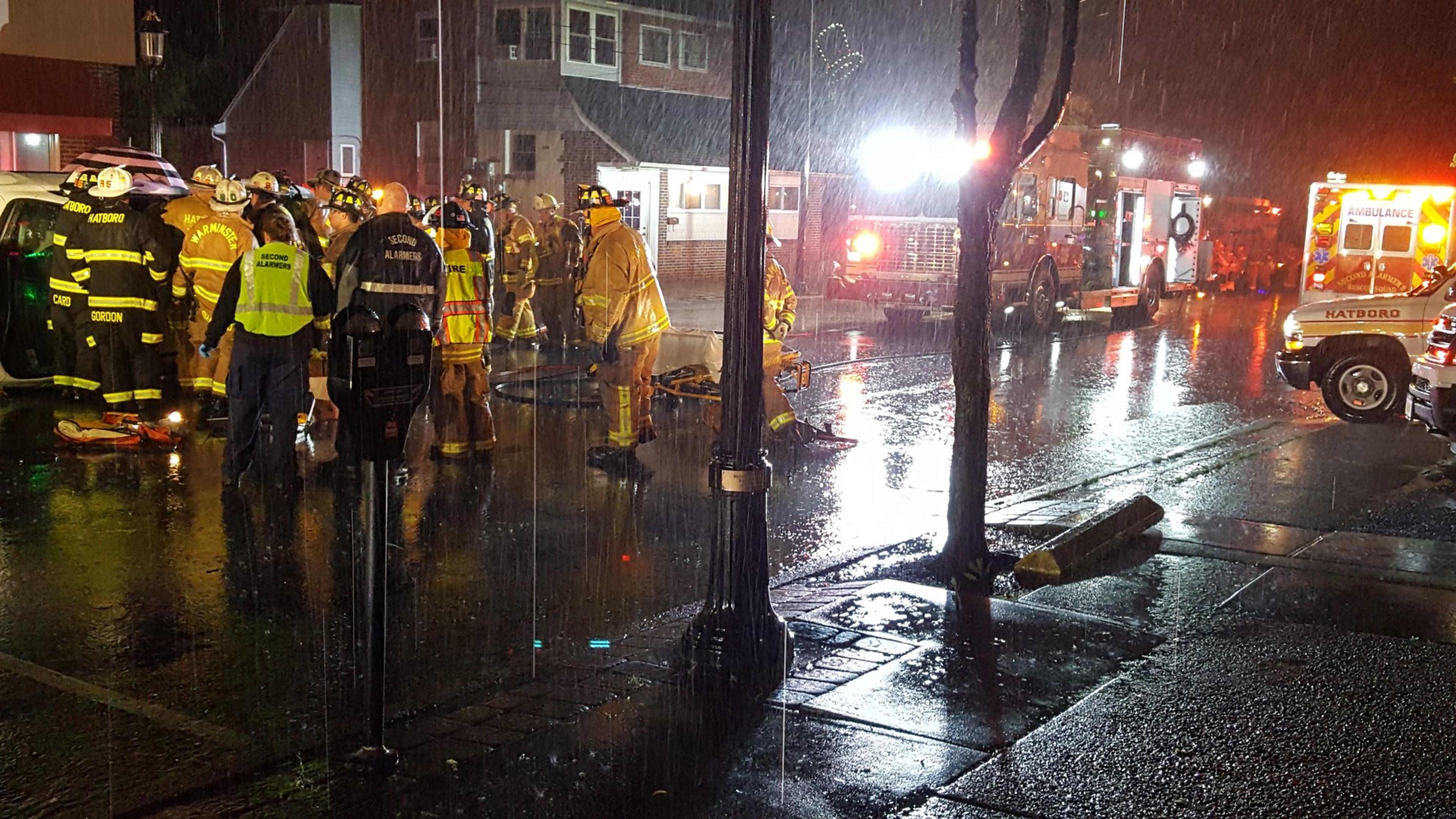 What used to be a purchase order for 50 protective gowns in a given year has since evolved in step with the COVID-19 crisis. Now, SARS is ordering well over a thousand gowns per month.

As a result, the arithmetic Davidson used to budget for PPE, what was once a sufficient quantity on hand of say, N95 masks, has been upended.

Before COVID-19, the adage was to keep a couple of hundred N95 masks for use throughout the year. Rarely were they needed in the day-to-day operations. Since March 16, however, Davidson has had to put in orders for thousands of more N95 masks to meet the growing needs of the department, with an eye towards the future.

"I want six-months of supply on my shelves so that, whether it’s round two of COVID-19 or whether in 2022 its another problem, we are ready to respond and able to.”

Montgomery County began experiencing cases of COVID-19, and deaths attributed to the respiratory disease, as early as the first week of March. It was around this time when a meeting was held that brought together 18 ambulance service providers from the area.

Gathered in the room were Davidson and other chiefs and senior leaders who discussed their options for paying for significantly greater amounts of PPE needed to combat COVID-19. As the conversation ebbed and flowed, the Gary Sinise Foundation was mentioned for its first responder grant program.

What caught Davidson’s attention wasn’t only the grant program but the availability of financial aid to first responders and their families. "One of the concerns our people had early on was, ‘What happens if I get quarantined because of COVID? What happens if I’m told I can’t work, how is that going to affect me?’”

It was reassuring, he said, to know that "If you end up out of work, if you end up in a financial situation, there are places you can apply, and Gary Sinise is one of them.”

When SARS received a grant from the Gary Sinise Foundation, they used it to cover the costs of three boxes worth of protective gowns (75 gowns in total) and 120 canisters of cleaning and disinfecting wipes (12,000 single-use wipes in total).

For SARS, the public health crisis is an opportunity to learn from the mistakes and successes of other EMS and first responder departments facing the coronavirus elsewhere in the country.

It has also ushered in a new playbook in how they deliver 24/7 emergency services.

The modus operandi now is wearing disposable face masks on every call. Patients needing assistance are fitted with a mask irrespective of their health. And after every patient transfer, ambulances are thoroughly disinfected.

The amount of PPE utilized day-in, day-out, reflects both the diligence SARS must take to keep safe on the job, while acknowledging the unseen and unbiased transmission of COVID-19. Every layer of PPE and every precautionary measure are needed.

In recent weeks, paramedics from Second Alarmers were dispatched to support a S.W.A.T. team before a mission. "We had to set up a mobile screening station, and as everybody reported, we had to go through quickly and take their temperatures and vital signs,” said Davidson.

At the end of the operation, paramedics then had to decontaminate each of the S.W.A.T. officers, requiring additional PPE. This is the new norm.

With some parts of the state already re-opened, Montgomery County officials are reluctant to follow suit until it sees a consistent downward trend in its curve of coronavirus cases. When that happens, when the stay-at-home order is lifted, what effect it will have on SARS’ call volume — and with that, their revenue and expense — remains to be seen.

For the time being, Second Alarmers Fire and Rescue Squad are planning for the likelihood of a second wave of COVID-19 infections likely to strike the county, and nation, later this year.

Said Davidson, "We want to make sure that when we come out of this, we don’t take it for granted that we were well stocked, to begin with, and that we rebuild that supply and start planning for the future.”