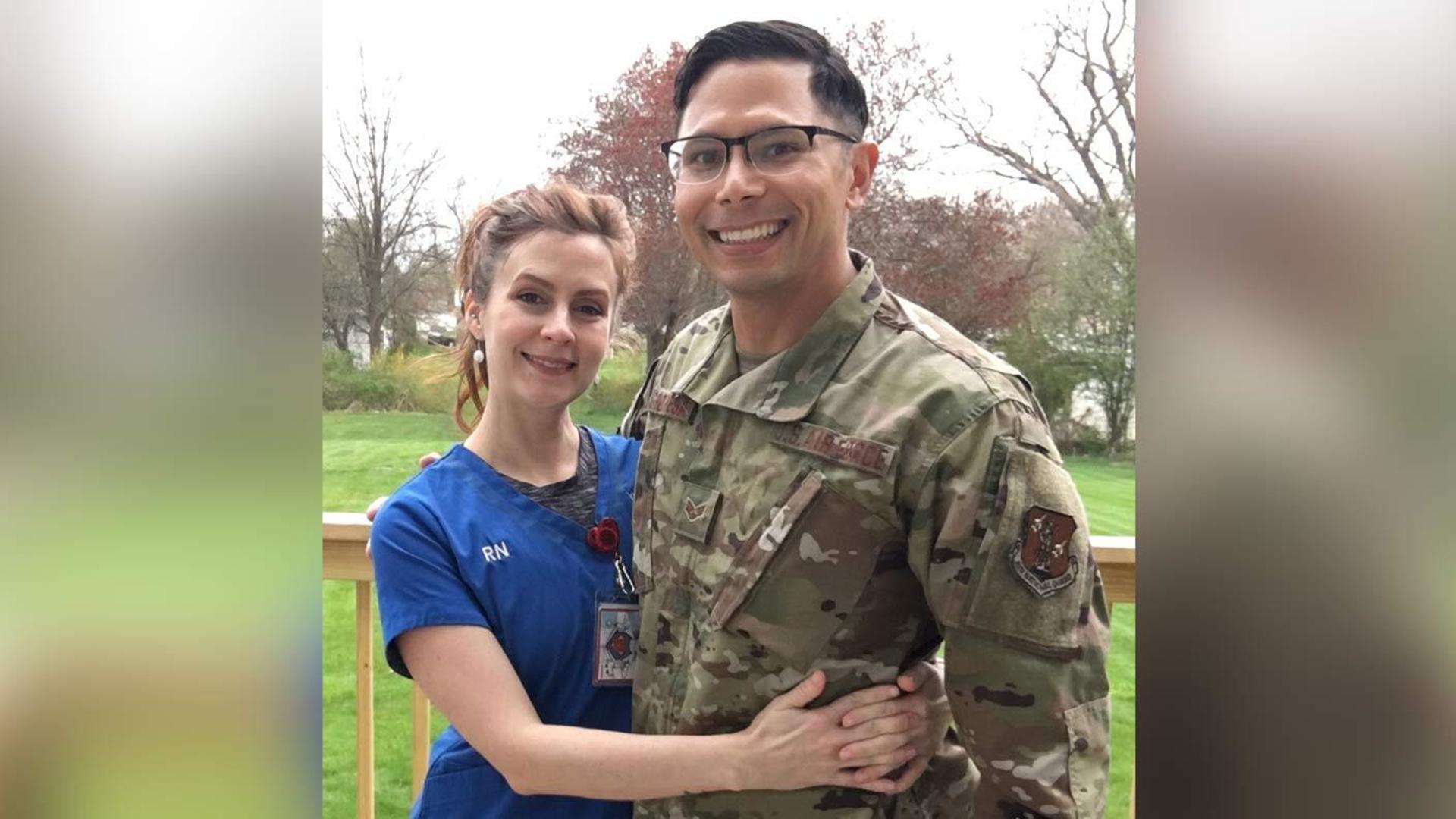 The sunshine was to bronze their skin as the cool, salty breeze kissed their faces while sailing off the coast of Croatia, gazing at the translucent, teal-green water below and jaw-dropping landscape around them. They were to savor every bite of the country’s world-class, Mediterranean cuisine and sip from a variety of its celebrated wines.

Five months after tying the knot last October, Michael Choothesa and Jennifer Vollmer eagerly awaited their visit in April to the Balkan nation of Croatia. Ten days of adventure and a cultural change of pace awaited them thousands of miles away from their home in Milford, Connecticut.

The honeymoon never made it off the ground.

In the middle of March, COVID-19 cases began surging in Fairfield County, Connecticut, and Westchester, New York. The nearest hospital caring for the influx of patients was in Greenwich, whose regional hospital became ground zero in Connecticut’s fight to stave off transmissions of the novel coronavirus.

Part of Yale New Haven Health System, Greenwich Hospital quickly doubled down on its requests for additional resources to combat the deadly respiratory disease. Its most urgent needs weren’t surgical face masks or N95 respiratory masks or other forms of personal protective equipment.

Doctors and nurses were needed to bolster an already overwhelmed roster of staff — some of whom infected with COVID-19 and recovering at home — working past their limits.

A void needed to be filled and fast.

Choothesa met Vollmer in 2015 while taking courses together at an advanced EMT school. Before he joined the Connecticut Air National Guard, he was volunteering in the nearby town of Trumbull as an EMT. It was satisfying work and an opportunity to serve his community, similar to his full-time job as a rehabilitation therapist.

Sitting behind Vollmer in class, Choothesa was initially struck by how pretty her red hair was but his interest was piqued by more than just the laws of attraction. "She was very kind, very intelligent, and just a very interesting person,” he said. They fast became friends and were engaged two years later.

By the time cases of COVID-19 began to surface in Connecticut, Vollmer’s advanced skill set in neuro electrophysiology — a branch of neuroscience that studies how the brain processes information — and pedigree as a registered nurse was in critical need.

Her decision to leave home in mid-March and serve alongside the medical team entrenched at Greenwich Hospital was as much about the pledge she took as a nurse devoted to the well-being and care of a patient as it was in following through on a more personal principle she and Choothesa follow, "If not me, then who?”

The timing of the global pandemic could not have come at a worse moment for Choothesa and Vollmer, whose finances were already tight at the beginning of the year, having bankrolled their wedding and paid for the honeymoon.

When Vollmer left her job at St. Vincent’s Hospital in Bridgeport in early December to join Yale New Haven Health System in January, their income took a hit during the weeks in-between.

In early March, Choothesa was furloughed by his employer, citing the state’s shelter-in-place order. He was beside himself. "For the first time in my life, I didn’t have a job to go to or a steady paycheck,” he said.

Citing that same order, the 103rd Air Control Squadron of the Connecticut Air National Guard, where Choothesa serves part-time, canceled training for the remainder of the month. It was another blow to his income, and another paycheck lost, victim to COVID-19.

His self-esteem felt analogous to someone knocking the wind out of him. The thought of his predicament at home and unemployed contrasted with his wife, whom day after day is working 12 to 14-hour shifts in dangerous conditions amongst patients with COVID-19, made him feel useless.

Without his wife’s paycheck, he said, "There was panic,” about whether or not he could afford to pay the rent and cover the bills.

Like thousands of others who applied for unemployment in March, Choothesa said the state’s Department of Labor system was overrun with claims, causing a backlog that would take weeks to process. Because of this delay, he was back to square one in finding an avenue for financial relief.

He didn’t have to wait much longer. Towards the end of the month, Choothesa received an email from base commanders that included a list of resources and organizations offering support to service members and their families. Among those featured was the Gary Sinise Foundation.

"The Gary Sinise Foundation was the only organization that responded,” he explained about his initial inquiry which was followed up with a formal application. "Not just responded but took all that anxiety and uncertainty and took that huge weight off not just my shoulders but my wife’s shoulders.”

Choothesa went on to say that by having the Foundation cover two months of his rent, that has been the difference in his peace of mind and the reason he feels unburdened.

"Mentally and emotionally, it has been a huge relief,” he said.

In recent weeks his Air National Guard unit has augmented the state’s efforts in setting up and assisting at COVID-19 testing facilities. 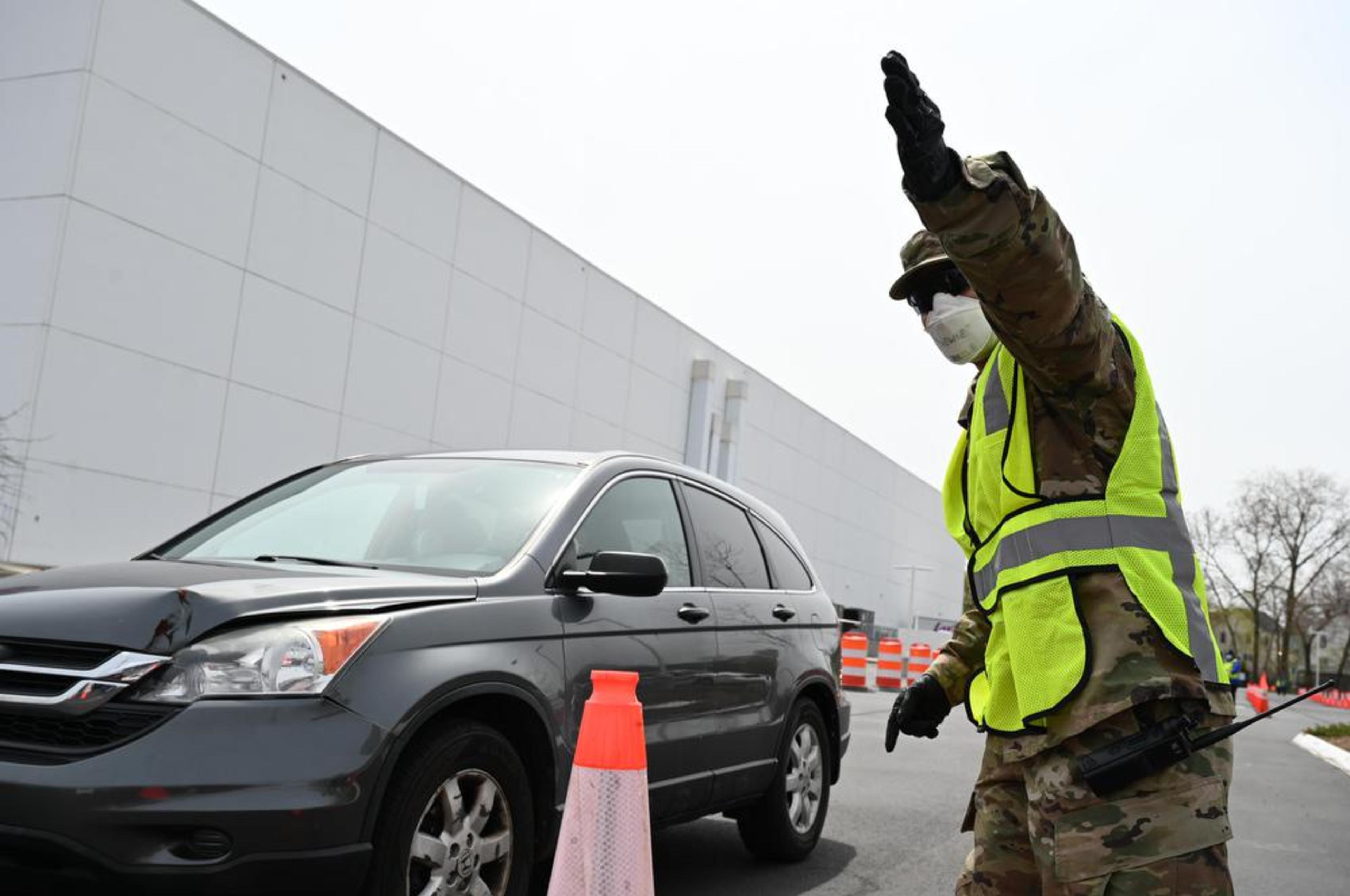 On April 17, Choothesa was among those from the 103rd who deployed to the former campus of Gateway Community College in New Haven. The school’s parking lot turned drive-thru testing center, became the state’s first for rapidly diagnosing infections of the coronavirus.

For the foreseeable future, he said, his orders are to report to the testing center seven days a week. The new paradigm of Choothesa’s work schedule and a steady paycheck is welcome news; yet for Vollmer, until there has been a consistent bend in the curve of COVID-19 patients at the hospital, she has no plans to move back home.

More than a month has passed since she left for Greenwich. But while the crisis continues to rage in hard-hit counties like Fairfield and New Haven, Choothesa stays even-keeled.

"I don’t know what, when, or what normal is going to be again for us, but right now, this is our normal, and we’re making the best of it, we’re finding as much opportunity as we can with it.”

As they continue to navigate the unchartered waters wrought by the pandemic, their answer to serving the needs of their community remains the same.