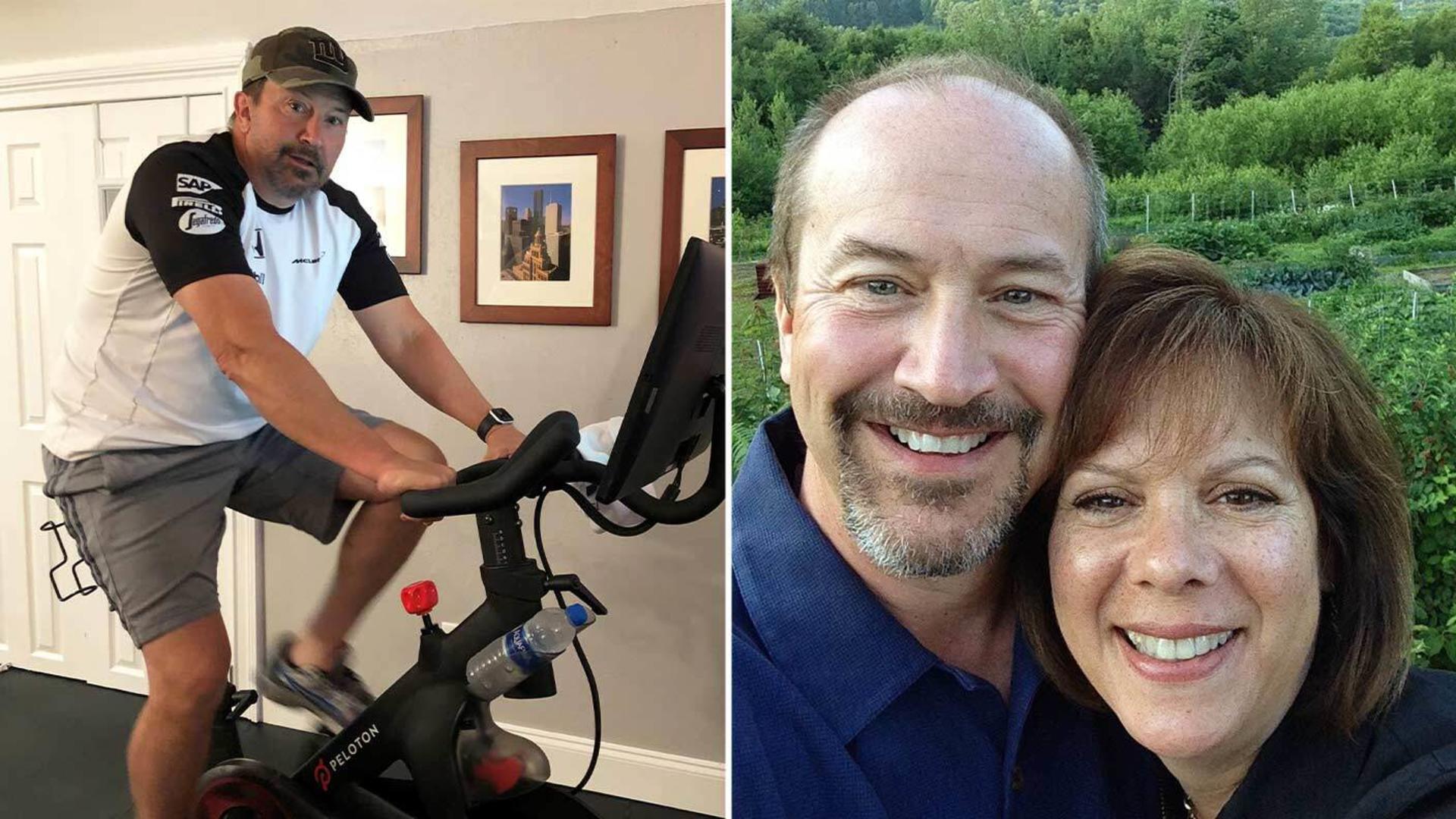 ​While tossing around ideas on how they would raise money for laid-off hairdressers and salon workers, Debbie and Wayne Shurts hit upon the idea of creating custom-made hats and other articles of clothing they could sell online. It was a novel idea, they initially thought.

Their creative juices were flowing, just like in years past when they organized jog-a-thons and walks in their native New Jersey to raise money for causes near and dear to their hearts such as supporting foster and adoptive families.

From their home in nearby Lake Conroe in Montgomery County, Texas, an hour’s drive north of Houston, they mulled over ways of supporting service workers like those in the beauty industry.

The idea was short-lived. Manufacturing constraints, coupled with the length of time it would take to set up a website and have clothing ready to sell, nixed their e-commerce venture.

"Time is of the essence, and we really wanted to do something fast,” said Wayne about the process he and his wife took of figuring out how and where they could contribute to those in need.

With the nationwide spread of the novel coronavirus (COVID-19) upending the way of life for millions of Americans and with it, placing extraordinary risk upon first responders and medical workers, the Shurts felt compelled to contribute whichever way they could.

But exactly how they would help became the lingering question.

Out of these initial conversations sparked another idea, one fitting squarely with their past charitable giving to an organization they knew well and above all, trusted.

"We’ve been fans and supporters of the Gary Sinise Foundation for several years,” said Wayne. "I found the COVID-19 Combat Service fund and thought it was a great cause.”

In early April, the Foundation launched a ​dedicated ​campaign​ called​ Emergency COVID-19 Combat Service, which augments its mission by supporting medical workers serving at ground zero in the fight against the deadly outbreak.​

The campaign utilizes donations to increase funding to first responder departments applying for grants to purchase personal protective equipment (PPE) and other life-saving gear. It also goes towards financial aid to support service members, veterans, first responders, and their families.

While it might seem obvious why medical workers need personal protective equipment in their day-to-day work environment, said Wayne, before the COVID-19 outbreak, it was not so obvious why first responders would need surgical face masks or heavy-duty N95 respirators.

"We thought it was a good cause that wasn’t getting enough attention as some others,” he said about deciding to cycle as a means to fundraise for the Emergency COVID-19 Combat Service.

Years before he retired from Sysco in 2019, Wayne and Debbie had the opportunity to see Gary Sinise and the Lt. Dan perform live during a conference the company held in San Diego.

They have been supporting the Foundation ever since.

Despite the statewide stay-at-home order, Wayne felt galvanized to do his part in finding a creative way to raise money for first responder departments whose men and women are on the frontlines of the coronavirus fight.

"We felt that our duty should be more than just sitting at home and staying on the couch.”

His fundraiser has been picking up speed since it began on April 7.

Less than a week in, he had raised more than $18,000, having cycled more than 135 miles on his road bike and Peloton stationary bike.

"We’ve been blown away by the generosity,” he said about his donor base. "We have generous, big-hearted friends.”

Most days, when the weather is good, Shurts hits the road on his 21-speed Schwinn model bike, which he aptly refers to as an "old clunker.”

While it may not be a sleek, carbon fiber road bike, it gets the job done with the added benefit, he surmises, of burning more calories.

Despite an earlier setback at the outset of the fundraiser when his bike broke down mid-ride, he said, “The riding is great, and I enjoy getting out, especially when you’re quarantined and you’re staying home.”

Shurts has been an avid runner for most of his life yet in recent years, the mileage started adding up which lead him to switch gears, "I’d run then I would limp around all day because my knees would hurt, my hips would hurt,” he said.

While his mode of exercise is low impact, the money he is raising day after day, mile after mile, is quite the opposite.

"Their duty is to go out into the frontlines and risk their lives every day to help us and to help others. They’re the real heroes.” 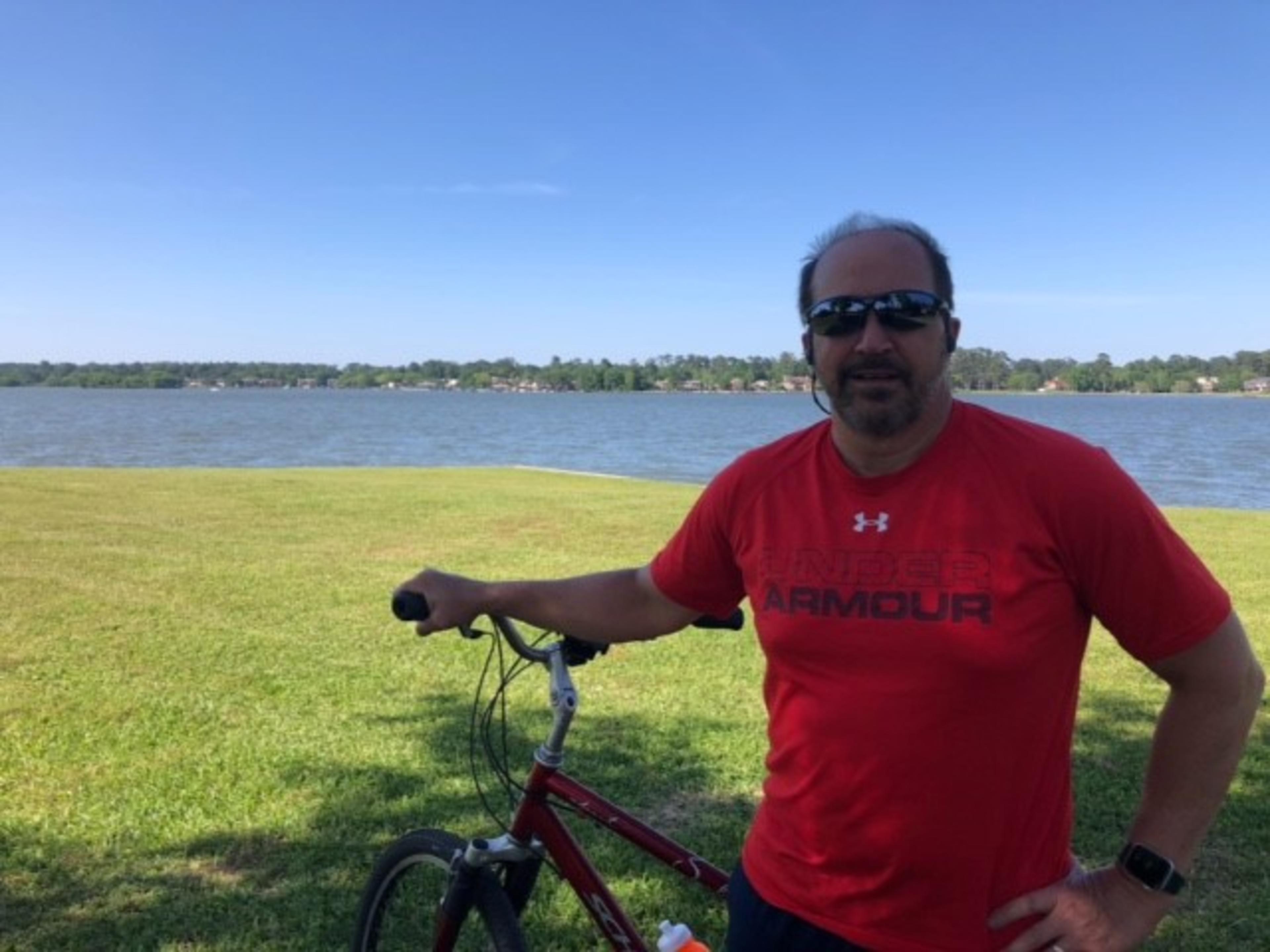 In a given week, Wayne expects to ride at least 100 miles.

His routine is fairly regimented. Most mornings he will spend some time on the computer sending out thank-you emails to donors and soliciting his fundraiser to new contacts.

He carefully watches the thermometer, preferring to ride during the hours when the heat — and for that matter, humidity — are not at peak strength.

In the evening he catches up on thank-you notes. He also sends out a weekly email to his donor base, updating them of his progress and that of Emergency COVID-19 Campaign Service. And he will start preparing a list of contacts to reach out to the next day.

Shurts utilizes social media in his outreach efforts, but the bread and butter of donations, he said, come from emails to personal contacts.

"When I look at what the Foundation is doing with the money,” he said about donations made to the COVID-19 campaign, "the PPE, the number of first responder departments aided, the kind of stories that are there on the website is inspiring to know that every dollar I raise is going to go where it needs to go.”

The initial goal was to raise $25,000. But with confirmed cases of COVID-19 in all 50 states, and a staggering fatality rate that continues to tick up, Shurts has already rethought the dollar figure he wants to raise.

"We’ll see how far this takes us, but I’m probably not going to quit at a certain number.”

Until the crisis ends and the curve flattens, he said he plans to continue cycling.