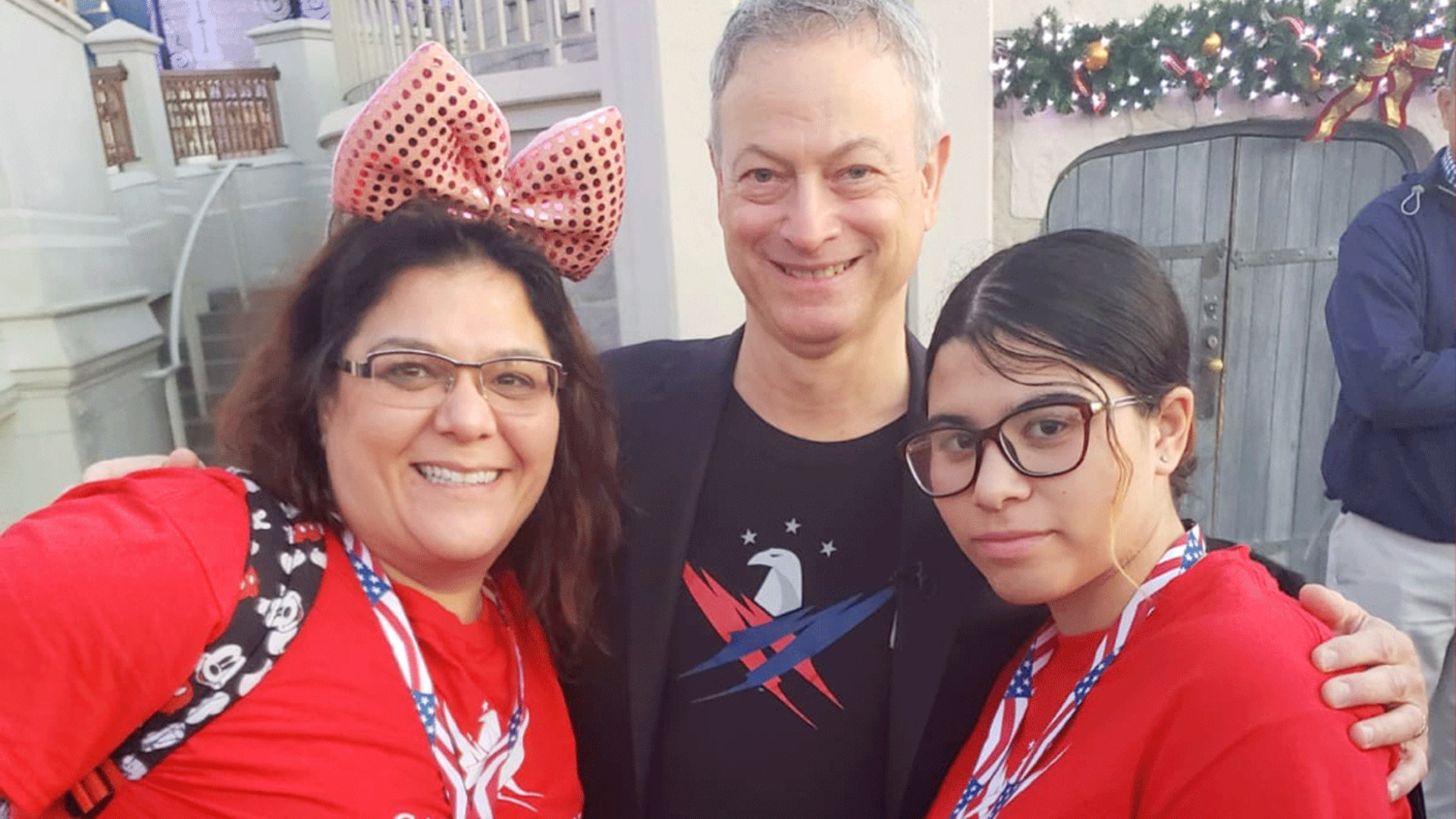 In 2007, two years after her husband, Army Specialist Jose Ruiz, was killed in Iraq, Alexa Ruiz lost her father to cancer.

She felt there was no one to turn to for help and consolation.

Grieving the loss of Jose and her father was too much to bear.

She was overwhelmed and decided that the answer to her problems was to retreat into isolation. Yet the lonely road she took ended up leading her to postpartum depression.

Years passed by where she was adrift and without a like-minded community to support her and her youngest daughter, Liana, who was too young to remember her father.

Were it not for the suggestion by a friend of hers to contact the Gary Sinise Foundation about Snowball Express, her resolve to find healing with the help of others facing similar circumstances like hers would likely not have happened.

Joining the Snowball family had been a long time coming. But it was a mournful road getting there.

Alexa Bergas and Jose Ruiz were college sweethearts when they met at the New York Institute of Technology in Long Island.

“It was instant love at first sight,” she recalls.

When they began dating, she felt as if he was alone in the world and directionless.

“He didn’t have the best upbringing,” she explained about Jose’s biological parents splitting up when he was just a child. By the time both parents remarried, he was outcast.

When Jose left home at 17, it was to make something of himself. After finishing up his degree, he found work as a computer network engineer, which he admitted to Alexa, was not very fulfilling.

In the back of his mind, he had been thinking about enlisting in the military as an avenue to do something more with his life. But it was just a thought, and nothing more.

After the terrorist attacks on September 11, 2001, Jose felt resolved to change his compass. His orientation from that moment forward was towards service.

After finishing Basic Training and several advanced schools, he was assigned to a Stryker Brigade Combat Team with the 3rd Battalion, 21st Infantry Regiment, 1st Brigade, 25th Infantry Division at Joint Base Lewis-McChord near Tacoma, Washington.

The distance away from each other challenged the newlyweds who had married in 1999. Alexa was pregnant at the time and still living in her native New York, where she worked full time.

In November 2004, Jose deployed in support of Operation Iraqi Freedom. For many in his unit, the year-long deployment would be their first time in combat.

In 2004, Mosul was a hotbed of insurgent activity. It might not have been the hornet’s nest of Iraq, unlike Fallujah to the south, but it was close.

Specialist Ruiz and his Stryker team patrolled the streets of Mosul on foot. They also cleared buildings in search of insurgents and valuable intelligence. 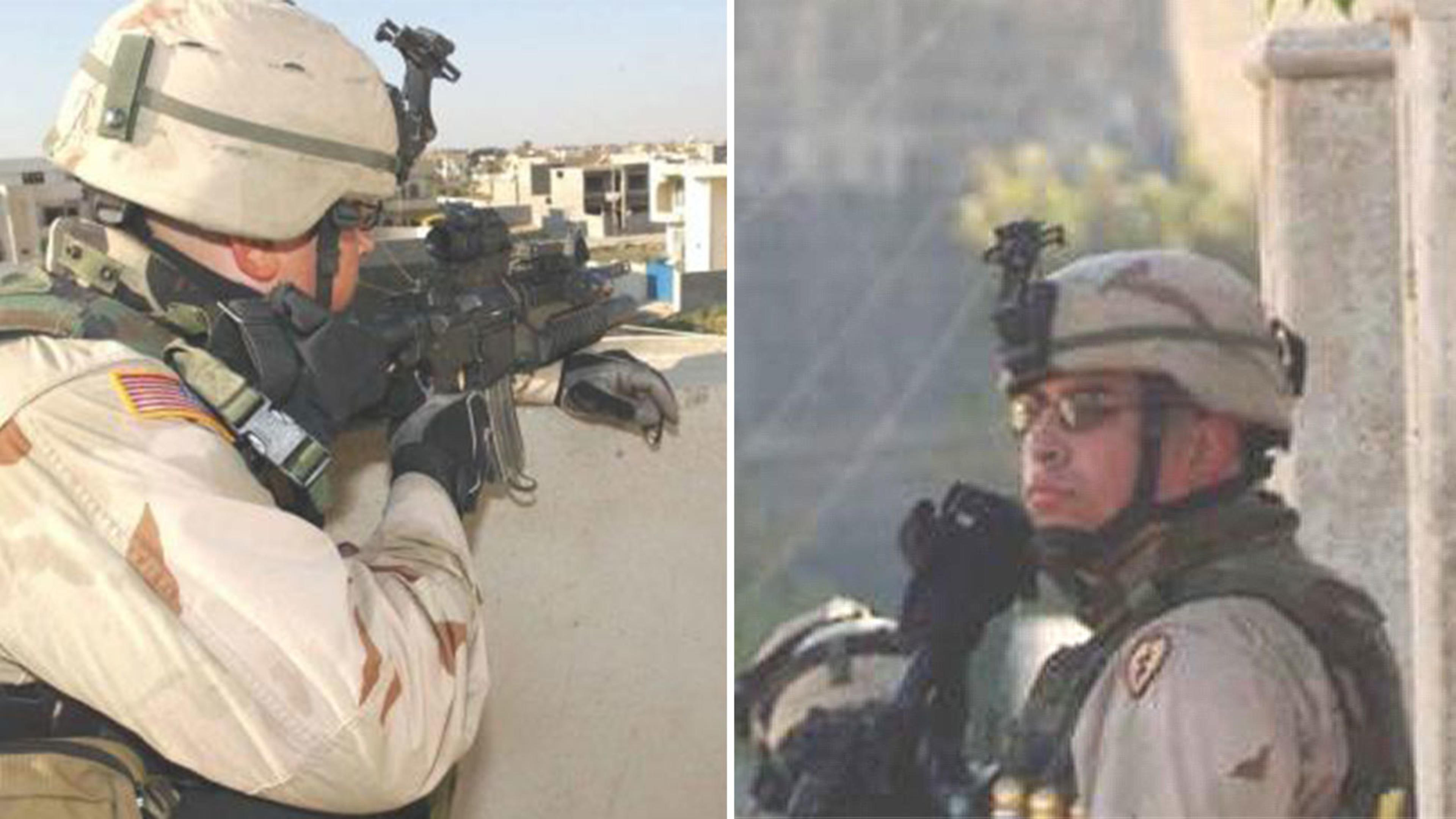 Despite the situation on the ground, Jose’s letters home were always positive, Alexa said. He was humbled by the opportunity to be in a position to effect change and bring order to the chaos.

When he came home on leave mid-deployment, there was a noticeable difference in his demeanor, she said. The traumatic experiences of war, the sights, the sounds, the smells, and loss of life had taken a visible toll on her “G.I. Jo.”

He was distant and resigned not to get too close to his two-month-old daughter, Liana. His behavior took a turn when, late one night, Alexa awoke to her husband, screaming and choking her.

Depression set in towards the latter part of his deployment. Many of his friends, including those from his Stryker, had been killed in action. “He was overwhelmed. It was too much death.”

To a certain extent, she said, “he was feeling survivor's remorse.”

On August 15, 2005, Specialist Ruiz was killed in action by small arms fire in Mosul, Iraq. It was his final mission before he was scheduled to ship back stateside.

Ruiz was 29 years old with a loving wife and little girl longing to see him return home.

When her telephone rang during a stormy evening in mid-August, Alexa was surprised to find out that a friend of Jose’s was calling her from Iraq and using her husband’s satellite phone.

The words he exchanged with her brought everything to a standstill.

“I just fell and remember screaming so hard, ‘Ellos mataron a Jose,’” which translates from Spanish to “they killed Jose.”

She repeated over and over again.

Minutes later, she heard a knock on her door. A priest and a casualty officer from the Army were there to inform her of her husband’s death.

“I was in shock. I don’t even think I was comprehending what was going on.”

She was traumatized from the evening and to this day, still sees the priest’s black and white collar in her sleep.

“I wake up, and I can’t breathe,” she explained. Relieving the night when she found out her husband had been killed is seared in her memory.

“That’s where all the trauma is for me.”

Unlike today, in 2005, there was a dearth of nonprofit organizations dedicated to supporting spouses and families of deceased service members.

Having either lived in New York or off base during Jose’s time in service, Alexa Ruiz was never able to integrate herself into the military community and meet like-minded spouses. It was her achilles heel.

Despite receiving help from TAPS (tragedy assistance program for survivors) and Tuesday’s Children, a nonprofit that supports military families, it wasn’t enough. 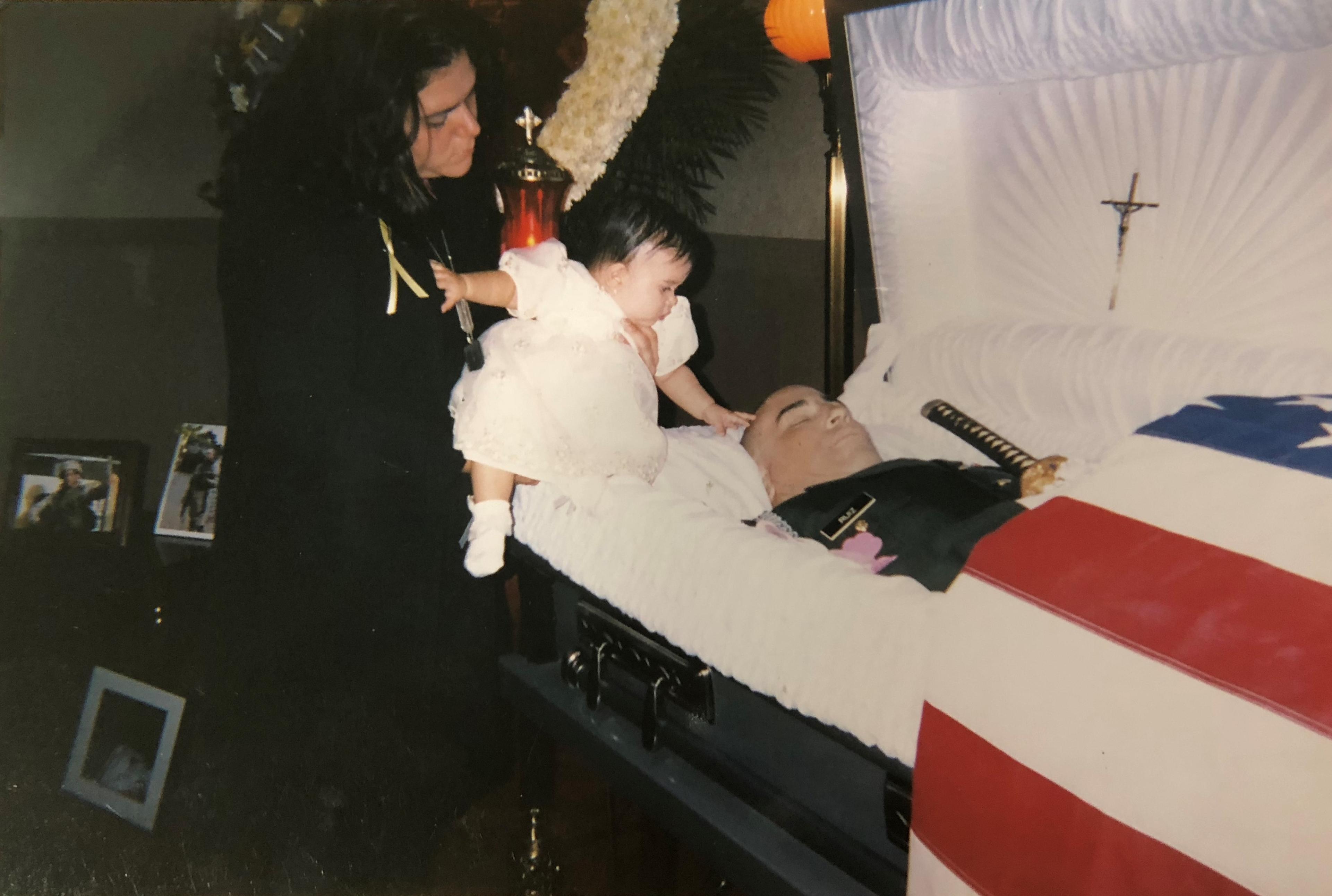 Not long after her father died, she began taking care of her mother in addition to her daughter. The responsibility was so heavy for her to carry on her own that she eventually left her job as a healthcare professional.

The ten years that followed was a period she described as being, “in the dark and isolated, afraid to ask for help.”

In 2017, at the urging of another Gold Star spouse who suggested she look into resources and supportive outlets like Snowball Express, Ruiz was connected with Amber Johnson at the Gary Sinise Foundation, who works hand-in-hand with surviving spouses and families of service members.

Johnson made sure Alexa and Liana would be among the families attending the annual five-day trip to Walt Disney World Resort in Orlando, Florida, the following year.

What awaited them during GSF SBE was an experience unlike anything they could have imagined.

Liana had the time of her life. She was happy being among hundreds of other kids her age who could empathize with her.

“It gave her an opportunity to relate to other children that lost their parents or who didn’t even know their parents,” said Alexa Ruiz.

The friends Liana has made have been an invaluable outlet for her. “They text each other, they Snapchat, and when they’re down they’ll call each other.”

For Alexa Ruiz, the first time around was challenging.

She grappled with her emotions, and coming to terms with the celebratory mood and praise for her and her deceased husband. “I felt unworthy and that I didn’t deserve this.”

In her mind, she couldn’t help but think that all this was because of the death of Jose.

Yet the embrace she received throughout her time at Snowball brings out a torrent of emotions.

“I just felt so good to be around people that could catch me if I was falling,” she said.

“We’re the ones who live with the pain inside of us. We feel the loss and pain every day.”

At Snowball, she said matter of factly, “I can finally breathe.”

Being among widows honoring their husband’s death in service to the nation has been a long time coming. “I always felt limited because I wasn’t allowed to be proud that he died in combat.”

For Liana, who was too young to comprehend the sacrifice her father made, participating in GSF SBE reveals the extent of the legacy he left behind. 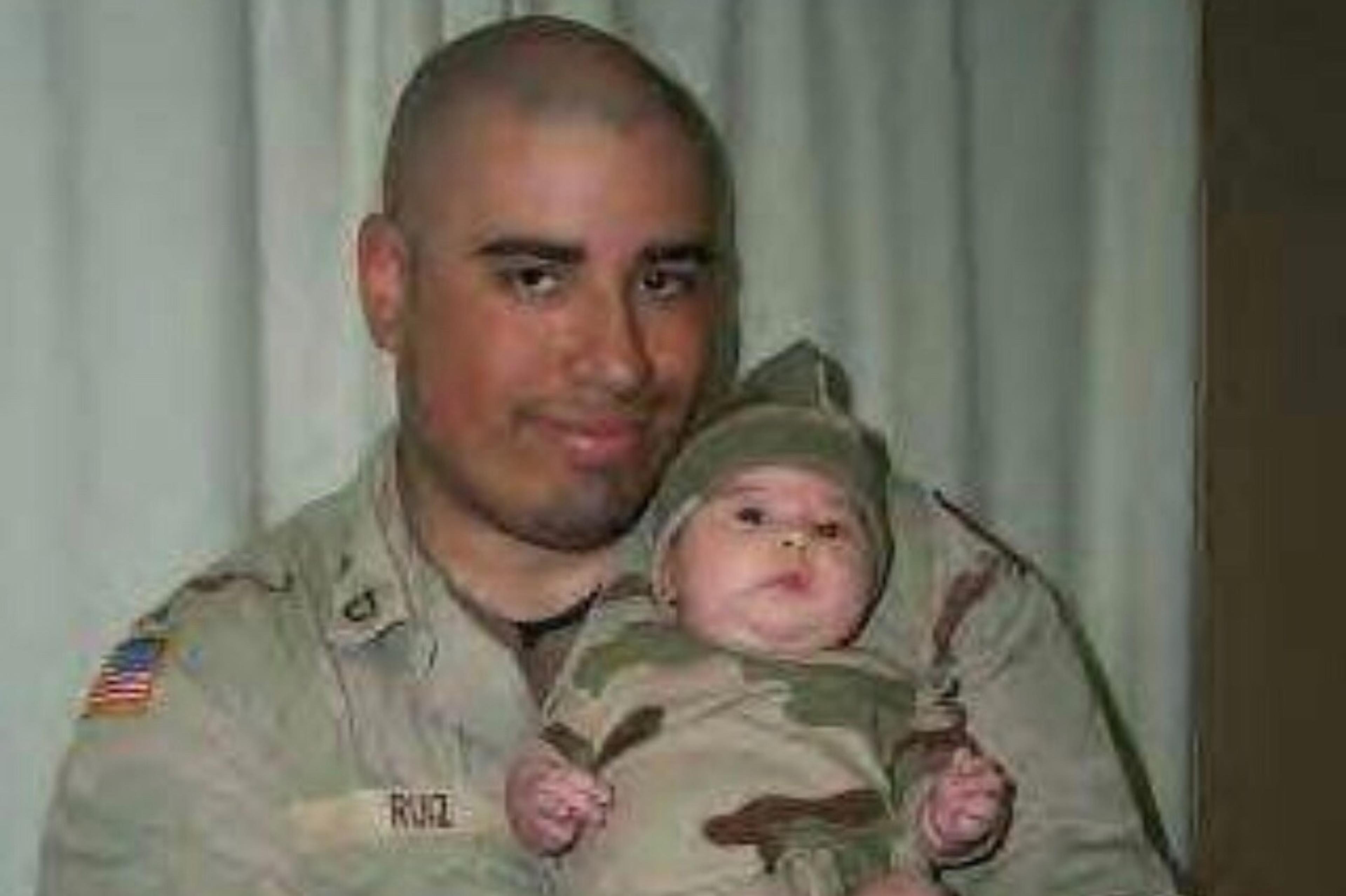 Years ago, when Jose decided to propose to Alexa, he brought her to the highest natural point in Manhattan at Bennett Park.

He knew the park held a special place in Alexa’s heart. Not only was it close to where she grew up in Washington Heights, but it was where she would go to think things through and ponder life’s questions.

“We promised each other that we would summit mountains,” she said when Jose proposed to her.

Whatever mountains in life they have yet to summit, Alexa and Liana Ruiz do so alongside the Gary Sinise Foundation Snowball Express community who will be with them every step of the way.

On the road to healing, Alexa and Liana Ruiz are no longer alone and in the dark.