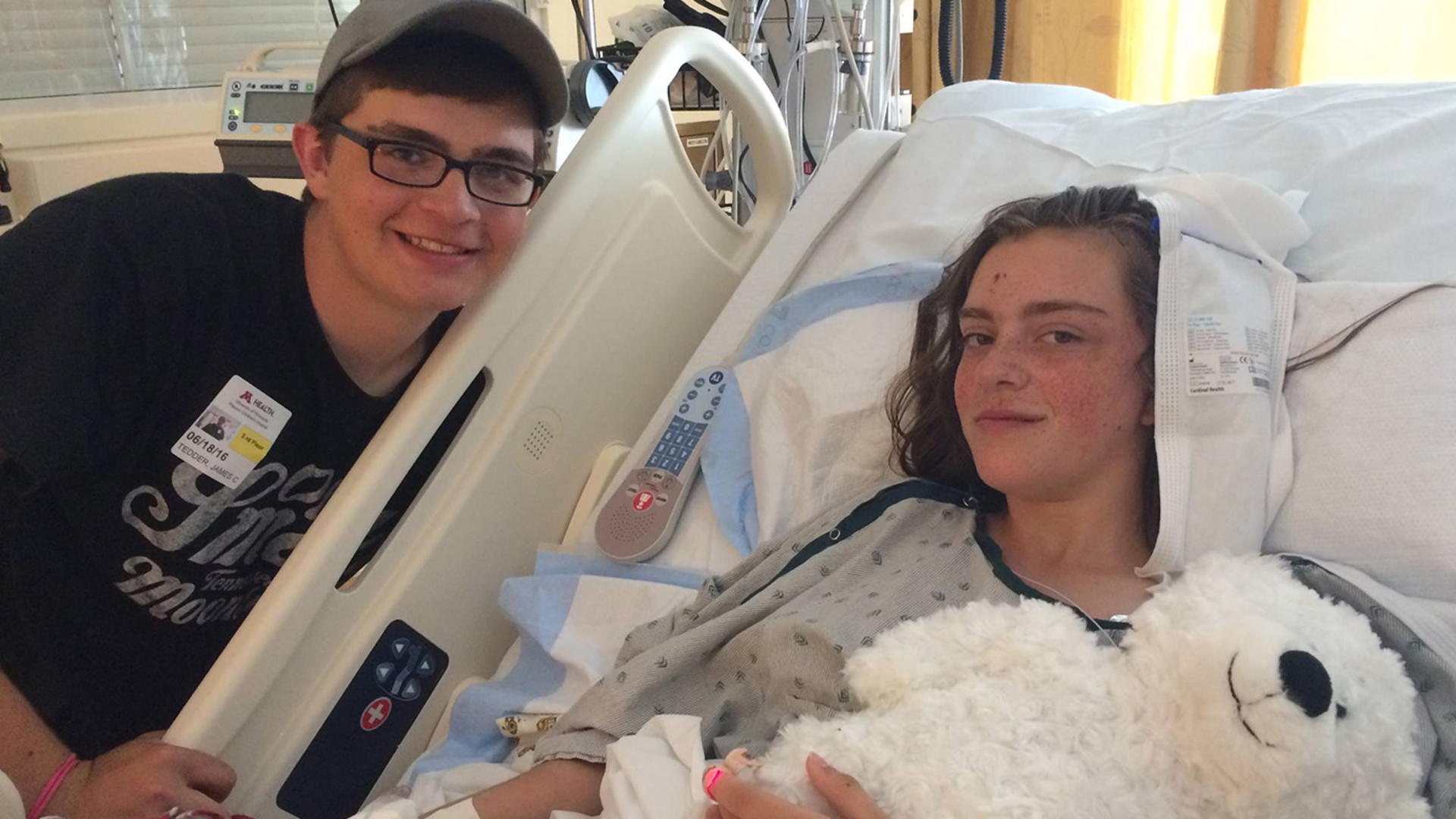 The first time it happened caught Kimberly Petersen off guard when she was watching her daughter, Allyson’s softball game.

Seconds had passed, yet Allyson still had a blank stare, if not, unconscious look on her freckled face.

Episodes like this kept repeating on and off the softball field, with each instance lasting for between 20 to 30 seconds.

Allyson, 11-years-old with long brown hair that matched the color of her piercing hazel eyes — the spitting image of her mother at that age — had something wrong going on inside of her.

From what her daughter was exhibiting, it appeared to Petersen to be a type of epilepsy known as absence seizures, which are common among children.

Petersen spent eight years in the Navy as a corpsman. Her grounding in medicine came from advanced placements at clinics and hospitals.

She and her “Ally” thought nothing more of the seizures. Allyson, unsuspectingly thought she was merely spacing out.

Appointments were scheduled with her regular doctor but problems arose with her insurance provider, preventing necessary scans being done.

The alarm bells slowly began to ring as the length of each seizure Allyson experienced began to intensify, and were now accompanied with facial grimacing and her right-hand curling inwards during each episode.

The noise finally hit a crescendo one summer evening in June 2016, when Allyson experienced several prolonged seizures in the same day, including a terrifying moment unlike anything before.

“We were out on the front deck when she collapsed on the flowers,” Petersen said of the startling scene that took place at their home in Sturgis, South Dakota.

“I rolled her over, and she had stroke-like symptoms on the right side of her face.”

Allyson needed immediate medical attention and was soon after taken to the emergency center at Regional Hospital in Rapid City, a 30-minute drive from their home.

After undergoing several tests, including a CT scan, it revealed that a tumor had massed over a section of Allyson’s brain that controls for speech and motor functions.

Scared and frightened by the revelatory news, Allyson looked at her mother and said, “Am I going to die?”

Nearly 5,000 children and adolescents are diagnosed each year with a brain tumor, according to the American Cancer Society.

Days after visiting the emergency room, Allyson was admitted to the University of Minnesota’s Masonic Children’s Hospital in Minneapolis, Minnesota, where she underwent an open craniotomy to remove the brain tumor.

The procedure didn’t go according to plan.

During the surgery, the pediatric neurosurgeon recognized that the tumor had embedded itself deep in the brain.

In the best interest of Allyson’s quality of life — ensuring she has full ability of speaking and motor functions — the decision was made to leave a fraction of the tumor in her brain to avoid any permanent damage. 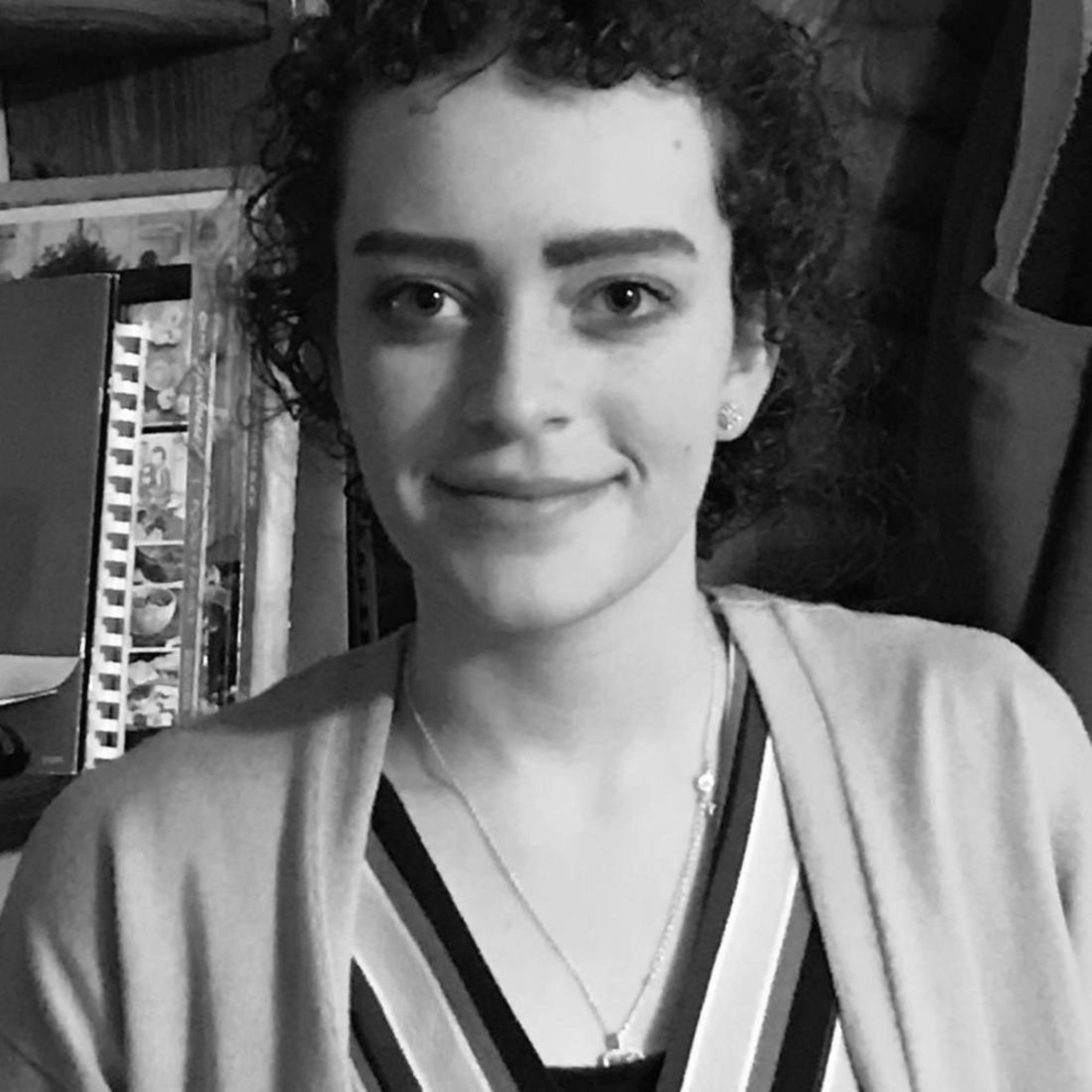 In the three months that had passed since the procedure, it was discovered that the tumor had begun to regrow. With limited treatment options, Allyson was placed in a clinical trial to mitigate further growth of the tumor.

The treatments didn’t work as Allyson developed complications that resulted in her leaving the trial.

Chemotherapy became the next preventive measure to quash the tumor’s growth.

“She started developing cells behind her cornea which can cause blindness and irreversible damages,” explained Petersen about the dangerous side effects Allyson experienced from the cocktail of drugs that had been pumped into her body.

Several years had gone by since Petersen and her husband divorced. She wasn’t just taking care of her sick daughter and keeping her family afloat. She was also midway through a master’s degree program.

The balancing act came at a high cost.

“Even though I have good insurance,” she said, “the out of pocket expenses, the food, the hotels, gas, time away from my other kids, putting the dog in the kennel, it felt like I was robbing Peter to pay Paul.”

She and Allyson frequently commuted more than 600 miles from Sturgis to Masonic Children’s Hospital so that Allyson was able to receive critical follow ups and MRI scans each phase of her cancer treatment.

Depending on how much time Petersen was able to take off from the Meade School District, where she serves as a special educator, she wasn’t left with many options.

Flying to and from Minneapolis wasn’t in the cards. Petersen would either have to book it to Minneapolis in one day or spend the night at her parent’s home in Watertown, a six-hour drive from Sturgis, before spending the next four hours getting into the city.

Bills began piling up. Those that could be paid were done in piecemeal. Other bills weren’t paid at all.

Downsizing expenses and making ends meet became the survivalist mentality she and her family adopted under the sole income she was bringing in.

They had no other choice.

It got to the point where she had to seriously ask herself, “do I pay the credit card bill, or do I pay the water bill?”

In the pecking order of priorities, Petersen was stretching every dollar she could to ensure her children had food on the table, a roof over their heads, and that she had gas in her car.

She even picked up a summer job to supplement her salary by working nearby Black Hills National Forrest at an RV resort in Spearfish, South Dakota.

Yet for all that she was doing to make ends meet, she was delinquent on her monthly mortgage payments.

Five months overdue, her home loan provider gave her notice that if she were unable to pay the balance and associated late fees in full, she would face foreclosure on her home.

“I have four kids looking up to me. I can’t quit, and I can’t sit there and wallow about it and have a pity party,” she said of finding any ways to deal with her financial circumstances.

While there were plenty of times, she admits, where she broke down and cried out of sight of her children, sometimes in the car or the backyard, she was resolved to seek help.

Her mother, Linda, insisted she look into the Gary Sinise Foundation as a few years ago, the organization had helped her younger brother with the purchase of a new suit for his wedding.

Perhaps the Foundation could help another veteran in financial need.

Through the Gary Sinise Foundation’s Relief and Resiliency program, the urgent financial needs of those like Kimberly Petersen are addressed through an initiative called heal, overcome, persevere and excel or H.O.P.E.

Petersen was hesitant at first but eventually relented, and in early February of this year, she submitted an initial inquiry seeking mortgage assistance. Within days of her submission, the Foundation’s Outreach team contacted her, requesting additional information to supplement the initial application.

Not long after, she received a phone call from the Foundation with an update on the status of her application.

“She was taken aback and almost relieved of her stress,” said Nick Wicksman, who handled Petersen’s application from the start, and who was on the phone with her as the bearer of good news.

The Gary Sinise Foundation was going to cover the last four months of her mortgage and associated late fees.

Petersen, having struggled tooth and nail year after year supporting her family as a single mother, was overcome with gratitude.

“She’s able to no longer worry about what is owed but to focus on the present and future by focusing on the health of her family,” said Wicksman.

Had she not received financial assistance from the Gary Sinise Foundation, Petersen said matter of factly, “We would’ve lost the house.”

While they’re not out of the tunnel just yet in Allyson’s cancer treatment, they can see the light. 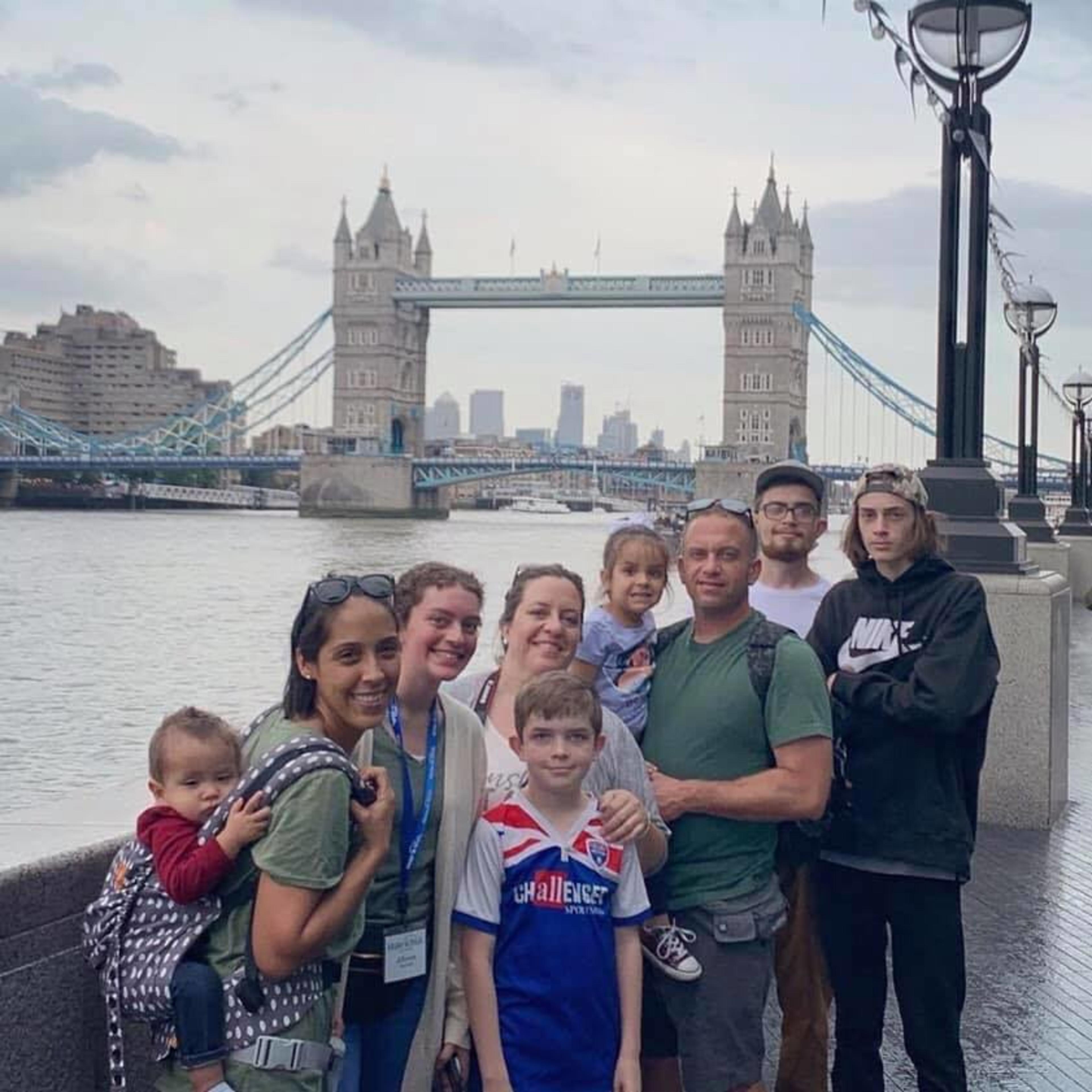 Despite setbacks in her regiment of treatments, Allyson was able to compete on the freshman girls volleyball and softball teams during the school year while also participating in the school newspaper as a photographer and journalist.

She fights the fight as oral chemotherapy treatments continue as do visits to Masonic Children’s Hospital.

Looking back on the last four years and thinking about the question Allyson had asked her late in the night while at the emergency center, Petersen said, “In some ways, the tumor and her cancer diagnosis have brought us closer together because we’ve learned that you don’t know what’s going to happen from day to day.”

“Between Masonic Children’s Hospital and the Gary Sinise Foundation, I know I wouldn’t have my daughter.”