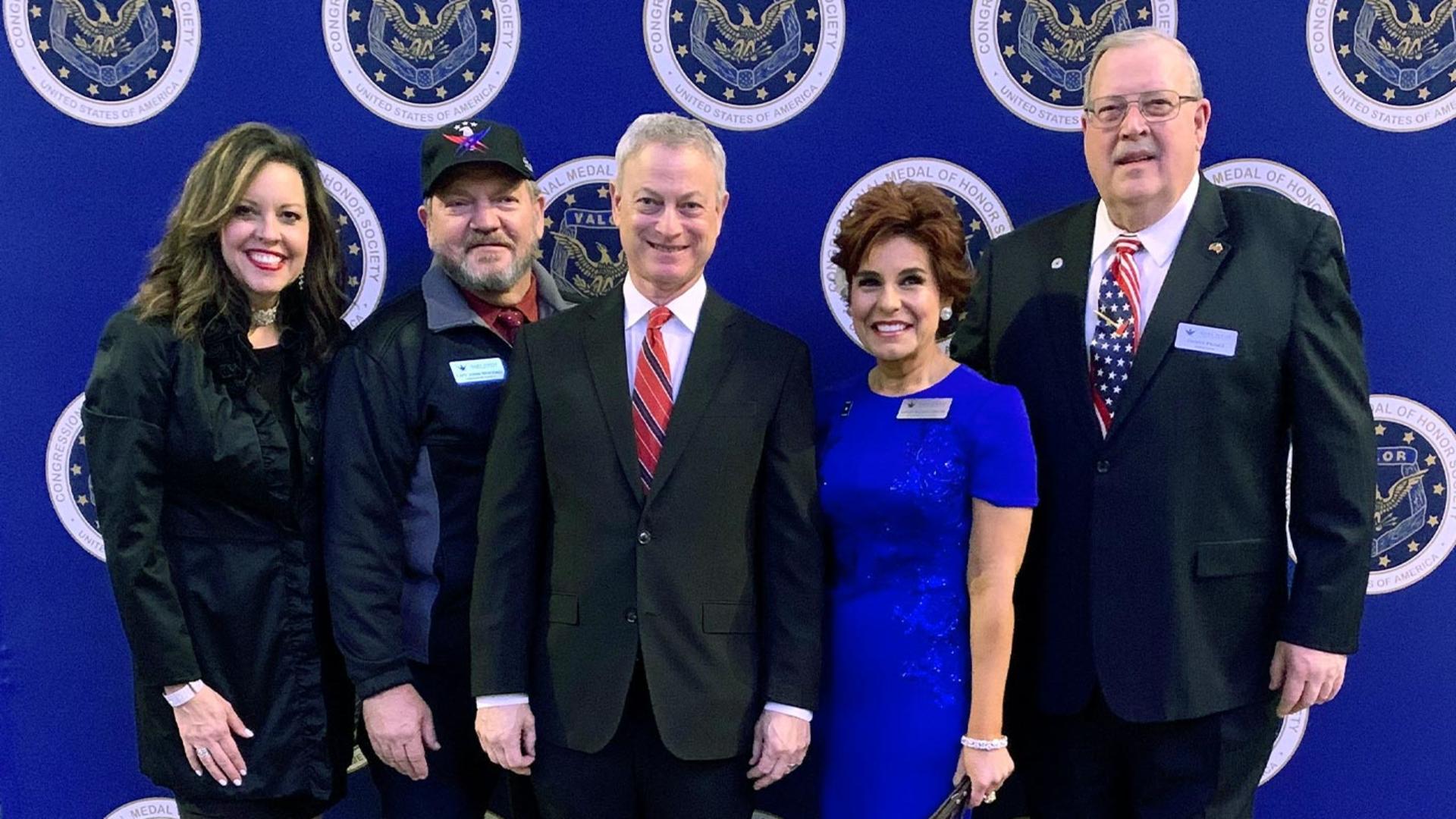 Two years had passed since the terrorist attacks on September 11, 2001, brought the nation to a standstill. The opening salvo in what would become the "global war on terrorism," became a rallying cry to duty and service that emboldened countless Americans to join the ranks of first responders and the armed forces.

For Prince, a career FDNY firefighter, 9/11 changed everything.

The young soldier was lying in bed when Prince came to visit him at his bedside. He had lost an arm and a leg from an improvised explosive device (IED) during a deployment to Iraq.

He wasn’t complaining about his circumstances, explained Prince. He wasn’t dismayed by the reality of what lay ahead when the day would come of being released from the hospital.

Prince said he was in good spirits because of what he sacrificed for and the significance behind it.

The soldier’s words felt to Prince like a “two-by-four hit me upside the head.”

And for good reason.

Prince was in Minnesota helping his older brother settle in at a Veterans Affairs home when he turned on the television to find his hometown under siege.

New York City was in a declared state of emergency, and Prince, a native of Brooklyn, was panicking.

His wife had a doctor’s appointment not far from the World Trade Center.

Did she make the appointment? Where was she?

He didn’t know the whereabouts of his daughter, who at the time was working on a master's degree at New York University, situated less than a mile and a half from the Twin Towers.

Was she in class?

Was she in a safe place away from the debris and clouds of smoke and toxic fumes spewing in all directions from the wreckage?

He was powerless to help them and his fellow first responders. No flights were going into and out of New York. Cell service in the city was nonexistent.

Prince watched in disbelief as the second hijacked airliner slammed into the South Tower.

“I was flabbergasted,” he said.

It would take several days for him to eventually get back into the city.

The scene that awaited him was apocalyptic.

“What you saw on tv was nothing.”

The aftermath of the collapsed towers — the endless search to rescue those still alive who were trapped underneath the debris and crushing weight of concrete and steel — said Prince, “It was hundreds of times worse than what the television showed.”

The loss of life ticked up day after day, including many firefighters and police officers. He knew two men from his firehouse who perished in the North Tower when it collapsed at 10:28 a.m. EST.

Everything changed that September day, said Prince, who explained that mentally and psychologically, he was affected by what he saw and experienced after 9/11.

Memories from that day and of the intense recovery efforts are seared in his mind and brought out unexpectedly.

“I can be at a concert or elsewhere and hear a song that makes me tear up, and I just can’t stop.”

Prince spent 36 years in the FDNY before he hung up his boots and turnout gear and retired in 2008.

It was a career that happened by happenstance.

“I took all the civil service tests in New York as I really wanted to be a police officer. But I got called to the fire department first and figured I would switch over to the police department overtime, but as soon as I got on the job and into the firehouse, I said, ‘this is for me.’”

“You’re helping people all the time. Whenever you go out, somebody is needing something.”

He still remembers the first call he went on as a rookie, where he and his unit responded to a rubbish fire that had engulfed a warehouse and how, through the smoke and fire, vermin, particularly, roaches, were unearthed and running every which direction including on him.

He fondly remembers close friends in the police department and fire department who lost their lives in the line of duty.

And he sadly remembers those in the city’s first responder corps who committed suicide, for a variety of reasons, he said, not just work-related stress.

“There’s a lot of tragic things you see that you don’t forget,” said Prince. “There’s a tremendous amount of good that you do in helping people that outweighs all of that.”

What kept him going all those years is a sentiment that is shared throughout the first responder community.

“The reward of helping people is better than anything else you can get.”

To put it succinctly, Prince has been in a perpetual state of service since graduating from high school.

He got his sea legs by enlisting in the navy in 1967. Over the next 39 years, he split time between the Navy and coast guard reserve before serving stateside in the FDNY.

In the fall of 2019, Prince was asked by Gary Sinise to join the Foundation as an ambassador.

It had been a long time coming in a relationship forged in the aftermath of 9/11. But it was strengthened through a mutual friend of theirs, retired FDNY firefighter John Vigiano Sr. who Gary had met during their participation in Project Salute — the first USO trip to Iraq and the Persian Gulf region since the American-led invasion in 2003.

Prince was among first responders on hand when Gary and the Lt. Dan Band held a fundraising concert at Brooklyn College on August 11, 2007.

The concert raised money towards expanding the Brooklyn Wall of Remembrance whose 417 engraved faces memorialize every first responder who perished on 9/11.

Their friendship blossomed in the ensuing years.

When funding was needed by the Fire Family Transport Foundation, where Prince is a member of the board, to purchase a van for transporting active duty firefighters, their families, and those injured, Gary pitched in to fund the first “Lt Dan Van.”

Over time, a tradition developed between the two that continues to this day.

Whenever Gary is in town, Prince and several firefighters pick him up from the airport and drive into Brooklyn to dine at one of the neighborhood Italian restaurants like Bamante’s on Withers Street and Gino’s on Fifth Avenue.

A friendship that was forged by a commitment to selfless service and honoring the actions of uncommon heroes has now come full circle.

As an ambassador of the Foundation, Prince conducts outreach to municipalities, unions, and other first responder units, by informing them of the resources offered by the Foundation and what programs best suit their needs including Restoring Independence Supporting Empowerment (R.I.S.E.) and First Responder Outreach.

“There are a lot of first responders out there that are in dire need of help,” he explained.

“There are municipalities where the Foundation has donated vital equipment to fire departments and police departments because of their economic strains.”

Said Prince, these grants make the lives of first responders, “a lot easier and safer for so many.”

He’s also pursuing fundraising opportunities by engaging with the Queensboro chapter of UNICO, an Italian-American service-based organization, and the Knights of Columbus.

With the memory of 9/11 forever on his mind, Prince is tireless in his mission as an ambassador of serving those in the nation’s armed forces and first responder corps.

It’s fulfilled him in ways he describes as being “nothing but satisfaction and love.”

“This is my lottery ticket,” he says about his military and civil service and the work he undertakes on behalf of the Gary Sinise Foundation. “And I’m a winner for what I’ve done and what I continue to do for our veterans.”