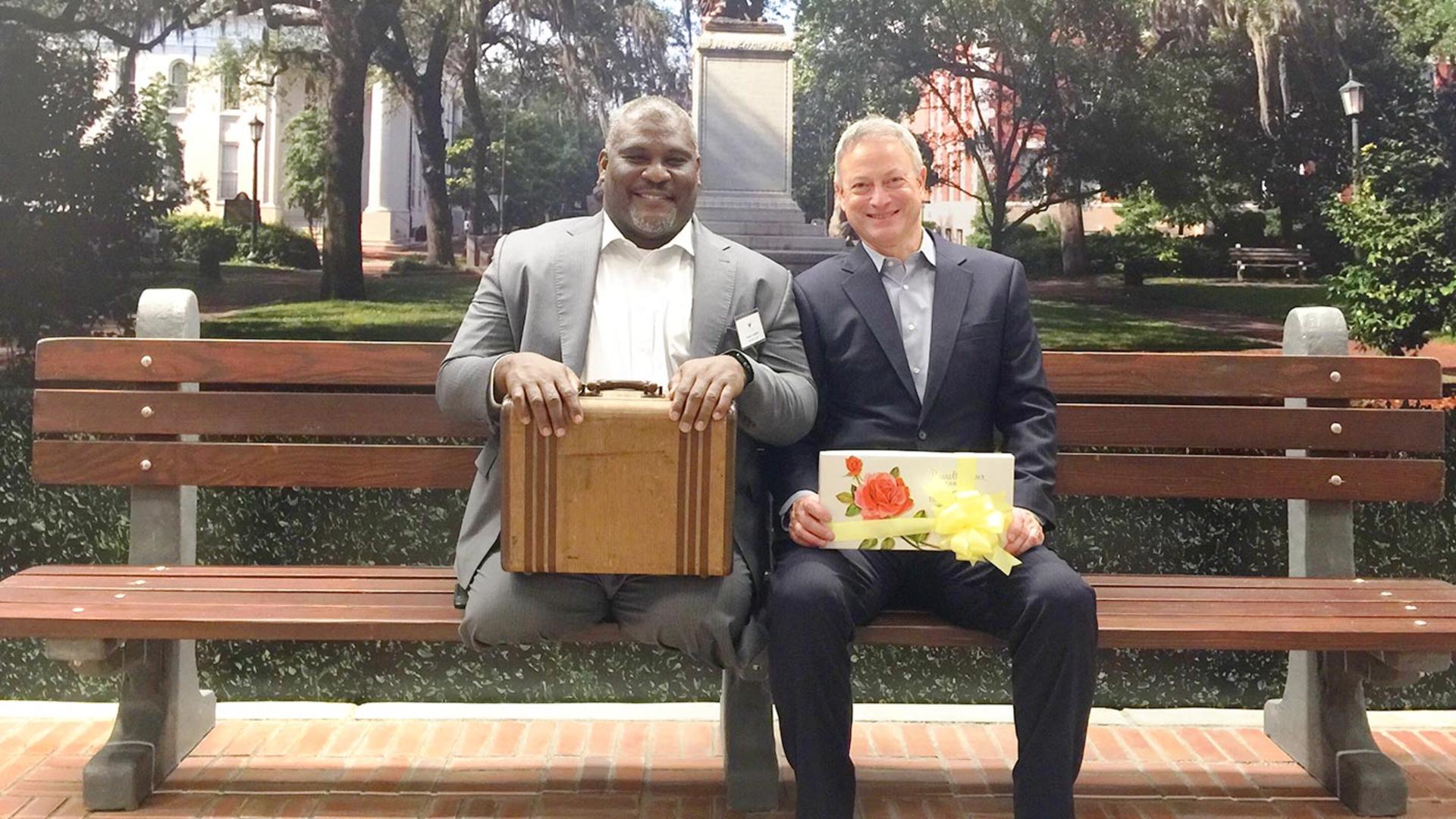 In 1968 James Taylor wrote one of the most defining, if not revered, songs of his career, “Fire and Rain” which was featured in the 1970 album “Sweet Baby James.”

The song’s poignant lyrics explain the adversity and upheaval Taylor experienced in his life.

But it’s the chorus whose verses resonate most with Gary Sinise Foundation Ambassador and retired Army Colonel, Gregory Gadson.

I've seen sunny days that I thought would never end

“It’s such an emotional song for me,” explained Gadson about the song’s resonance in the context of his life.

“Those words are very profound to me.”

Profound words of inspiration are the mark left on those who lend their ears and open their hearts to the message delivered by Gadson, a double-leg amputee above the knee.

On April 12, 2011, four years before becoming an ambassador of the Foundation, Gadson met Gary Sinise while the two were attending a USO Metropolitan Washington (USO-Metro) event in Arlington, Virginia.

Gadson was among active duty service members from each branch of the armed forces being honored while Gary was presented with the Order of Military Medical Merit Award for his “steadfast support and contributions to Army medicine.”

When Gadson introduced himself to Gary, he jokingly said, “I’m Lieutenant Colonel Dan,” in reference to Gary’s iconic portrayal of the character Lt. Dan Taylor in “Forrest Gump.” 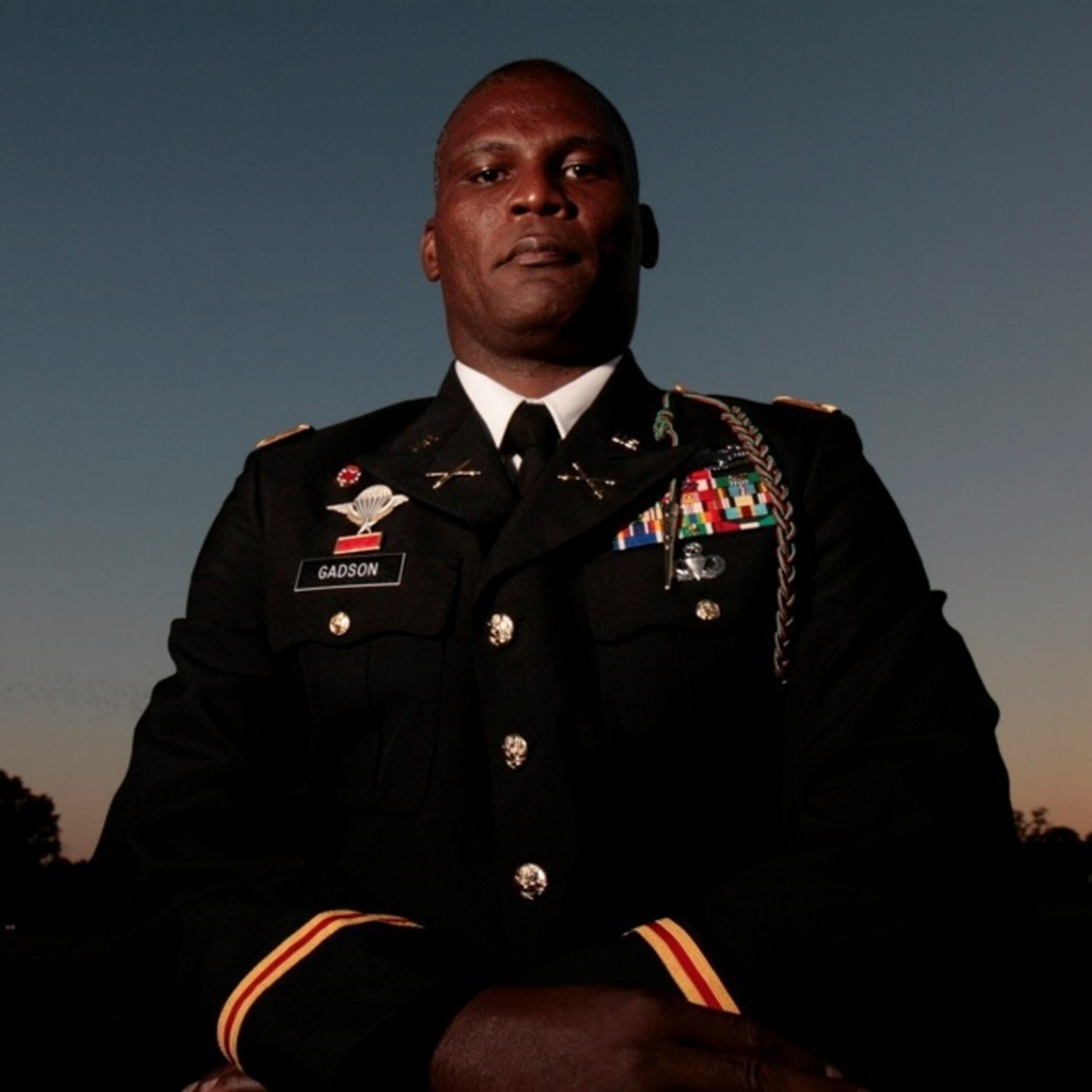 Similarly to Lt. Dan’s injuries sustained on the battlefield, Gadson’s are no different.

He was returning to base in Baghdad, Iraq, after having gone to a memorial service for two soldiers he had known at Fort Riley, an army base located in Kansas.

Unbeknownst to him and everyone else in the caravan of Humvees was a buried improvised explosive device (IED). As Gadson’s vehicle drove nearer to the IED, it detonated.

Gadson was ejected from the vehicle and critically injured.

Gadson was born in Oklahoma City, Oklahoma, but grew up in Chesapeake, Virginia.

In high school, he was a stand out athlete on the football team. His talent and potential to succeed at the collegiate level caught the eye of an assistant coach from the Black Knights of Army who recruited him during his senior year to West Point.

He was a decent student, he admits, but the curriculum and standards of being a cadet and future army officer were like nothing he could have prepared for.

“It was no cakewalk,”  he said of his years at the United States Military Academy.

“I had to learn how to grind. I had to fortify my intensity, my focus, my commitment, and my grit of never quitting and always believing that you could accomplish what you put your mind to.”

The lessons he learned from head football coach, Jim Young, made a lasting impression on him.

They were the lessons he followed throughout his career in uniform. They were top of mind while he was recovering from his injuries at Walter Reed National Military Medical Center in Maryland.

And they’re the kind of lessons he now preaches to an array of audiences.

“Play the play you’re in. Not the last play or the next play.”

Particularly when speaking in front of wounded veterans, Gadson shares life lessons drawn from his days as an officer in the military; of his time as a player under Coach Young at West Point; and of being a disabled veteran.

He talks about how fundamental his faith has been on his road to recovery and how it lead to him accepting his present circumstances.

“My faith has allowed me to accept what has happened to me. I’m not bitter. I’m not angry, and I’m not destroying myself with hate.”

He also talks openly about his life-changing injury and the impact that it has had on his family. 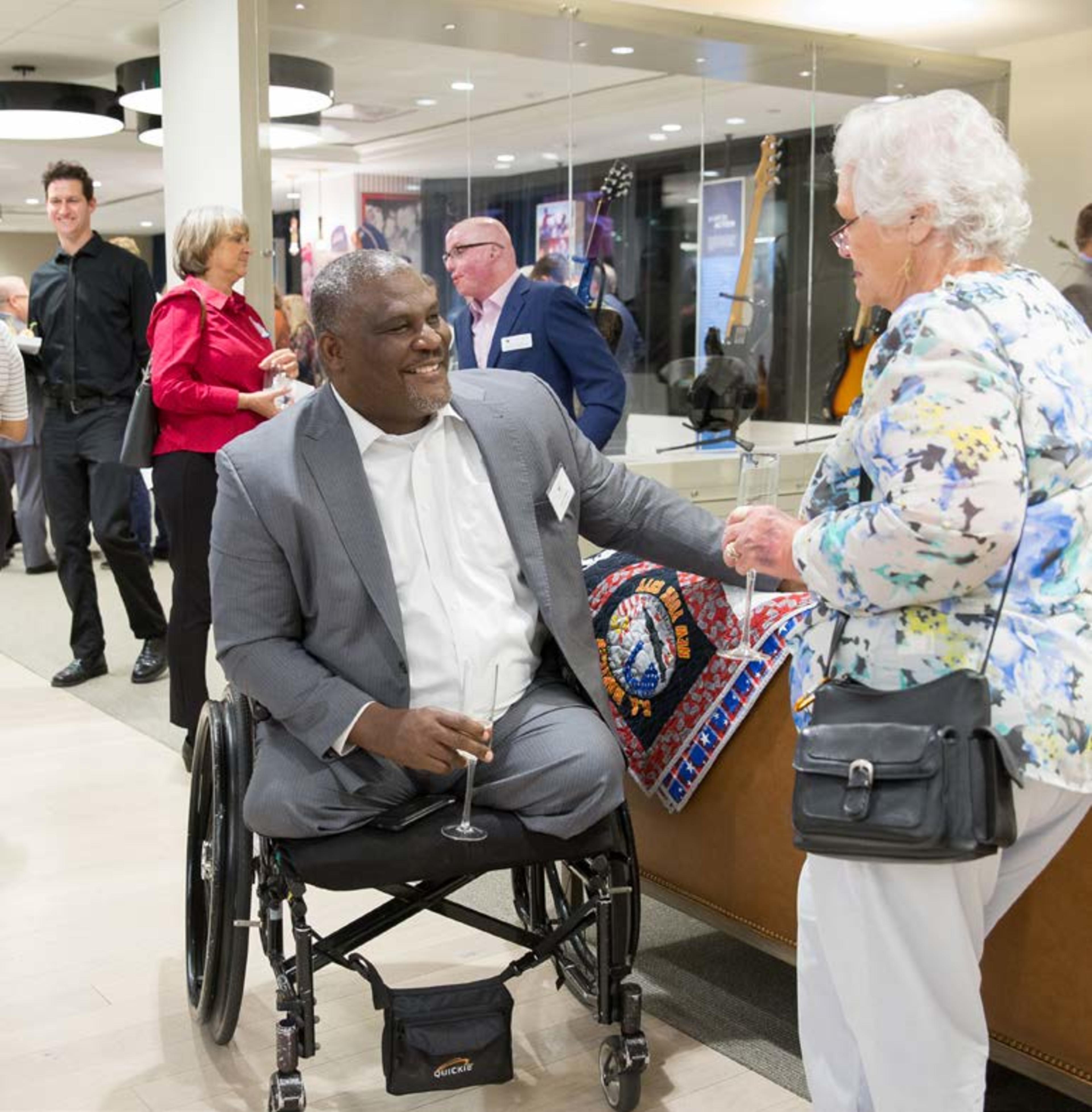 Like a coach that rouses their players through a motivational pep talk or fiery speech, Gadson eloquently delivers these messages intermixed with his philosophy on behalf of the Gary Sinise Foundation.

“It’s about informing. It’s about sharing. And it’s about educating what the Gary Sinise Foundation is about.”

“If I can inspire others to research, support, or get involved, that’s the way I see my ambassadorship,” he said.

While Gadson’s story of grit and living in the present has touched many, he is inspired by the altruistic actions of another leader.

“He lives what his Foundation is about,” Gadson said about Gary Sinise. “He gives so much of his time, his hard work, and influence.” 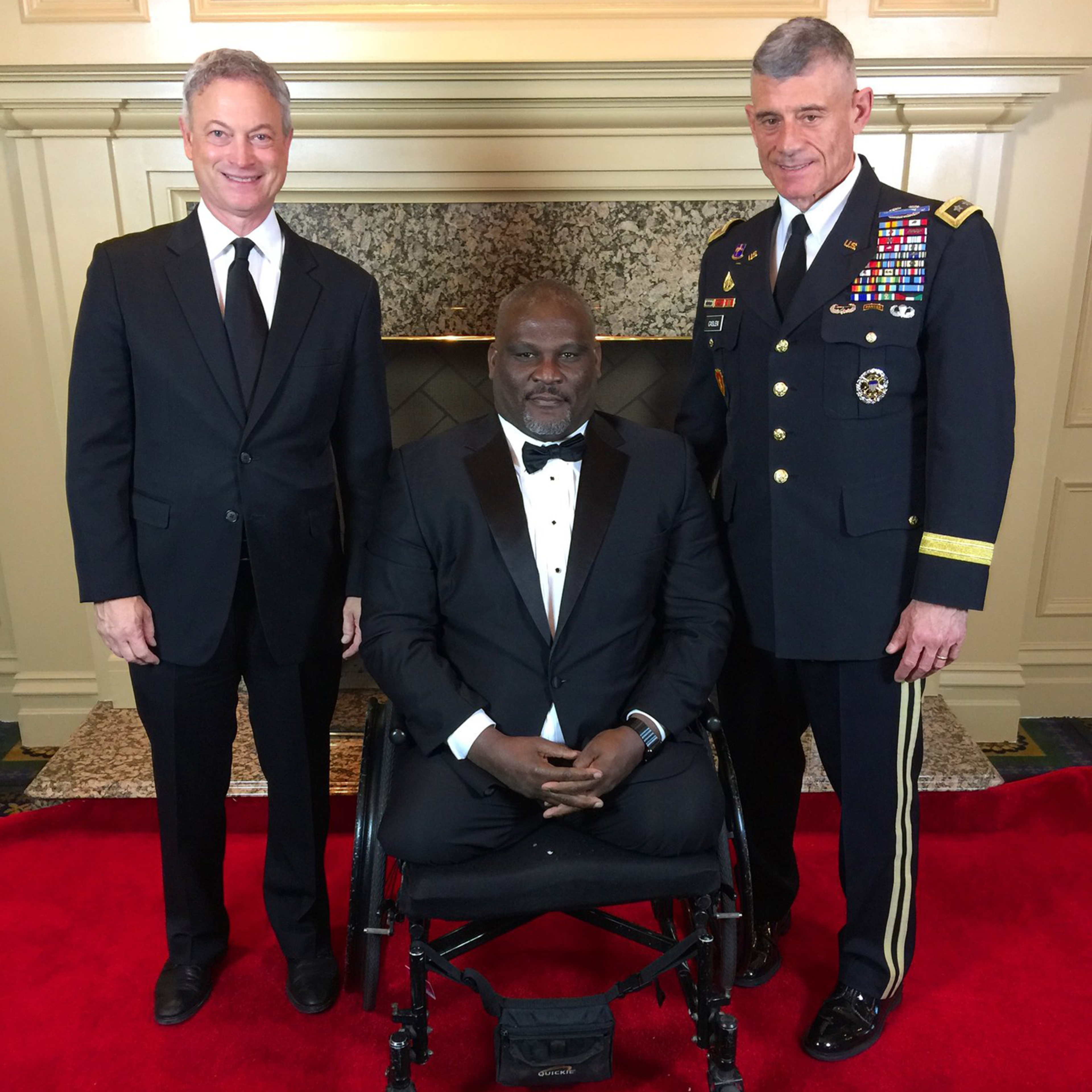 When the Gary Sinise Foundation debuted on June 30, 2011, at the National Press Club in Washington D.C., Gary recognized the need for having a cadre of ambassadors to represent the Foundation around the country at events, fundraisers, and ribbon-cutting ceremonies.

They are personally selected by Gary for their exceptional character and patriotism. When speaking in front of the public, ambassadors are tasked with inspiring communities and sharing the accomplishments of the Foundation.

For Gregory Gadson, sharing his life’s journey and the lessons he’s learned along the way fulfills a central tenet of his role as an ambassador of the Gary Sinise Foundation.

“Life is about the journey,” he says. “How many of us truly live it?”

Gadson has weathered through the fire and rain. His ordeal of overcoming the severity of his injuries suffered on the battlefield is a testament to his character and resolve.

“In order to appreciate the journey, you have to be present."

It’s by living in the present that Gadson enjoys his sunny days.