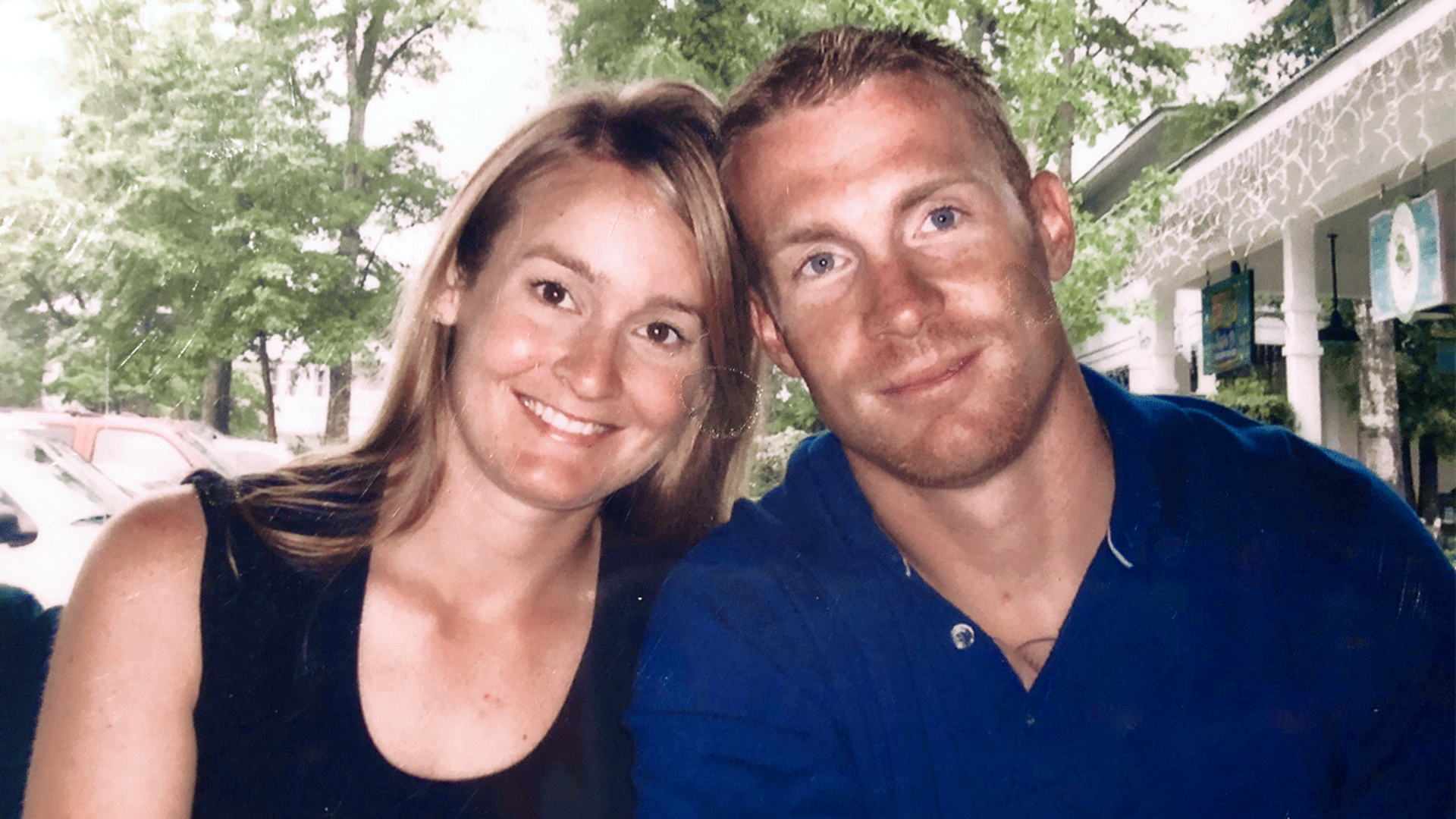 Emblazoned on the gold breast pin worn by every Marine who has earned the right to call themselves a Raider is the Latin phrase, Spiritus Invictus, or unconquerable spirit.

Raiders deploy around the world to carry out a variety of missions spanning counterterrorism and counterinsurgency to security force assistance. Their operations are secretive and often go without any public knowledge.

They are the cream of the Marine Corps crop.

Alicia Twede was unprepared for the double date that had been arranged for her during a weekend trip to North Carolina.

It was May 2002 when she and her friend Jennifer drove down from Virginia to Camp Lejune for what was expected to be a relaxing few days soaking in the sun and sand at some of the local beaches.

Alicia was a corpsman in the Navy. Having served for nearly a decade, her career was progressing so much so that she was in the enviable position to consider an overseas duty station.

Spain was at the top of her wish list.

But, were it not for that weekend in North Carolina, she wouldn’t have met the love of her life, a Marine Raider by the name of Eden Pearl.

Eden had joined the Marine Corps in 1994 right after graduating from high school.

His natural talents and leadership capabilities were quickly noticed as he ascended through the ranks, graduating from grueling specialized schools when he eventually became a Force Reconnaissance Marine.

He was beloved by his teammates, who respected and admired his intense focus and commitment to bringing out the very best in his Marines.

Yet, for the warrior that he was — his buddies called him “The Viking” because of his physique and burnt orange-colored beard — there was another side to him that enraptured Alicia.

“He was so cute. He had the prettiest blue eyes and was so well-spoken,” Alicia recalls of the first impression Eden made on her when she was introduced to him during her visit to Camp Lejune.

Tall and muscular, Eden had a soft smile that complimented a disarming demeanor.

He was the kind of guy, she said, who could “pick out a great bottle of wine and was a great cook but then he could also hang out at the gun range and teach me how to shoot a rifle.”

It was this unexpected persona she was so smitten with. They were in love. 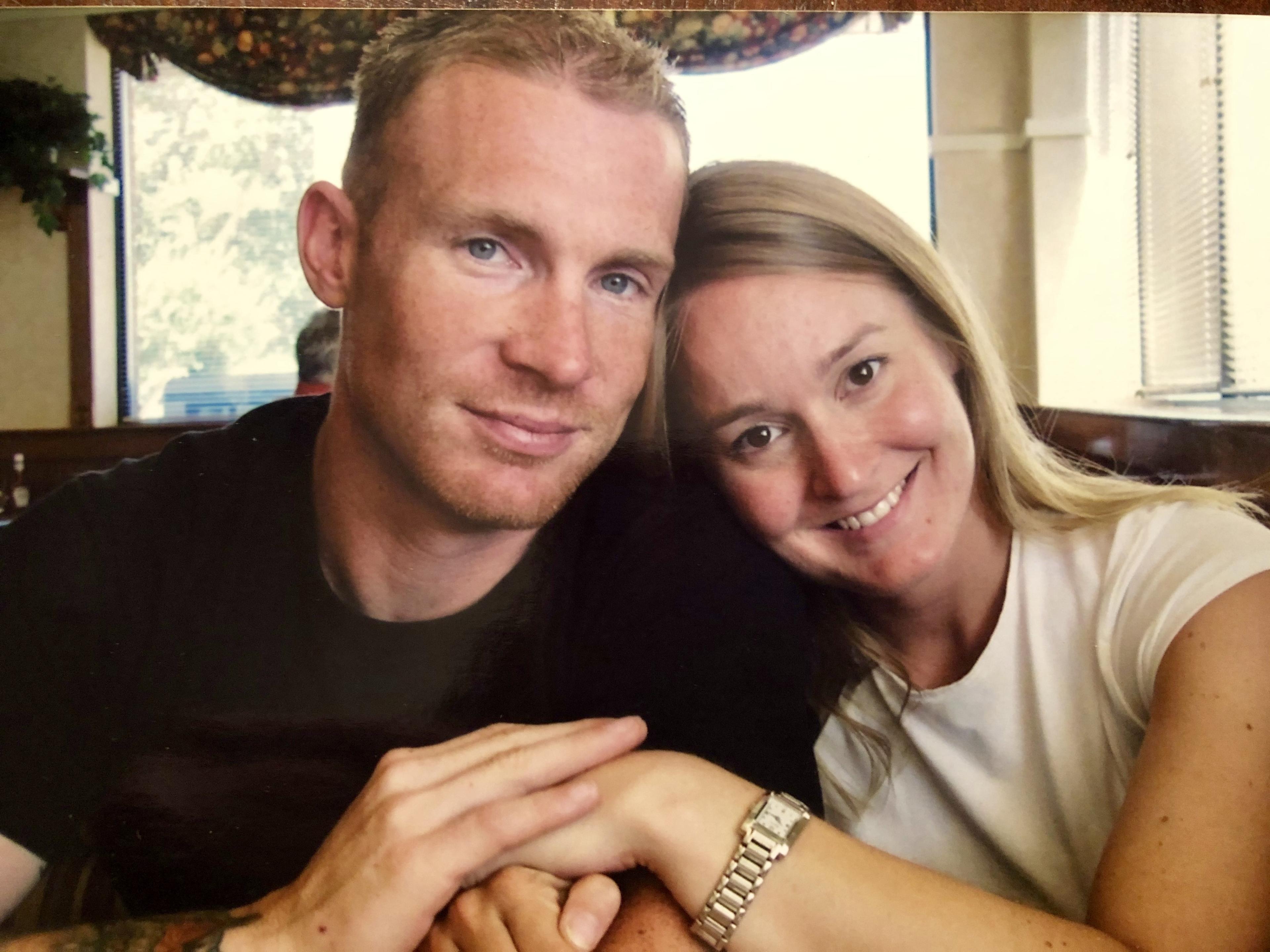 After two years of dating, including a period of long-distance when Eden and his team were on their second deployment to Iraq, they married on July 6, 2004.

A year later, Alicia gave birth to their daughter, Averey, who arrived just as Eden was preparing to return home from deployment.

They were a young and happy family.

“Most people don’t survive the injuries that he survived.”

During a combat operation on the evening of August 16, 2009, Eden and his special forces unit were heading back to base in a convoy of vehicles after having conducted a raid on a local Afghan village in Herat province.

As enemy contact intensified, the vehicle Pearl was riding in struck a roadside bomb.

An inferno of flames immediately followed a brilliant flash of light. Everyone inside the vehicle was burning alive.

The blast had killed both the driver and interpreter.

Eden’s injuries were by far more severe than the others who survived. He was in critical condition: 95 percent of his body had been burned.

Standing in the intensive care unit wearing protective gloves, a face mask, and dressed in a gown to ensure Eden’s room remained sterile and free of any other foreign debris, Alicia was unprepared, and naturally, feeling scared, for what she was about to see.

Lying on the bed and covered in a white sheet, Eden was in a medically-induced coma when she walked in.

He was hooked up to a ventilator and several other machines. Despite the severity of his burns, to Alicia’s relief, Eden’s face looked the same.

“He still looked like Eden,” she said of the moment she first saw him. “I was happy to see him and see him alive.”

Standing by his bedside, she reached out and touched him and said she was there for him.

“I told him that I love him and that he was safe.”

Surgery after surgery followed additional procedures and treatments. Sepsis and infections were constant battles Eden fought in the months ahead.

Through it all, Alicia was by his side.

He was a fighter, she said, “He had a will to survive and live.” 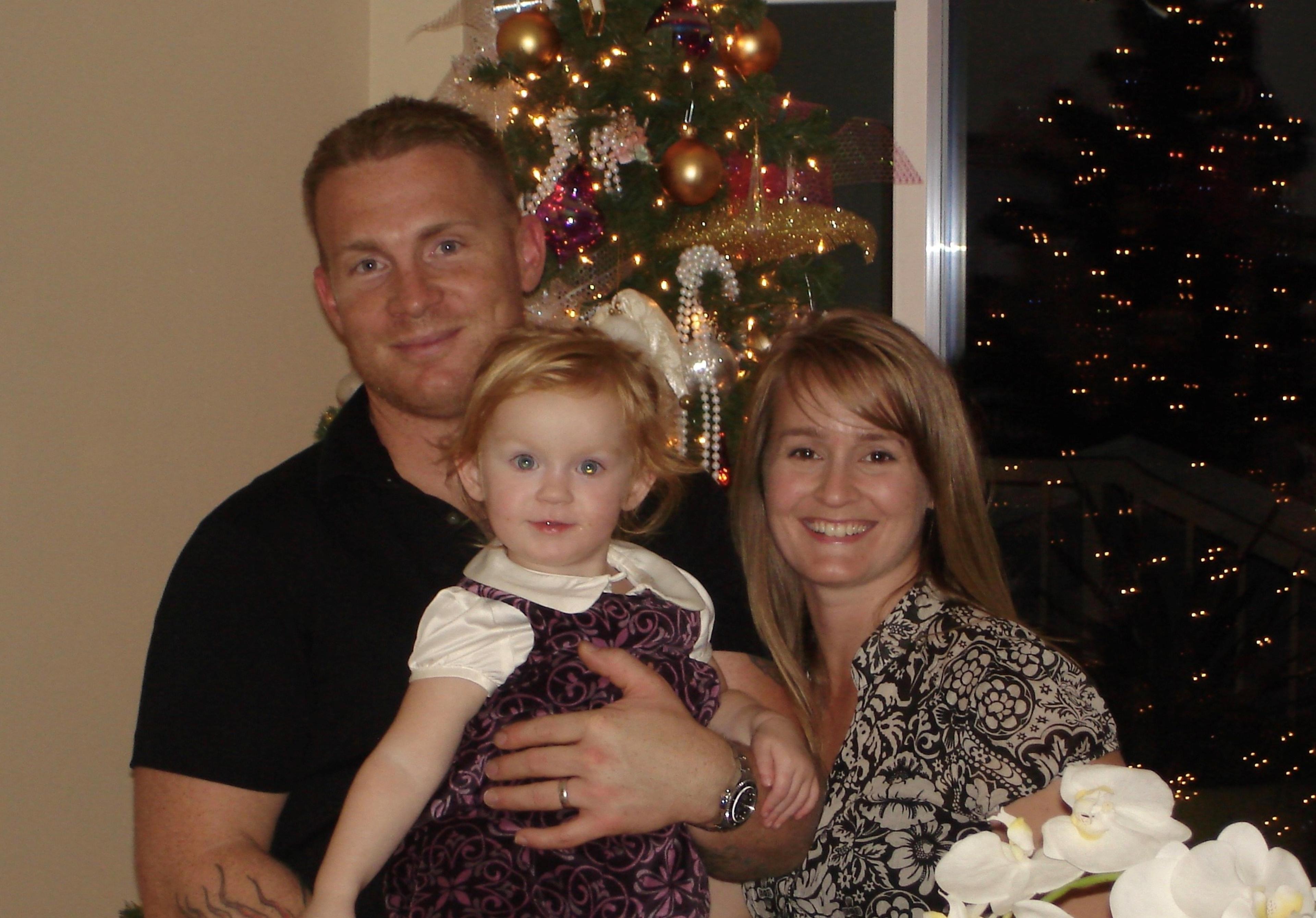 The unconquerable spirit Eden lived by as a Raider, was dually motivated by his daughter, Averey.

“She brought so much joy to his life,” said Alicia. “He loved her so much.”

In November, a month after doctors had amputated Eden’s forearm and both his legs, what seemed like an even darker point for the Pearls soon changed by a visit from Gary Sinise and the start to an enduring relationship that continues to this day.

Eden’s condition required him to be treated by a team of specialists, not just in San Antonio but in Tampa, Florida, and Omaha, Nebraska.

Moving from place to place was hard on Alicia and Averey. There was no semblance of a home in the years since Eden got injured.

Early on during Eden’s recovery in November 2009, Gary had been visiting the same hospital to pay his respects to wounded service members and their families. Spending time at Eden’s bedside and consoling Alicia, Gary formed an instant bond to the Pearls.

A few years passed by since that day at the hospital before Alicia received a phone call from Gary telling her that it would be his honor for the Foundation to build her and Eden a home.

Gary’s message, explained Alicia, was clear: We want to get Eden home.

In 2013, the Gary Sinise Foundation built the Pearls a mortgage-free, specially adapted smart home in the San Antonio area as part of its nascent Restoring Independence Supporting Empowerment (R.I.S.E.) program. The Pearl family became the first to receive such a home since the Foundation began in 2011.

“It was an answer to my prayers,” said Alicia.

Eden medically retired from the Marine Corps as a master sergeant when he was discharged from Brooke Army Medical Center.

He was ready for his homecoming.

“Finally, for once, I was able to take him from the hospital and bring him home,” she said.

“It was the best feeling ever.”

Eden succumbed to his injuries two years later on December 20, 2015.

The beloved leader in the MARSOC community, a warrior who epitomized the ideals of a Marine Raider, and a loving and caring father and husband, imparted a legacy on many. 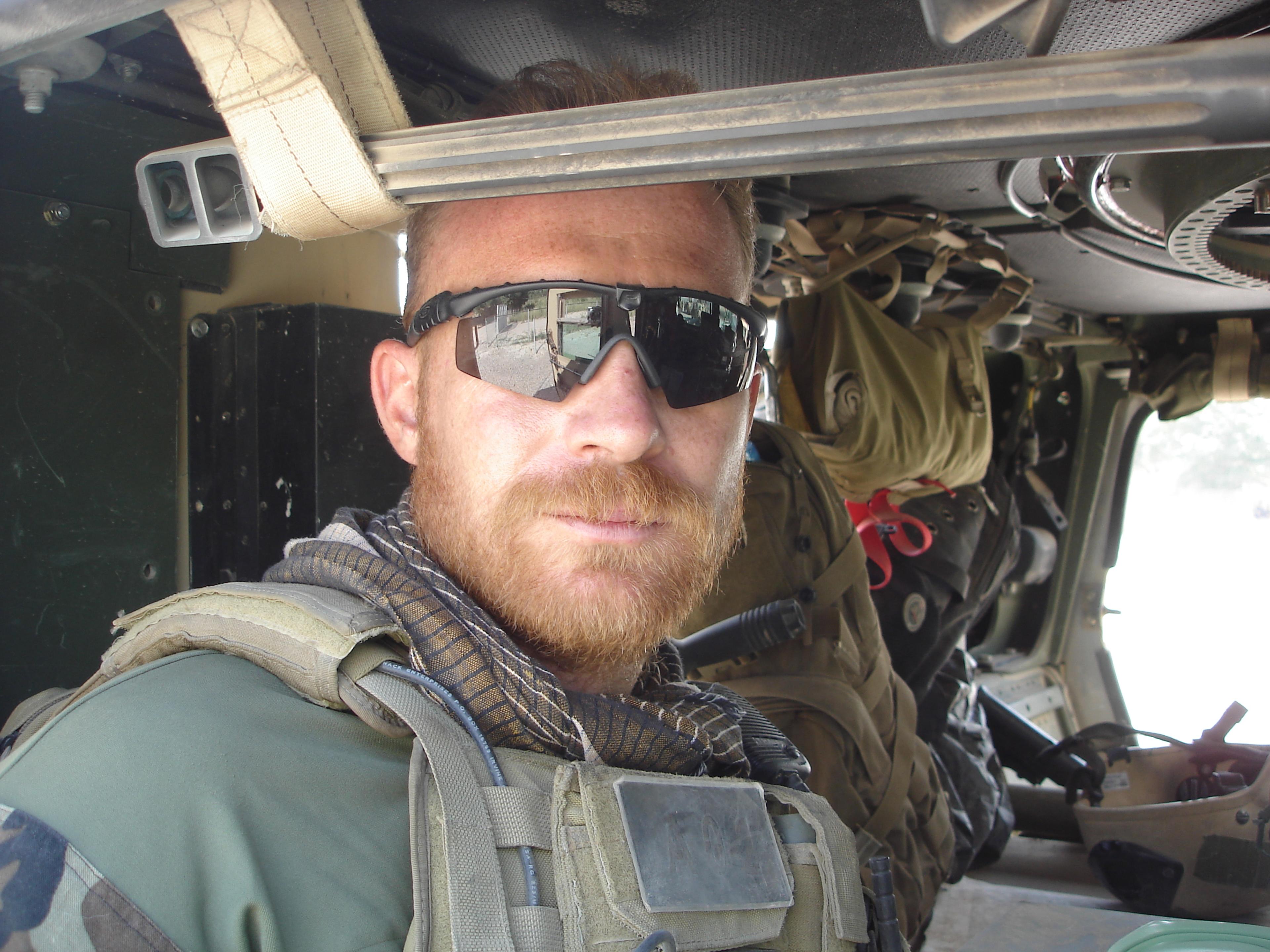 With the memory of Eden forever on her mind and in her heart, Alicia represents the Gary Sinise Foundation as its newest ambassador. Her role will be to serve as a link between members of the Armed Forces and their families, with the Foundation.

She will convey to audiences how Eden was resolved to battle back from the severity of his injuries, even up until his final breath. She will talk about the hardship experienced at home while caring for her daughter and the willpower she summoned to get her through the darkest period in her life.

Alicia will share this poignant narrative of service and sacrifice with others, all while spreading the word about the Foundation.