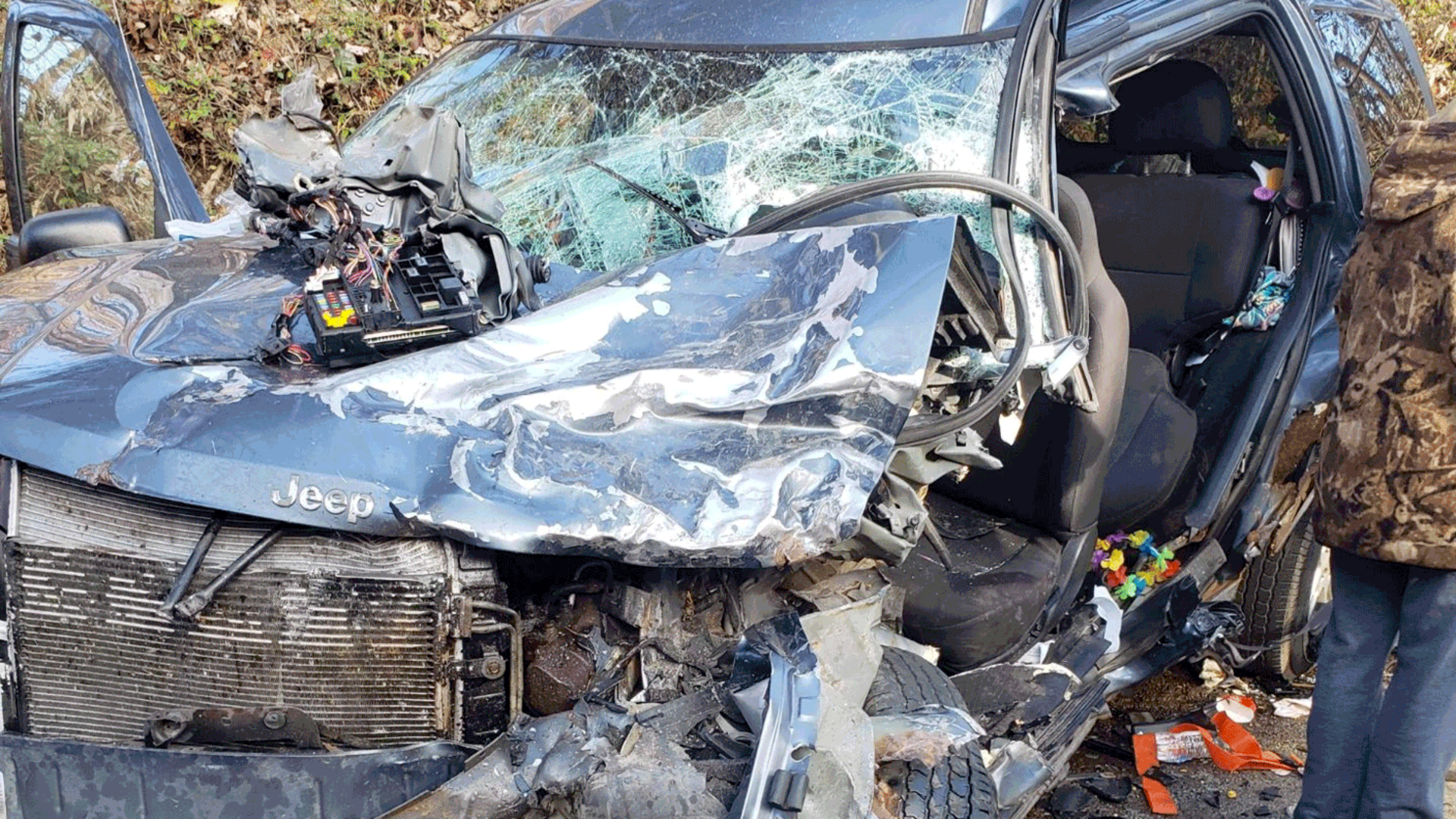 ​Sixteen-year-old Desirae Swepston was dressed for the occasion when she left home on a Sunday afternoon this past November. She was joining her friends and many others to catch her high school’s production of the Christmas classic, Miracle on 34th Street.

A student at Waverly High School, she was cruising in her 2004 Jeep Grand Cherokee through Hay Hollow Road, a narrow, backcountry road in Pike County in southeastern Ohio.

Passing dense forests of trees and gullies, the Carolina-blue-colored vehicle snaked along as it approached a blind turn at the top of the hill.

Up ahead of her in the opposite lane, an oncoming truck was quickly approaching and failing to yield roadway for both cars to safely pass.

What happened next is every parent’s nightmare.

Around 12:30 p.m. local time on Sunday, November 10, Don Cuckler, Fire Chief of Jackson Township Fire and Rescue Department, was surrounded by family and grandkids as they celebrated his wife’s 50th birthday when his cellphone rang.

He picked it up and heard the following dispatch:

Cuckler responded immediately as he jumped in his truck along with his son, son-in-law, and daughter, all of whom are first responders.

The volunteer fire and rescue crew in Jackson Township is staffed by a dozen or so men and women.

While not working at their day job, they serve at two stations covering 52-square-miles of Pike County in a blue-collar community nestled near the Appalachian Mountains, and home to an estimated 1,429 residents.

With a fraction of the tax base compared to other townships in the state, and with many citizens receiving public assistance, Jackson Township has been hampered in its efforts in purchasing life-saving equipment for first responders.

The horrific scene that awaited Cuckler, his son-in-law Captain Eric Adkins, and his crew immediately prompted neighboring jurisdictions to deploy their first responders to the sight of the crash, including an air unit from MedFlight.

For Cuckler, with nearly 32 years on the job as a first responder, the severity of the car crash was out of the ordinary.

“I haven’t seen a wreck like that for several years,” he said.

Both cars struck each other on the drivers’ side before veering into an embankment that pitted the two against nearby trees.

The Jeep was left nearly unrecognizable with its windshield completely smashed in.

Broken glass and fragments from the vehicle were sprinkled across the pavement.

Its frame was contorted from the impact, and the front end disassembled.

She was trapped inside the Jeep with a fractured left femur and a puncture wound to her right arm and left leg.

“She was hurting and screaming,” Cuckler said of first seeing Desirae in the vehicle which he described as “mangled.”

How to remove her from the Jeep without causing her any additional pain, demanded a multi-use tool fit the job.

The Jaws of Life, which uses hydraulic pressure to pry, cut, and lift heavy objects, was employed by Captain Adkins with Cuckler directing first responders on scene, to remove the back door and drivers-side door of the Jeep.

Parts of the vehicle that connect the windshield to the dashboard and both the back door to the drivers-side door were also removed with the tool.

“The dashboard was down on top of her with part of the dash cutting into her left leg,” said Cuckler.

“We used our ram and jaws and put them in the vehicle, and we did a dash roll,” he said about getting the dashboard off Desirae to free her upper body.

The life-saving tool wouldn’t have been in the arsenal of Jackson Township first responders had they not applied to the Gary Sinise Foundation for a First Responder Grant in February 2018.

With each fire station requiring its own set of Jaws of Life and supporting equipment —whose costs straddles if not surpasses that of the fire department’s annual budget — the practicality of acquiring two sets without grant funding was next to nil.

It was only a matter of time upon receiving both sets that Cuckler and his band of volunteers would utilize the life-saving equipment.

For more than an hour and a half, first responders tried in vain to extract the helpless teenager from her vehicle.

As more pieces of the vehicle were cut off and manipulated to get to Desirae, they soon found that her right leg was bent backward and ankle jammed behind the seat because the impact of the crash had caused the floorboard to come up and crush inside the vehicle.

She was also pinned down by the brake pedal which had come through the vehicle, essentially locking her leg in place by the force of its brace.

“We had given her several shots of pain meds while she was in the car, with the air unit taking care of her because she had obvious fractures.”

Despite removing several sections of the car, Desirae’s right foot was still trapped and locked in place behind the seat rendering her extraction nearly impossible.

The decision was then made to have the medevac unit fully sedate Desirae for Cuckle and first responders to safely and quickly remove her from the car and evacuate her by helicopter to the nearest hospital.

“Once she was put to sleep, we were able to manipulate her foot out from underneath the seat without her having any additional injuries.”

Had it not been for the new sets of Jaws of Life purchased with their grant, Cuckler and other first responders at the scene wouldn’t have been able to extract Desirae.

“Our old set wouldn’t have had the strength to do what we did.”

“Without you [Gary Sinise Foundation] none of this would have ever happened,” he said about extracting Desiree from her vehicle. “We wouldn’t have been able to do what we did.”

On Tuesday, December 3, Desirae was discharged from the hospital but remains on her road to recovery.

“She endured a lot,” said Cuckler, “she’s a tough little girl to go through what she went through and come through it with flying colors.”