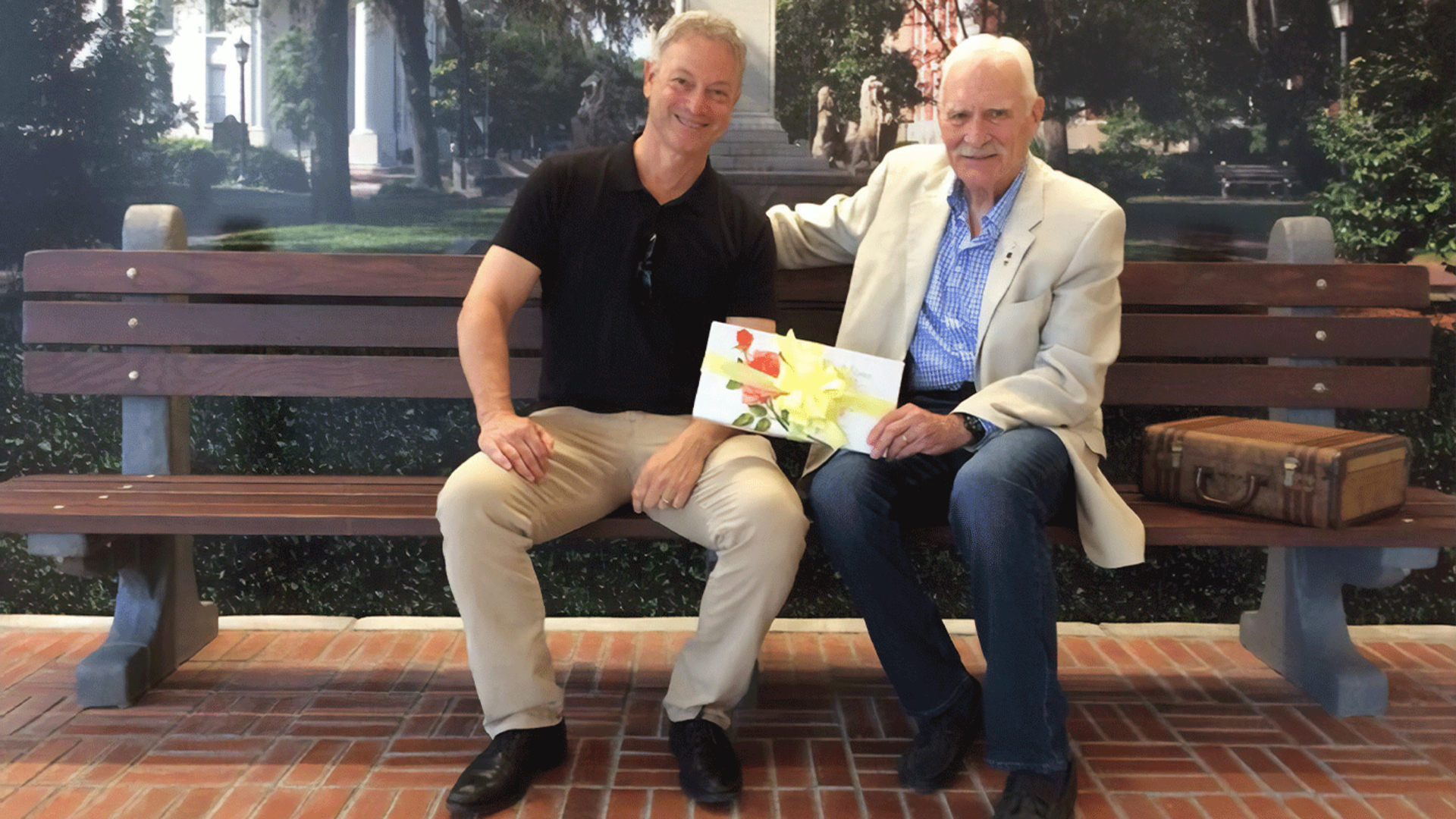 Hunting Island State Park in South Carolina rests on five miles of lush beachhead along the Atlantic Coast. The windswept island features white, sandy beaches dotted by palm trees, palmetto trees and pine trees which lazily sway in the breeze. Marshes in the island’s interior are protected by thousands of acres of dense tropical forest.

Like it’s neighbor to the north, Fripp Island, whose physical geography mirrors that of Hunting, their picturesque features could easily be a stand-in for another part of the world.

And that’s precisely what the filmmakers of Forrest Gump wanted.

The island’s starring role became the proving ground for Gary Sinise, Tom Hanks, castmembers and extras who would make up Alpha Company, 2nd Battalion, 47th Infantry under the command of Sinise’s character, Lt. Dan Taylor, as they underwent intensive military training in the lead up to shooting the film’s combat scenes. 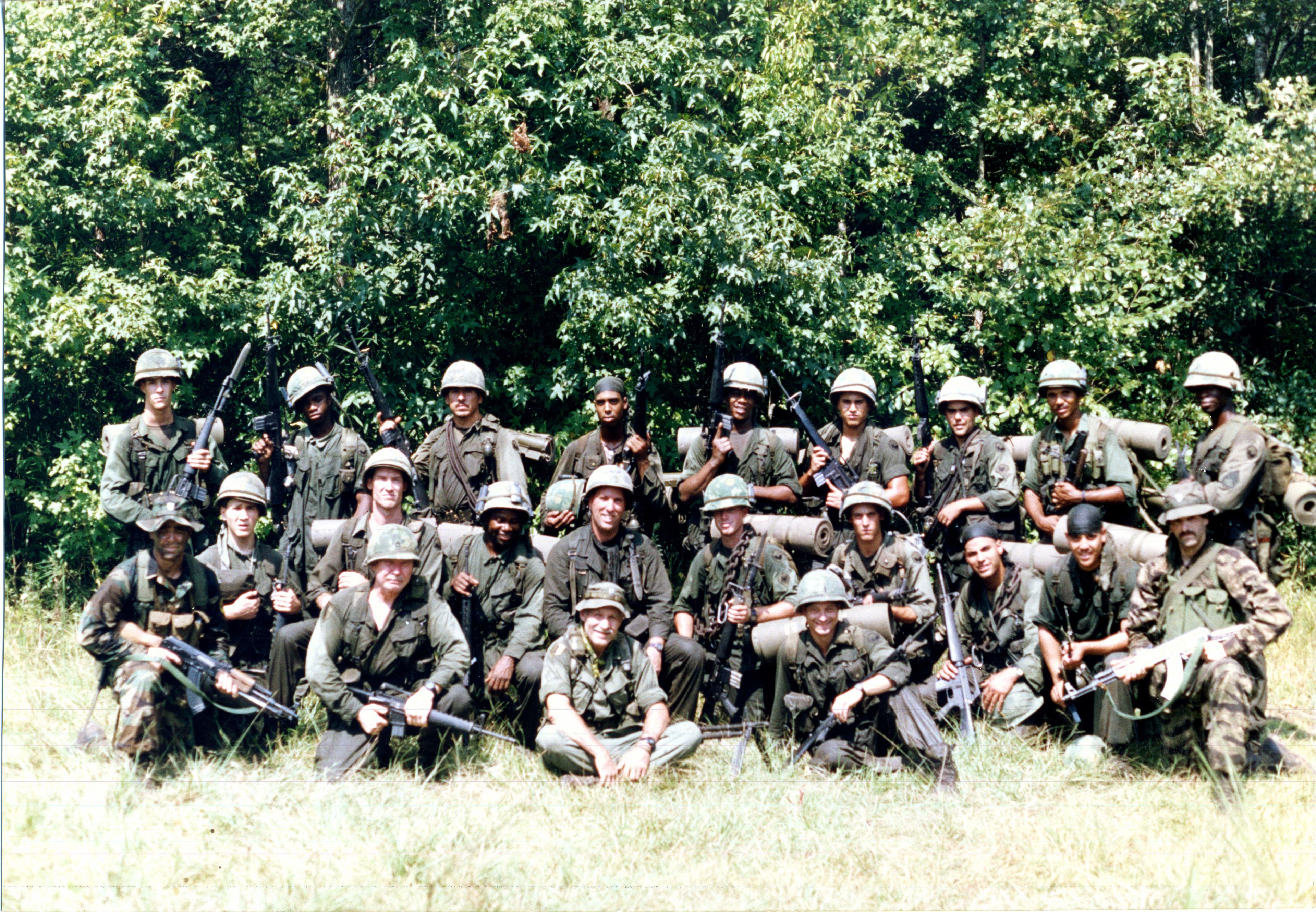 Key to the actors’ transformation into a legitimate, and more importantly, believable, small unit fighting force, was retired United States Marine Corps Captain, Dale Dye, a professional with a no-nonsense attitude whose steely focus ensured that Gary and his fellow thespians experienced the realities of life as an infantryman before any filming were to commence. As Gary writes in his New York Times bestselling book, Grateful American, about the immersive training experience Dye provided to the cast, “For four days we lived in the woods. At night, we needed to maintain silence. It grew pitch black, and we couldn’t have lights. We slept in the dirt and maintained a constant guard.”

In the heat and humidity, at daytime and night, through the dirt and mud, and with mosquitos buzzing through the air and snakes slithering by their feet, Gary and his platoon were immersed in the grit, sweat, and stench that came with soldiering.

Then came the boom.

Ahead of the platoon’s final assignment while in training, Dye and his team from Warrior, Inc., a consulting firm in the entertainment industry Dye had established in 1985, secretly planted charges in the ground that would be traversed during the mission to simulate mortar explosions and artillery fire.

The deafening booms and effects injected realism into the mission of simulated combat and the stress and adrenaline that goes hand in hand under such conditions.

In the 2011 award-winning documentary, Lt. Dan Band: For the Common Good, a film which follows Gary and the Lt. Dan Band at concerts hosted around the country and overseas for our country’s military men and women and their families, Dye makes an appearance where he talks about his work on the set of Forrest Gump and how he deliberately took steps to break down the walls of method acting and an actor’s supposed self-knowledge about soldiering that would lead them to falsely believe their actions and demeanor reflected that of a soldier.

“I think it creates a barrier or a wall to what you’re experiencing and what you think you know, and I want to break down that wall,” said Dye about the purpose of his instruction and why he has actors go through a scaled-down version of boot camp before any cameras begin rolling.

“When I had Gary training for Forrest Gump in his role as Lt. Dan, he was so intent and so serious and so focused on detail — the way I held my compass — so I put the heat on him. I put the pressure on him.”

When it came time to film the battle scenes, Gary and the platoon channeled their training and mock-boot camp experience to ensure an honest portrayal of the American foot soldier while on patrol and in combat during the Vietnam War.

“I told Gary at the completion of the shoot, I said, ‘You know, you could have done it. You could have soldiered,’” said Dye.

Dye retired from military service in 1984. His distinguished service record includes the Purple Heart, which he received on three separate occasions, and who was honored with the Bronze Star with “V” device for valor for actions during combat in Vietnam.

He came west to Hollywood in 1985 with an express purpose: change the way war movies are made and portrayed on screen. Through his consulting firm, Warrior, Inc., Dye utilizes his vast experience in the Marine Corps and understanding of military culture to introduce authenticity and realism into how service members and war are portrayed and depicted to a mass audience.

With a resume that features iconic feature films and television shows, including Platoon, The Thin Red Line, and Saving Private Ryan to Band of Brothers, Dye has served as an actor, a technical advisor, writer, and director to flawlessly execute a mission whose end result is seen by millions of viewers around the world.

His cinematic contributions in front of and behind the camera have captured the service and sacrifices of the nation’s Armed Forces and the realities of combat.

Ensuring the authenticity of what war is like and how it's depicted on the screen to training actors on soldiering and how to accurately represent the men and women who wear our nation's military colors, Dye is a trusted resource in the film and television industry.

In August 2019, in recognition of his body of work in film, television, print, and digital media, the Disabled American Veterans (DAV) honored him at its national convention with the Bugle Award for lifetime achievement.

Like, Gary, Dye is a passionate advocate for our nation’s service members and veterans.

After the filming of Forrest Gump, Dye writes in Thoughts on Production, a subsection on Warriors, Inc. website, about his budding relationship with Gary that began while working together on the set, “He never really learned land navigation, but he also never missed an opportunity to lead his unit even long after training was finished.”

Dye went on to write, “Gary is a fine actor, a good man and a good friend.”

After Gary arrived in Beaufort, South Carolina in September 1993, to begin filming Forrest Gump, it was then that the foundation of a lasting friendship developed between him and Dale that went beyond pupil and instructor.

During the Lt. Dan Band Rock and Remember benefit concert held at the Park West Theater in Chicago on June 11, 2005, Dale helped MC the event which helped raise money for the Pentagon Memorial Fund whose proceeds went to the construction of the National 9/11 Pentagon Memorial. 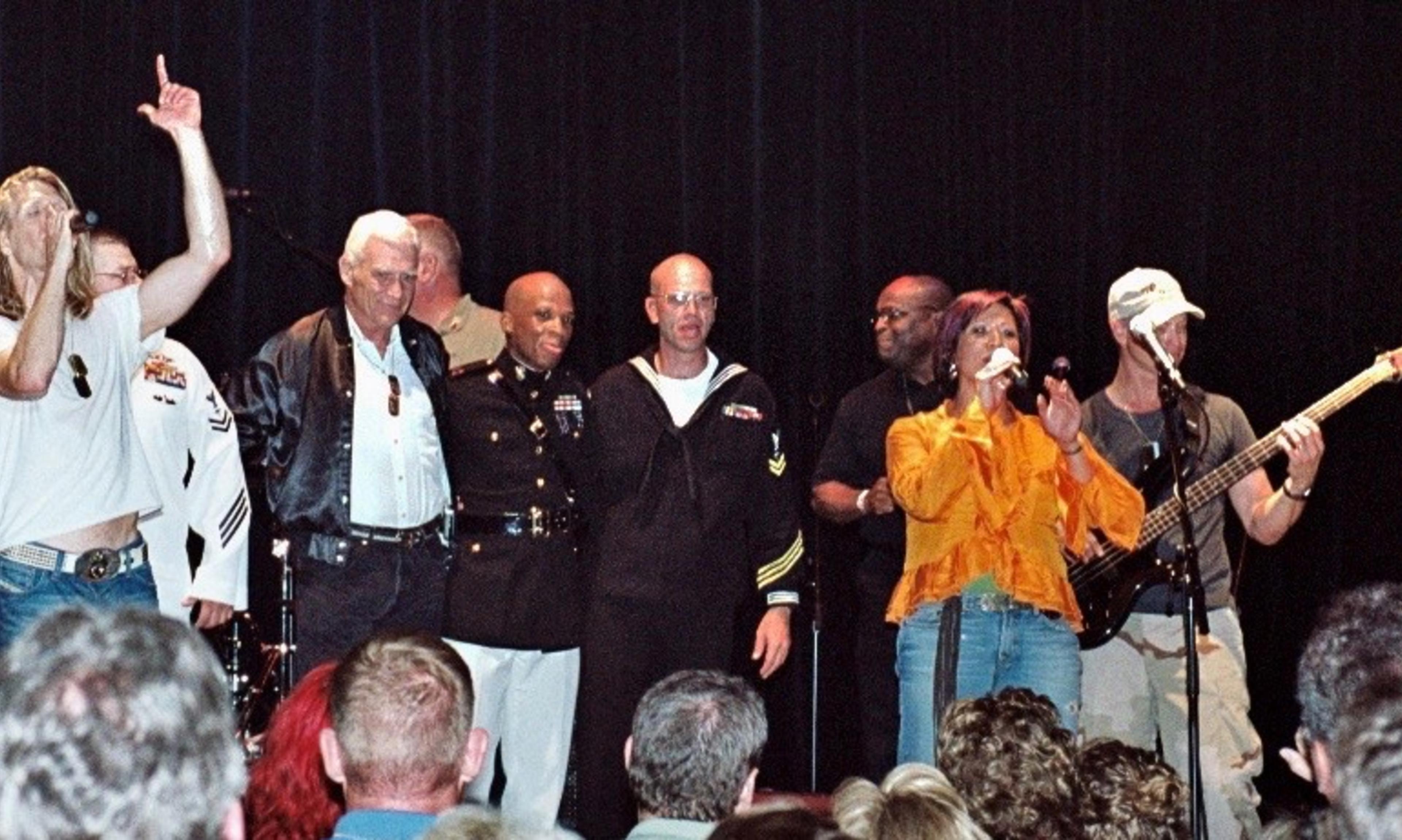 They’ve remained good friends to this day and hope to collaborate in the near future on an upcoming film Dye is directing called No Better Place to Die, about the 82nd Airborne Division’s mission to capture and defend the La Fière Bridge over the Merderet River during the first three days of the Normandy invasion on June 6, 1944.