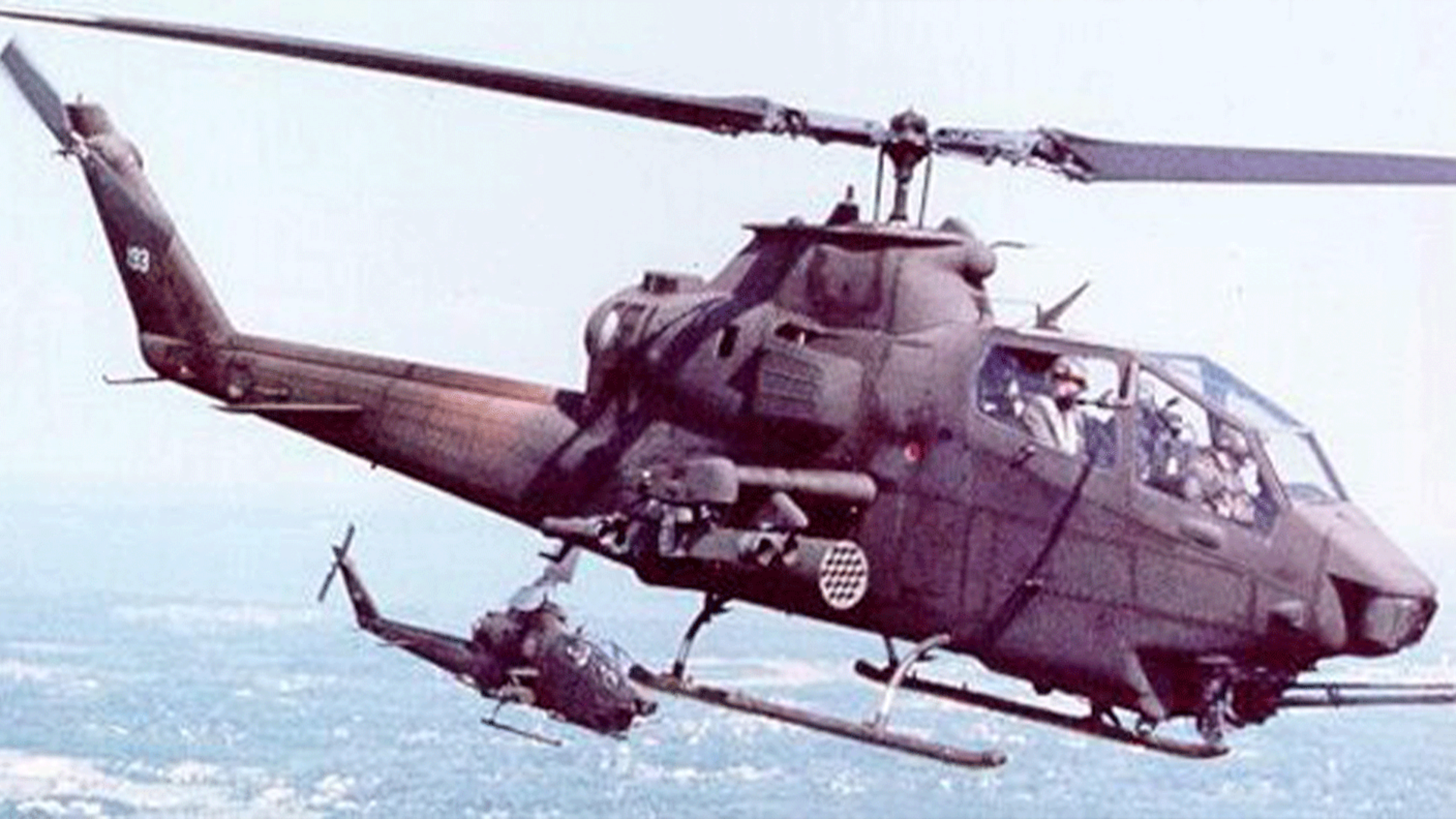 When the United States was in the throes of the Vietnam War in 1968, nearly 500,000 American soldiers had already been sent into country to bolster South Vietnamese forces in the brewing conflict which unlike wars in the past, was broadcast into the living rooms of the American people.

Despite the polarizing atmosphere on the homefront marked by nationwide protests against the war and growing disillusionment about the country’s involvement in Southeast Asia, a small-town kid from Shelby, Ohio saw an opportunity to make his dream of becoming a pilot a reality when he signed along the dotted lines to serve his country in the military.

Roscoe Armstrong enlisted in the U.S. Army in March 1968, three years after the United States began deploying ground combat troops to Vietnam upon Congress passing the Gulf of Tonkin Resolution in 1964. 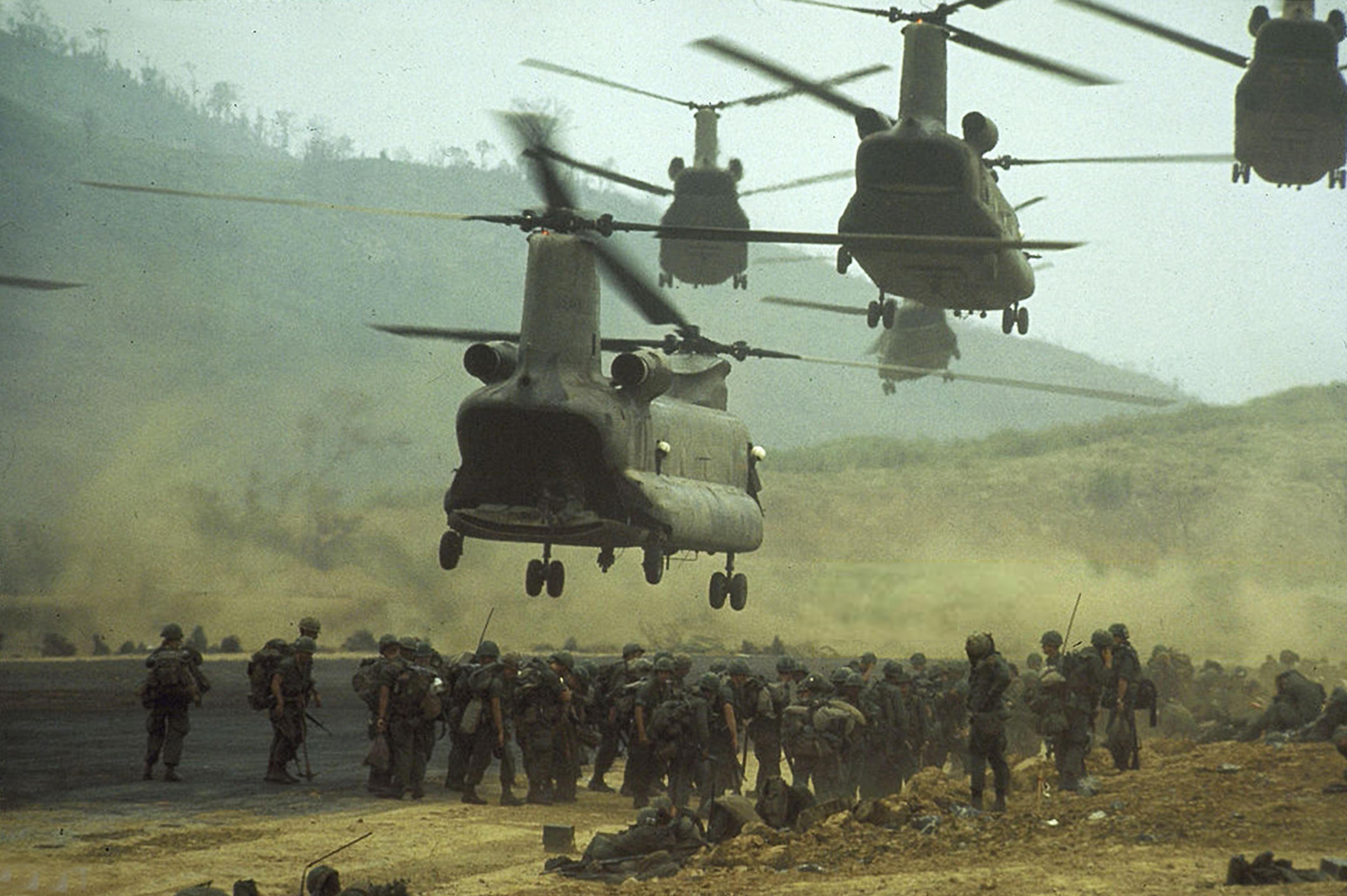 The 19 year old had his crosshairs squarely on completing flight school, earning his wings, and getting into the cockpit of any one of the Army’s rotary-wing combat gunships.

As a Chief Warrant Officer One, Armstrong was assigned to the AH-1 Cobra after completing flight training. The sleek-looking and intimidating Cobra was a tandem seating gunship with immense lethality and the weapon of choice for the Army’s nascent rotary attack battalions.

Almost immediately from his first mission, he and his gunner who was seated in the front seat in the cockpit would experience intense enemy gunfire as they flew at treetop level while supporting friendly ground forces, escorting convoys, and supporting rescue operations where they provided covering fire, overhead protection, and reconnaissance.

During one such mission on June 23, 1970, in support of an Allied ground unit under heavy enemy fire, Armstrong’s actions would later merit the Distinguished Flying Cross, awarded to service members who distinguish themselves by heroic or extraordinary actions in flight while supporting combat operations.

Armstrong’s citation when he received the medal in 1971 reads in part: Despite the heavy enemy fire, he placed accurate and intense suppressive fire on the targets, kept abreast of the situation and kept a constant volley of fire on the enemy as they tried to retreat. His three attacks resulted in three secondary explosions and an estimated 25 enemy casualties. Their exceptional courage and complete devotion to duty were demonstrated throughout the day as they repeatedly exposed themselves to heavy enemy fire.

When he left the military in 1971, Armstrong transitioned his flying experience and aviation expertise into a fruitful career spanning leadership positions at the FAA, Drug Enforcement Agency Air Wing, Sikorsky Aircraft, American Airlines and in corporate aviation.

Supporting fellow veterans from conflicts past and present and those still serving in the Armed Forces through his charitable efforts and industry guidance to those entering the workforce once out of the military has remained a commitment that is close to his heart.

Since December 2018, Armstrong has been a monthly contributing donor to the Gary Sinise Foundation supporting service members, first responders, and their families in need.

“As an old veteran myself, I see a lot of people out there that need help,” he said about service members in need of support and resources. His monthly donation to the Foundation contributes to ensuring core programs are offered year-round.

“When I got back from Vietnam their wasn’t really much help out there if you really needed it. Back then we didn’t even know what PTSD was.”

For many returning service members from Vietnam, their homecoming was anything but celebratory.

“People coming back from Vietnam were looked down upon, were spit on, and were called baby killers,” recalls Armstrong who will never forget the lack of gratitude and appreciation shown by the American people for those who served in Vietnam.

“We don’t want that same situation for the veterans of today,” he said.

“The Gary Sinise Foundation is there to help veterans of today.”

Since 2016 the Foundation has maintained the highest rating of four stars set by Charity Navigator, one of the largest evaluators of non-profits. The rating is based on financial health, accountability, and transparency.

For every dollar donated unless otherwise specified, 89 cents is allocated across the Foundation’s four programmatic pillars and their supporting initiatives.

The impact of the Gary Sinise Foundation on the lives of our military service members, veterans, first responders, their families and those in need stretches across the country and at overseas military installations in Korea and Germany.

The footprint of support continues to grow thanks to the generosity of the American public, enabling us to carry out our mission year-round.

Serving our Armed Forces a hot meal and slice of Americana (Serving Heroes) to supporting children and spouses of fallen military heroes (Gary Sinise Foundation Snowball Express), building specially adapted smart homes for severely wounded service men and women (R.I.S.E.), and bringing WWII veterans to The National WWII Museum in New Orleans (Soaring Valor), your donations are an invaluable contribution to the success and widespread impact of the Foundation.

Yet many challenges remain for those we serve, and as Gary reminds us, while we can never do enough for our defenders and their loved ones, we can always do a little more.

Donate today or become a monthly recurring donor like Roscoe Armstrong and make a lasting impact on our nation’s heroes and their families.