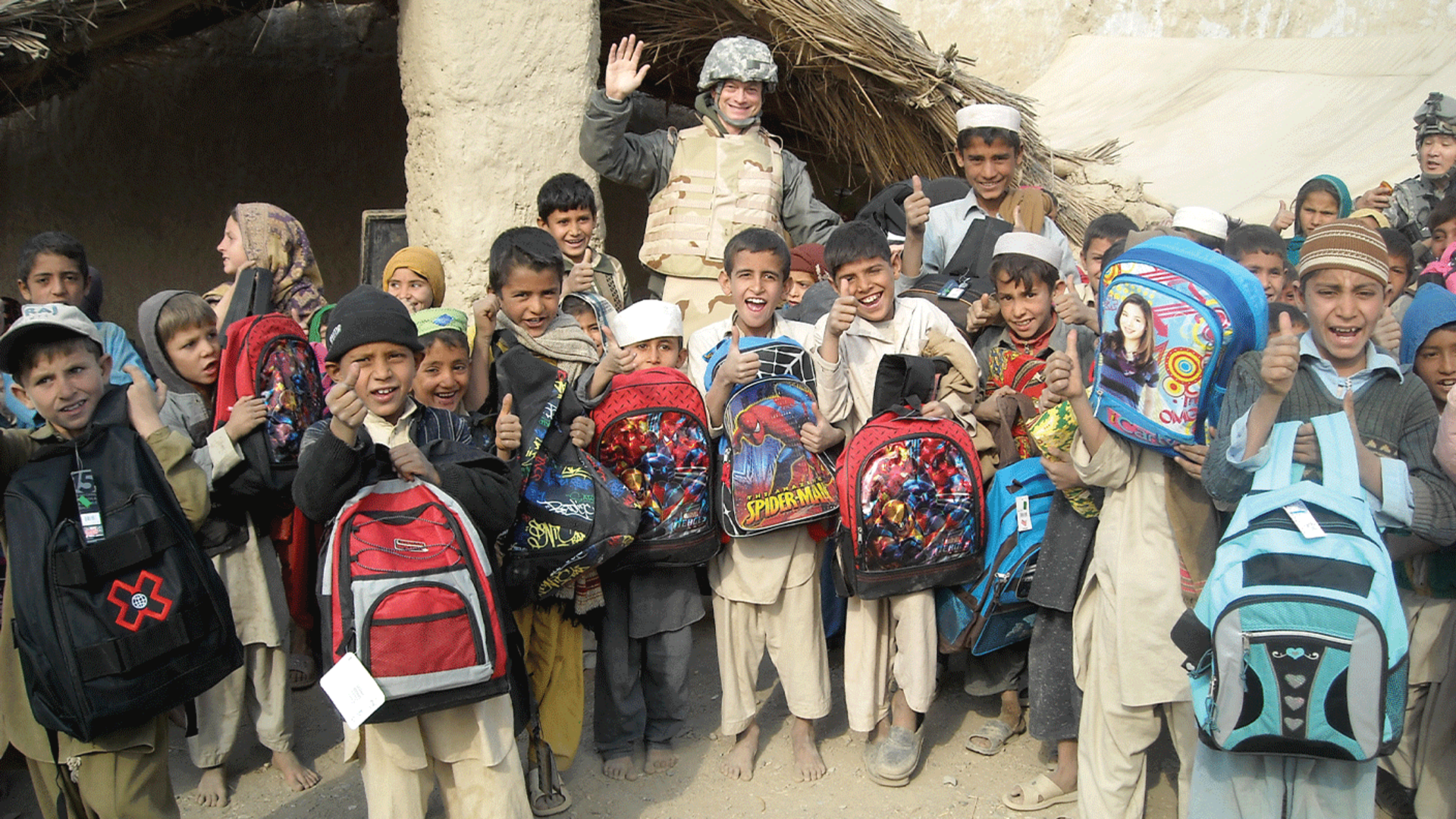 Seven months after U.S. and coalition forces invaded and toppled the regime of the former Iraqi dictator, Saddam Hussein, Gary Sinise was on his second USO tour of Iraq in November 2003. The USO trip would prove to be an inspiration to action after visiting schoolchildren at Albu Hassan School in Balad.

As Gary explains his call to action after visiting Albu Hassan School in his book Grateful American: A Journey from Self to Service, “Few pencils, sheets of paper, or books were available. Certainly nothing close to the mass of erasers, glue, rulers, binders, geometry sets, art supplies, maps, posters, lettering charts, sports equipment, and backpacks we saw at home. When I asked why the Iraqi children didn’t have more supplies, the surprising answer came back: ‘Because we can’t get them here.’”

While interacting with so many children and the headmaster during his school visit, Gary felt the weight of many questions tug at his heart. An internal struggle and the search for a way to help ensued.

He thought to himself, “I can do more.”

The mission of OIC was to ship school supplies to U.S. troops for them to give to Iraqi children through grassroots donations with the backing of the American people. “Helping soldiers help children,” became the motto of the organization which later changed its name to Operation International Children (OIC retained as the abbreviation). 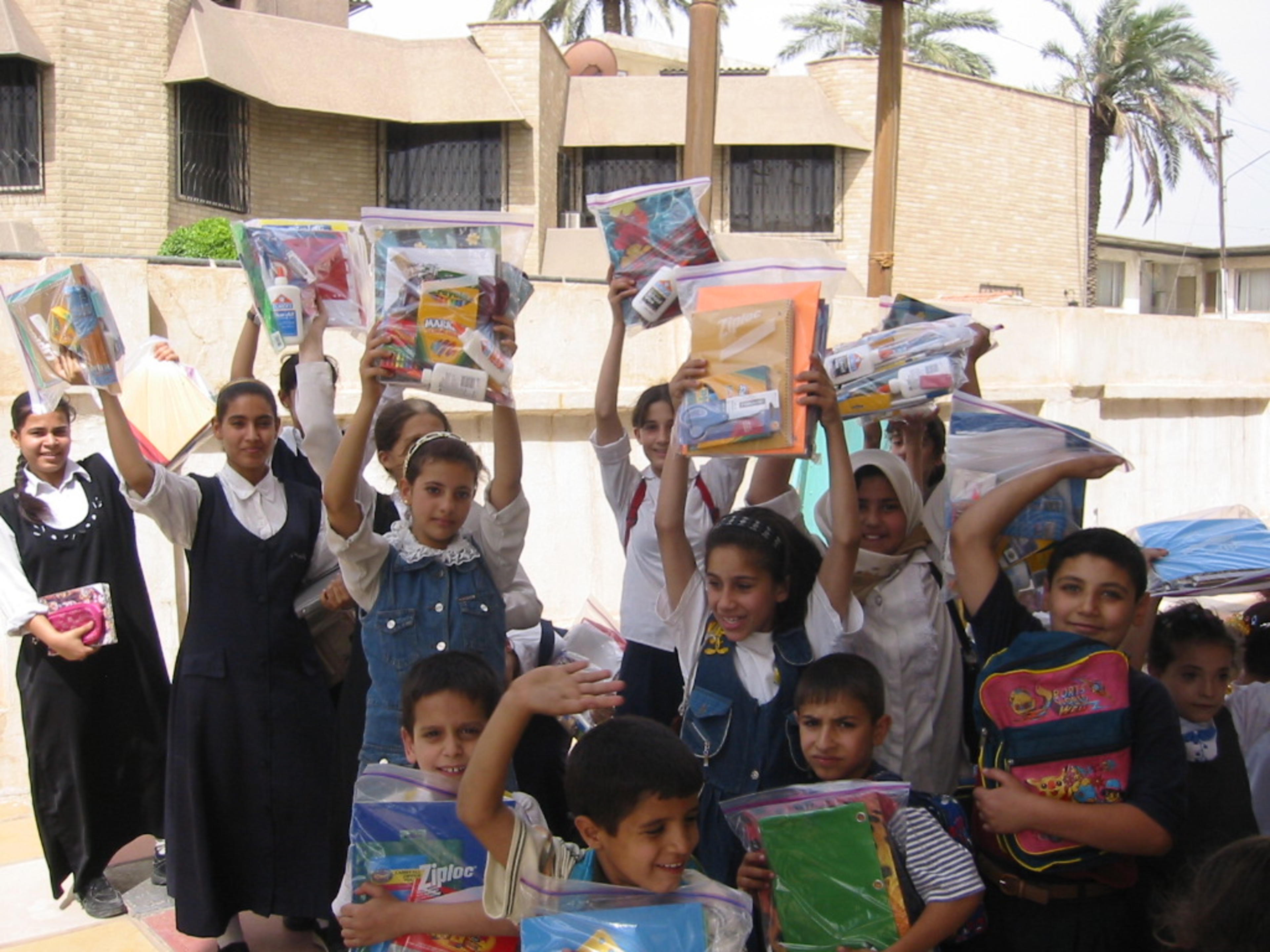 With the organization’s name change and year-after-year growth in donations, OIC began shipping supplies and additional resources to countries whose schoolchildren were in need including Afghanistan, Djibouti, Haiti, and the Philippines.

When Hurricane Katrina struck New Orleans in August 2005, OIC was able to deliver school supplies, clothes, shoes and more to needy areas along the Louisiana and Alabama coast.

Over its lifetime OIC was able to deliver 340,967 school supply kits — two-pound ziplock bags filled with pencils, erasers, and other essentials to succeed in the classroom. 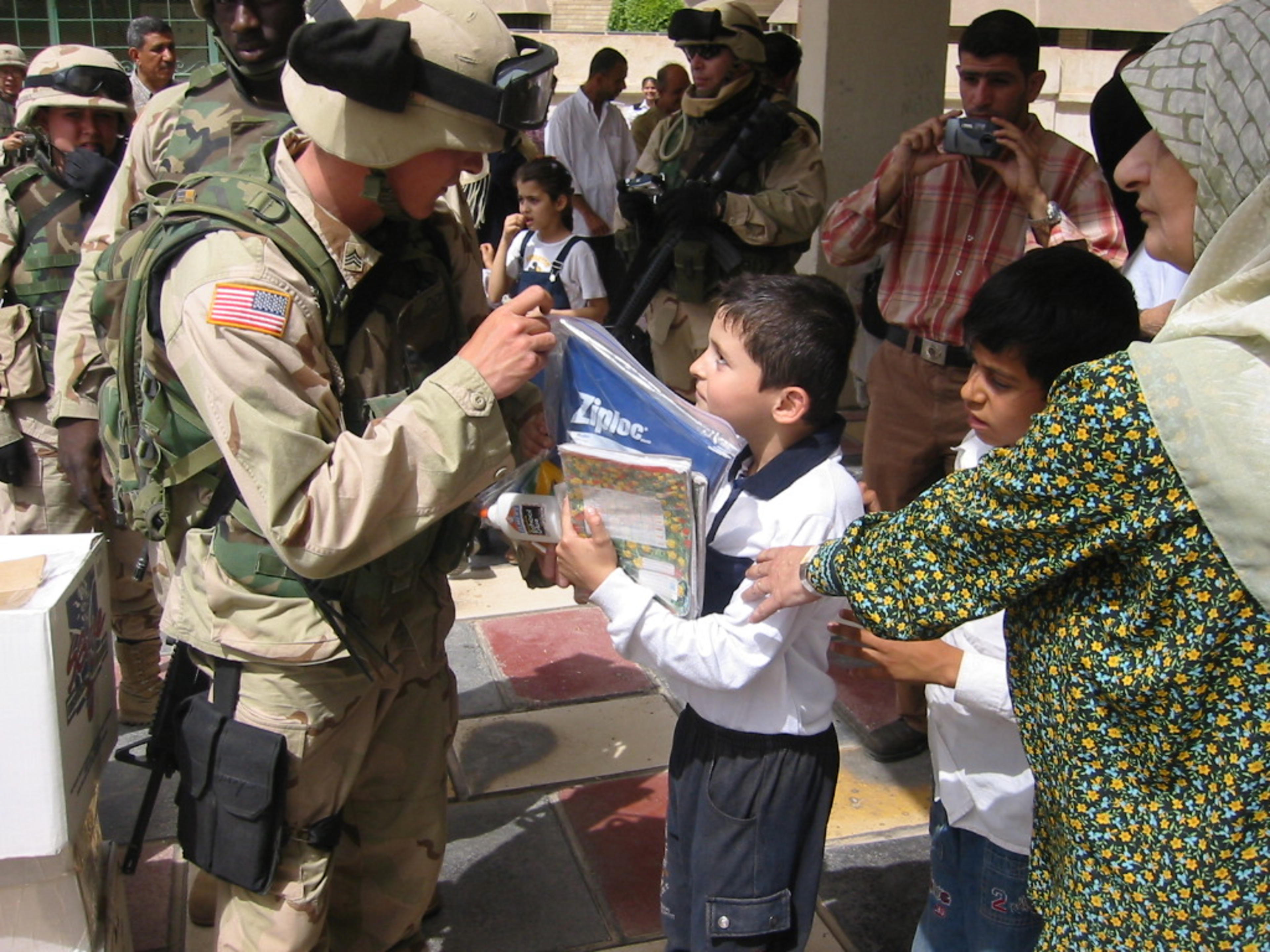 Countless numbers of shoes and backpacks were also donated along with more than fifty pallets of sports equipment and more than half a million toys delivered in 157 container shipments which were shipped from the United States. The help of thousands of donors and volunteers, with support from Mary Eisenhower (granddaughter of President Dwight D. Eisenhower) and the nonprofit People to People International, were crucial to the success of OIC and its borderless reach.

At the Gary Sinise Foundation’s Center for Education & Outreach, among the featured exhibits that chronicle Gary’s pivot from citizen to humanitarian — self to service —is Operation International Children.

Photos of U.S. troops smiling alongside Iraqi children and other mementos from the program compliment insightful text about OIC and its role in helping the troops serve the children of Iraq. 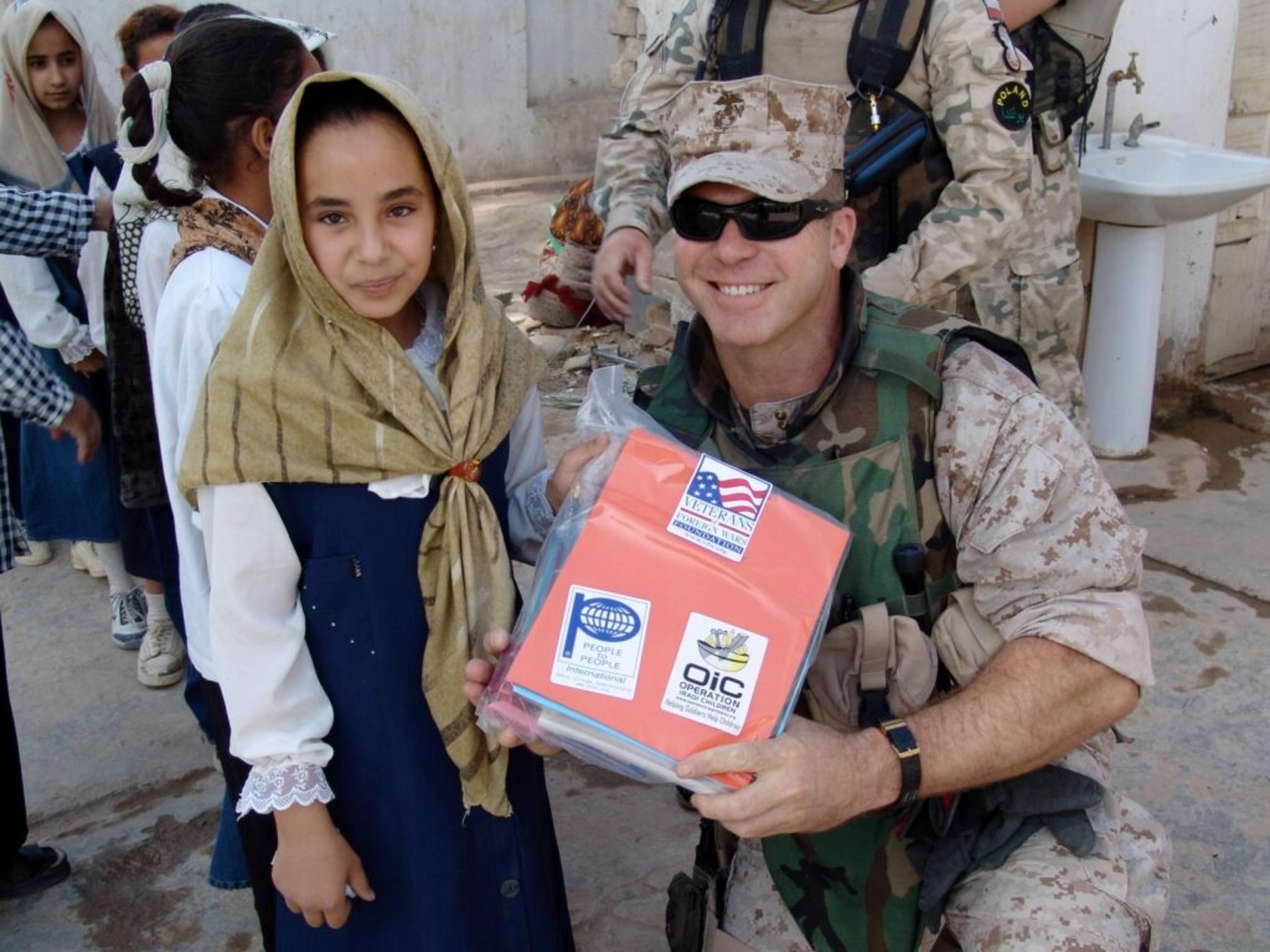 Before OIC concluded its mission, Gary received a heartfelt thank you letter from an 18-year-old Iraqi teenager named Hadeel who was a recipient of a school supplies kit.

Her letter is reproduced in Grateful American and while Hadeel’s command of English is limited, her gracious message is easily understood, “...it’s nice to know there still good people in this world...infact you made alot of kids happy because you gave them hope of new life and the encouragement and the feeling they are important.”

Operation International Children concluded its mission in Iraq in 2011 and in Afghanistan in 2013.

The program’s impact on the lives of schoolchildren in war-torn countries and elsewhere cannot adequately be measured by conventional metrics. Yet the smiles and acts of gratitude shown towards U.S. troops by children upon delivery of much-needed school supplies, clothes, and many other in-demand resources, brought beauty and companionship during a time of upheaval.

The power of an educated mind and the will to learn — particularly by youths in a nation marked by instability — gives hope and promise to the next generation of leaders, professionals, and citizens who will shape the future of their respective community and country.

Now, 15 years later, in his own words Gary reflects on OIC and the impact the program played on both U.S. troops and Iraqi children.

“After leaving the Albu Hassan school that day in November 2003, I remember feeling so proud of our troops and what they had done for the children there. In looking back at our OIC program, I can also say how proud I am of this nine-year effort and the American people who supported us all those years. From time to time, I have met service members who received our supplies during that period and expressed to me how helpful the program was to them. It’s a great feeling to know that we did a little more back then to help the soldiers help children.”