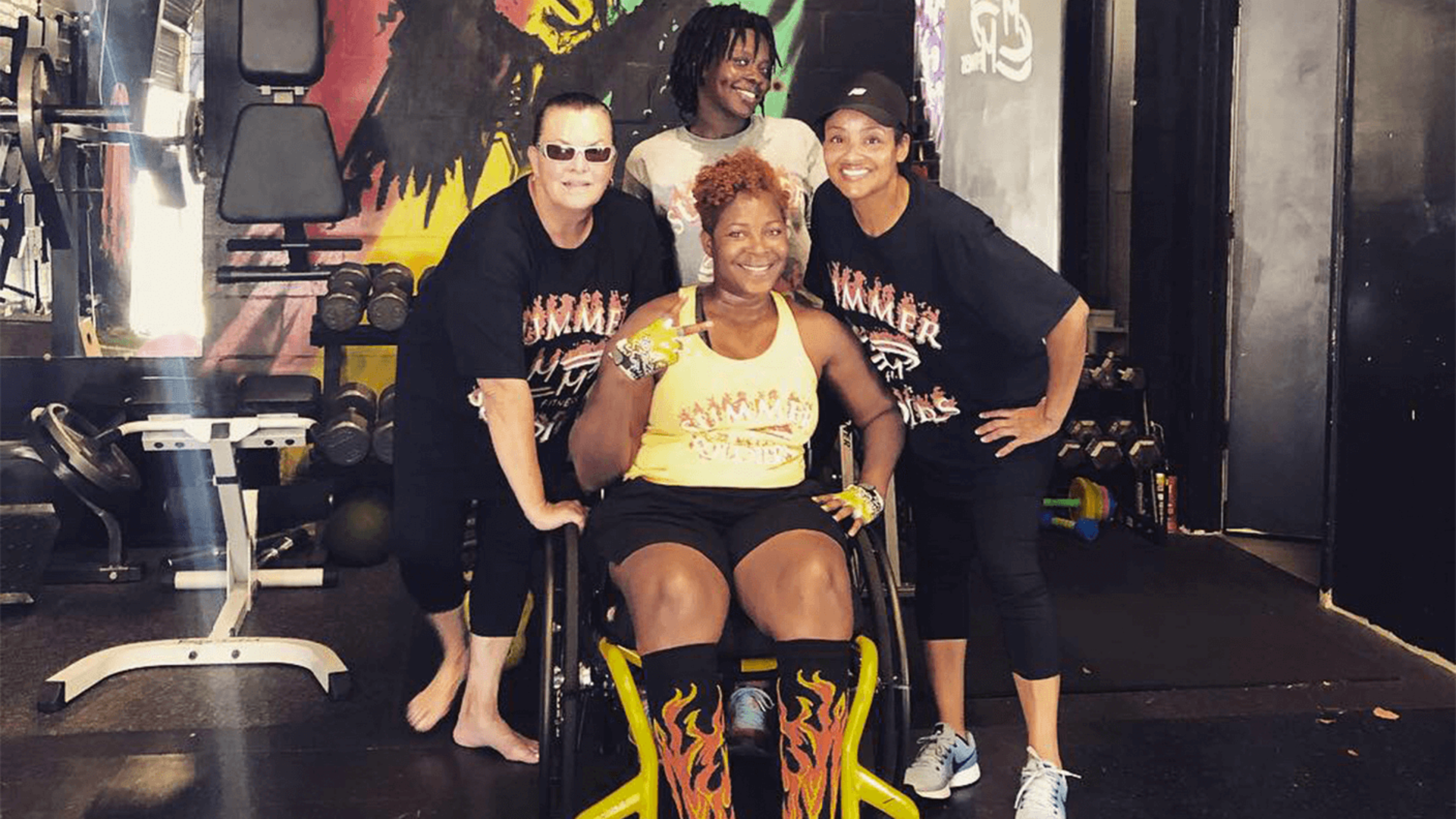 “I’ll have my freedom back.”

Navy Reservist and school counselor, Anya Francis, made one inadvertent mistake last Spring while fulfilling her duty that in an instant changed her life and with that the personal freedoms she, like most everyone else, takes for granted.

At the heart of the Gary Sinise Foundation’s Restoring Independence and Supporting Empowerment (R.I.S.E.) program is to ensure that our nation’s wounded service members, veterans and first responders are provided with the necessary resources — inside and out of the home — to accommodate their respective injury while helping to advance their sense of independence, normality, and freedom of movement in their lives.

For Anya Francis, regaining her freedom takes on a whole new meaning with the modification of her home that will fit her limited mobility.

This is her story

Petty Officer Second Class Anya Francis and the cargo battalion she was assigned to as part of the Tampa, Florida-based Navy Reserves, were midway through evaluation week on May 10, 2018.

The battalion was being considered for deployment which set in motion a two-week long exercise to demonstrate proficiency under pressure and mission readiness should the battalion be activated and eventually deployed.

Containers were loaded and unloaded from ships docked in port.

It was a routine day until one small step abruptly brought it to a standstill.

“When I was coming down from the crane,” explains Francis, “I don’t know if I missed a step or if it was grease but I fell 27 feet and dislocated my neck, broke my back, a rib on the right side, and the bottom of my shoulder blade on the right side.”

The impact from the fall left Francis in excruciating pain.

“I can’t move, I can’t feel my legs,” recalls Francis who after the fall thought to herself how lucky she is to be alive.

Upon being rescued from the ground floor of the crane, she blacked out.

It was only after she woke up that she learned that she was paralyzed from under the chest down.

After enduring multiple operations at Riverside Regional Medical Center in Newport News, Virginia and months of rehabilitation split between Shepherds Center in Atlanta and the Tampa Vet Center, Francis began regaining her strength and muscle memory by working with physical therapists, doctors, and a personal trainer.

Adapting to the loss of her legs in carrying out basic tasks and social norms whether at her home or out in public, once an afterthought, was essential in her training regiment.

“I learned how to get on different equipment [for using the bathroom] taking showers,” said Francis, “we took trips to the airport to learn how to travel and board a plane. We went to the supermarket and learned how to shop.”

Born in Jamaica and raised in New York and West Palm Beach, Florida, Francis “wanted to give back to the country,” she said. Her reasons for joining the Navy went beyond altruism.

Ms. Francis, as she is known to her students at Tampa Bay Technical High School where for the last nine years she has worked as the school’s college and career counselor, had joined the Navy Reserve in 2013 out of a sense of duty and patriotism.

As a model to her students, Francis, having already earned her bachelors and masters degrees, utilized her job and experience in the Navy as another way to exemplify to the students what avenues they can pursue in addition to higher education, and as a way to complement a full-time job.

“I’m able to give them [students] a more informed decision,” she said.

During the school year, Francis takes care of college admissions prep and research for incoming seniors and underclassmen, arranges standardized testing for all grade levels, and preparing students from the school’s career-focused programs for placements after graduation. All of which is done while she fulfills her obligation in the Navy Reserves by serving one weekend a month at Naval Operations Support Center—Tampa.

Through it all, she has remained upbeat and determined to live her life with a positive attitude knowing full well she will be bound to her wheelchair. She’s embraced her injury in more ways than none.

“I’m going to church on Sunday’s again, I’m doing the women's summertime bible reading book club on Tuesdays,’ she said, ‘I’m going out with my girlfriends for drinks.”

Francis also plans on taking her first trip in a wheelchair to the Florida Keys this month.

Her home in Riverview, Florida is slated to be overhauled later this year so that it fits her range of motion and is completely wheelchair accessible. Carpeting throughout the house will be torn out and replaced either with tile or luxury vinyl tile (LVT).

Modifications to the kitchen will include lowering the countertops to enable Francis better access to appliances and the stovetop while the laundry room and closets in each of the bedrooms will be fitted to ensure easier accessibility.

“Right now my mom is living with me,” explains Francis about in-home support she receives from her mother who also makes meals for her and takes care of her laundry.

Close friends help out where needed while Francis’ home prepares to be modified.

“As far as showering, one of my girlfriends comes over twice a week and she’ll lift me onto a bench that’s in the shower because the guest bathroom is not wide enough for my chair to fit by the toilet and allow me to transfer myself.”

Once Francis’ home has been modified and tailored to her mobility and range of motion, she is confident it will be a life-changing transition.

“It will be very nice when I can have more independence and start doing things on my own.”

“The fact that they stepped up to help,” said Francis about the Gary Sinise Foundation assisting with the cost of her home modification in light of her receiving a Specially Adapted Housing (SAH) Grant from the VA which would have only covered a few areas of her home in need of modification, “now I can virtually do everything that needs to be done to the house.”