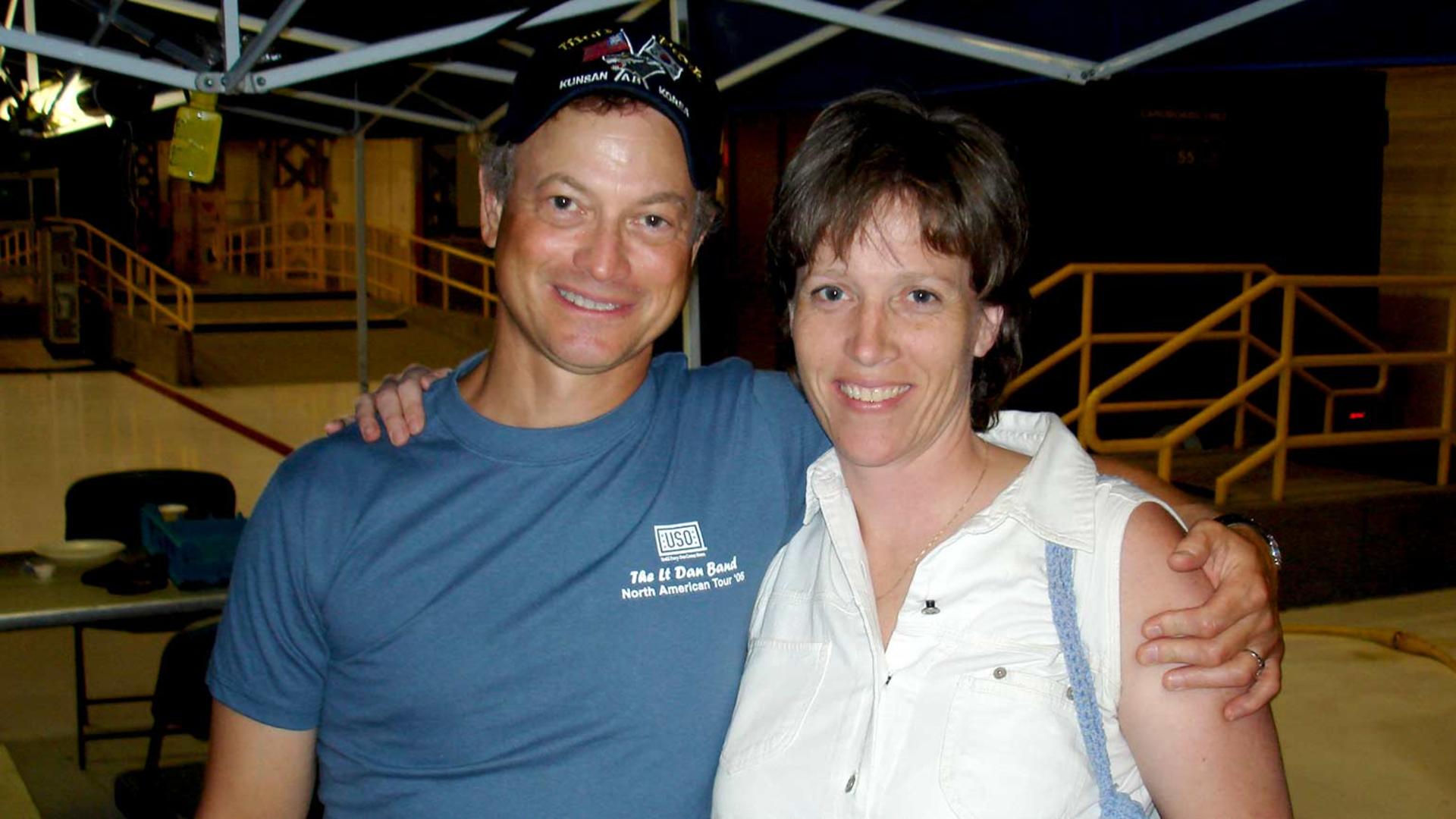 For nearly forty years, Gary has stood as an advocate on behalf of our nation’s defenders. Throughout this time, he has traveled to military bases around the world and met so many remarkable individuals. In November 2003, during Gary’s second trip to Iraq, he witnessed our service members working tirelessly in support of the Iraqi children’s education. He wanted to do something to assist their efforts. In 2004, Gary teamed up with author Laura Hillenbrand to co-found Operation Iraqi Children (OIC). They later formed a partnership with Mary Eisenhower and People to People International. With support from FedEx, they began shipping school supply kits for US troops to distribute to the children of Iraq. After the organization expanded to serve other countries, it was renamed Operation International Children before sending its final shipment in 2013.

Gary has kept in contact with many of the soldiers he met during this time. Mary Prophit served our nation during the Iraq war and was very passionate about OIC. Below, Mary shares her story about how she first connected with Gary and began working to spread goodwill to the children of Iraq.

In September of 2004, I started my first deployment to Iraq. As a civil affairs team chief, my 4-man team was attached to an infantry battalion in the western half of Mosul. Back then, the insurgents were very active. There were attacks almost daily. With all the violence and the lack of law and order within the Iraqi government, it was difficult to make progress improving the lives of civilians. We were able to distribute school supplies and soccer balls, and these simple acts of kindness helped demonstrate our humanity and build relationships between our soldiers and the Iraqis. However, getting these supplies to the dangerous streets of Mosul was next to impossible.

I first heard of Gary’s organization in November 2004 from a USO photographer who was on assignment in Mosul. He passed my email address on to Gary and you can imagine my surprise when I actually got an email back! Gary introduced himself and explained that OIC was doing its best to get as many supplies into the hands of soldiers as possible. Soon we had an entire shipping container full of school supplies, all packaged in Ziploc bags ready to distribute. Delivering these supplies to schools throughout Mosul really made a difference.

Interested in the ongoing welfare of the soldiers and Iraqi people, Gary stayed in touch with me throughout my deployment. I added him to the mailing list where I journaled my experiences so he remained tuned-in to the work we were doing.

In 2009, I was deployed again to Iraq, returning once more to Mosul. One of the first things I did was reach out to Gary and OIC. He made sure I had the contact information for his liaison in Baghdad. We received another shipping container and distributed the supplies to Iraqi children in need.

By this time there was more or less a functioning Iraqi government and we experienced a lot of success facilitating improvements in essential services like sewage, water, electricity, transportation, etc. The Iraqi Army also began stepping out on its own, learning how to forge relationships with the local citizens. I ended up using the OIC supplies with the Iraqi soldiers as well, which helped them establish trust in their communities.

It was wonderful to watch.

Gary kept in touch with me between and after my deployments. He arranged for me to take an exclusive behind-the-scenes tour of the CSI:NY set. In 2006, he invited me to see the Lt. Dan Band perform at McChord Air Force Base. I brought my family and we finally met Gary face-to-face. He again invited me and my children for a set visit to watch them film the show. And when he found out I was hosting an auction to help send students to Washington, D.C., he sent half a dozen items from CSI:NY to auction off. He even recorded a video greeting for my Civil Affairs Brigade’s Dining Out, which was the highlight of the evening.

The number of soldiers, sailors, airmen, and Marines that Gary meets in person every year is remarkable. And it is so greatly appreciated by me and I’m sure millions of other people.

THANK YOU FOR ALL YOU DO!