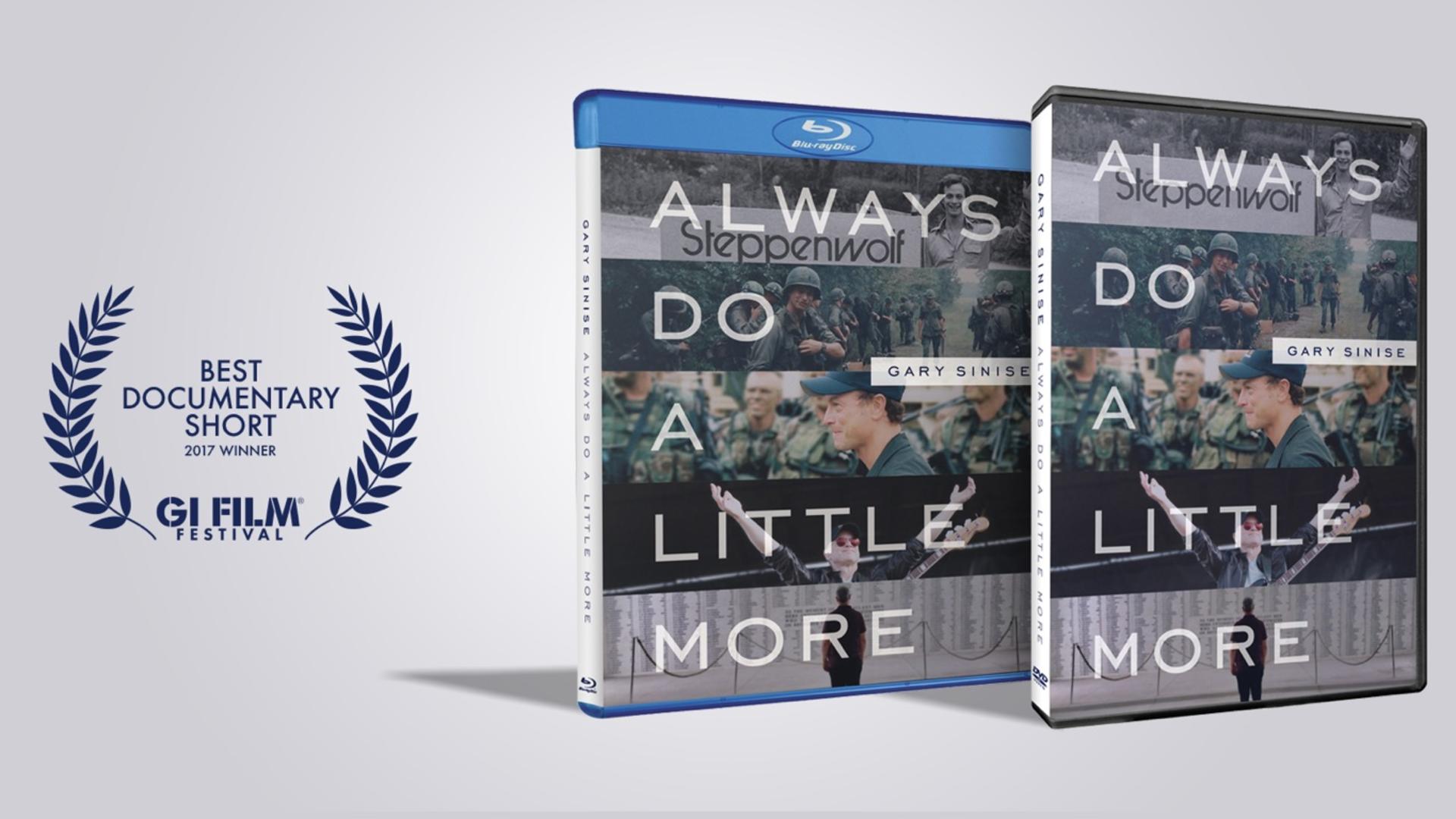 Gary Sinise: Always Do a Little More recently won the 2017 GI Film Festival’s Award for Best Short Documentary. And today, we are pleased to announce the film is now available on DVD and Blu-ray at the Gary Sinise Foundation store. Check out the trailer below!

Director Kip Perry along with filmmaker Elan Bentov examine Gary Sinise’s 40-year commitment to support America’s heroes and their loved ones. The film starts at the beginning of his journey, when Gary learned what it means to serve from the veterans in his family. Soon he was directing a play written by Vietnam veterans and understanding more about the terrible treatment they endured upon their return home from war. Gary's eventual role as Lt. Dan Taylor in Forrest Gump would introduce him to wounded heroes around the world, forming lifelong friendships and alliances with incredibly inspiring individuals. But when the world changed on September 11, 2001, so did the course of Gary’s life—and it’s never been the same since. His mission to serve and honor America’s heroes has become a tireless crusade of service and gratitude, one he hopes will endure as his individual legacy.

Don’t miss this remarkable story told with the same compassion and enthusiasm that Gary brings to all his philanthropic efforts. Proceeds from the film will support the Gary Sinise Foundation’s mission to serve and honor America’s defenders and their loved ones.

Buy it now on DVD or Blu-ray