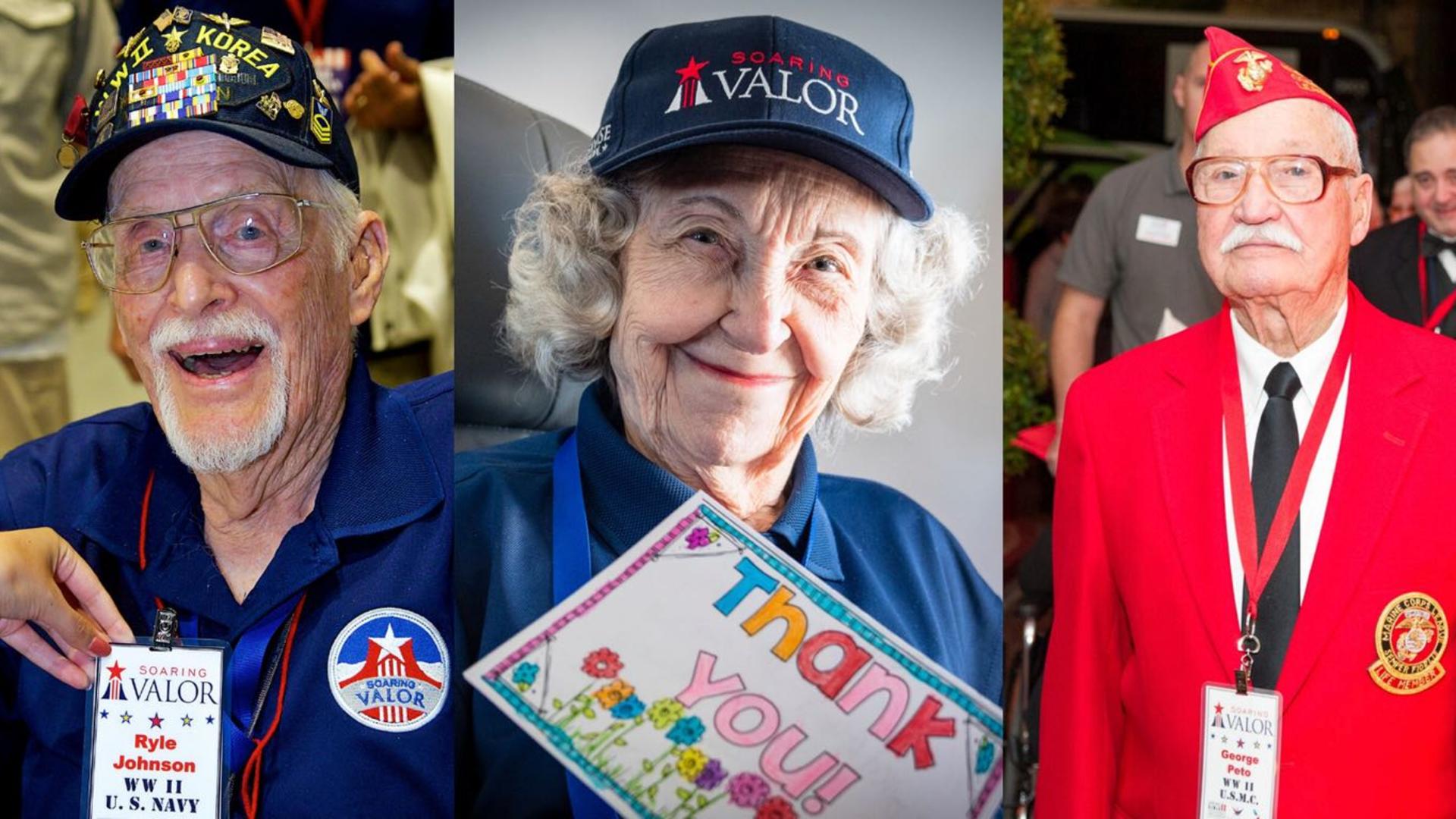 As we begin our extended weekend vacation by enjoying a family backyard cookout, a ball game, or a day at the beach, let us pause to reflect on the significance of this Memorial Day holiday. On this day, we honor all those who have made the ultimate sacrifice in defense of our nation. We remember those left behind to mourn their loss. And we pay tribute to those who have passed by sharing their legacies with future generations.

Thousands of heroes have answered the call to service, each with a story to be shared. Soaring Valor has introduced us to more than 200 WWII veterans and we’ve shared so many amazing memories together on our trips to The National WWII Museum in New Orleans.

In keeping with the traditions of this day, we’d like to recognize just a few of the veterans we had the pleasure of knowing who have passed away. Today, we share the stories of three remarkable individuals, but we celebrate all the American heroes who are no longer with us.

George Peto served as a Sergeant in the US Marines during World War II. He spent 32 months of combat experience in the Pacific battles of New Guinea, Cape Gloucester, Peleliu, and Okinawa. Numerous authors, television programs, and even The History Channel consulted George’s extensive memories from the war. George passed away peacefully on July 5, 2016.

Two years after World War II began, Helen Aileen Horbury joined the Navy. She graduated at the top of her class in aircraft engine repairs. During her service, Helen met the love of her life, Clifford Horbury. They were soon wed and remained married for over 72 years. Helen passed away on March 3, 2017, just two months after Cliff’s passing.

Ryle Johnson served our country for 20 years in the Navy as Chief Petty Officer, fighting in both World War II and the Korean War. Following his service, Ryle continued to work in the aerospace industry as an engineer. He was happily married to his wife Eleanor for over 50 wonderful years until her passing in 2008. Ryle himself was laid to rest on February 11, 2016.