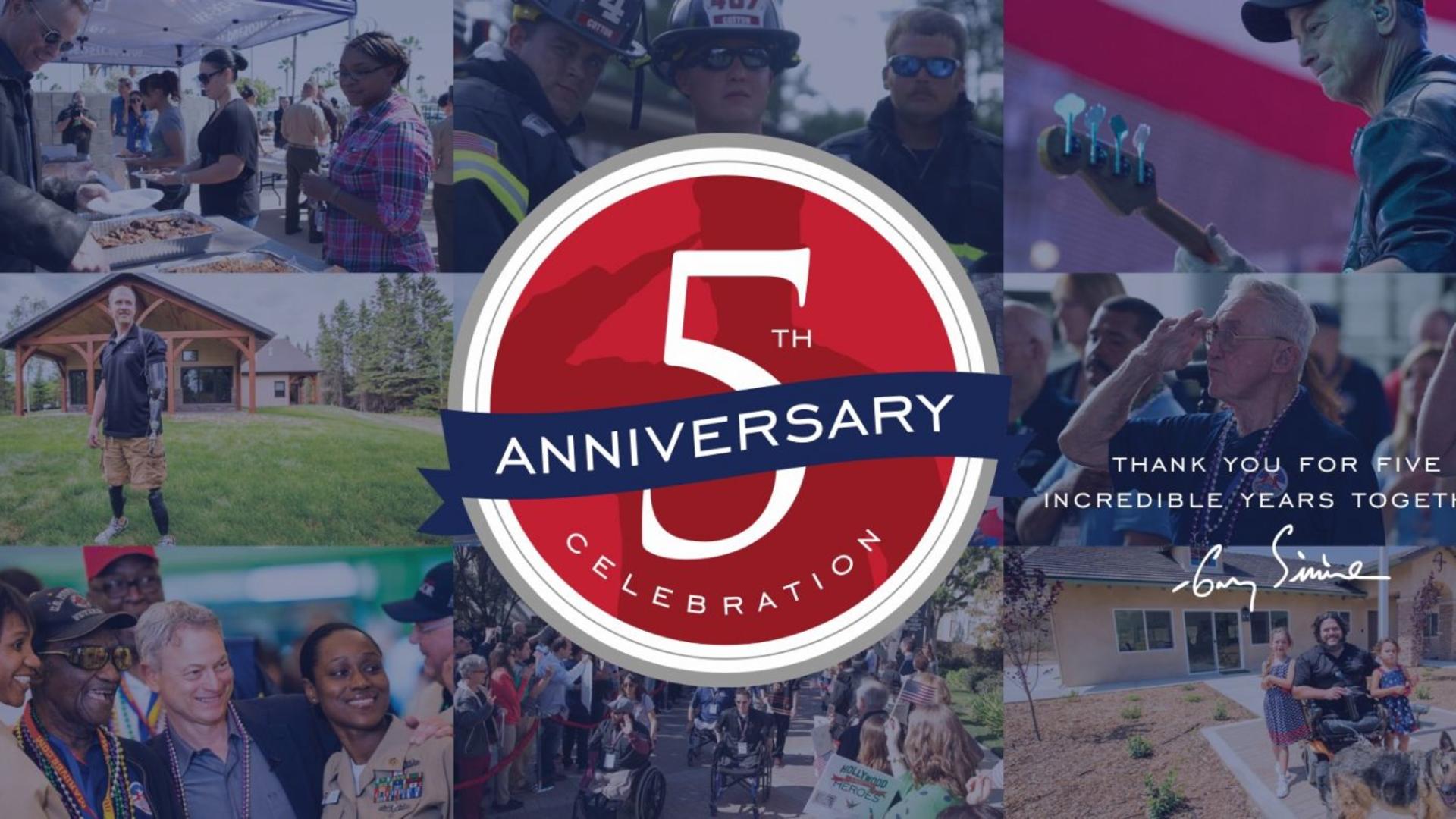 With the marking of this incredible milestone, I can't help but reflect on how it all came to pass.

When I was in high school, young men not much older than myself were leaving for the distant jungles of Vietnam. Those that returned were not welcomed home or celebrated. Worse still, many were disparaged for having served. After graduation, I met many of these heroes and their stories affected me deeply. I would realize later that this was the beginning of my journey to support our defenders.

While working at the Steppenwolf Theatre in the '80s, I directed a play written by Vietnam veterans. In that moment, we began offering free performances to all local veterans. Then, in the '90s, my role as Lt. Dan introduced me to so many of our wounded heroes. The power of giving back gave my journey a new significance.

Just as you did on 9/11, I watched a savage, vicious attack on our nation. Once more, our brave servicemen and women answered the call to defend our freedom. I, too, felt a call to action and began volunteering in every way possible to support them. I had found a new life mission: to honor and to serve above self.

As a supporter of the Gary Sinise Foundation, you are now a part of the journey. With our fifth anniversary upon us, it's important that you know how much I appreciate you.

With your help, we've launched nine outreach programs. Because of you, thousands of meals have been served to active duty and veterans across the country. Dozens of festivals and concerts have been hosted to keep their spirits high. Essential equipment and training have been provided to the first responders that keep our communities safe. Nearly fifty severely wounded heroes will have their own specially adapted smart home in which to begin a new chapter of their lives. And so much more.

Your generosity, kindness, and enthusiasm inspire me every day. From the bottom of my heart, thank you for your trust. I hope we can count on you once again. Let's make the next five years of our journey together even better.