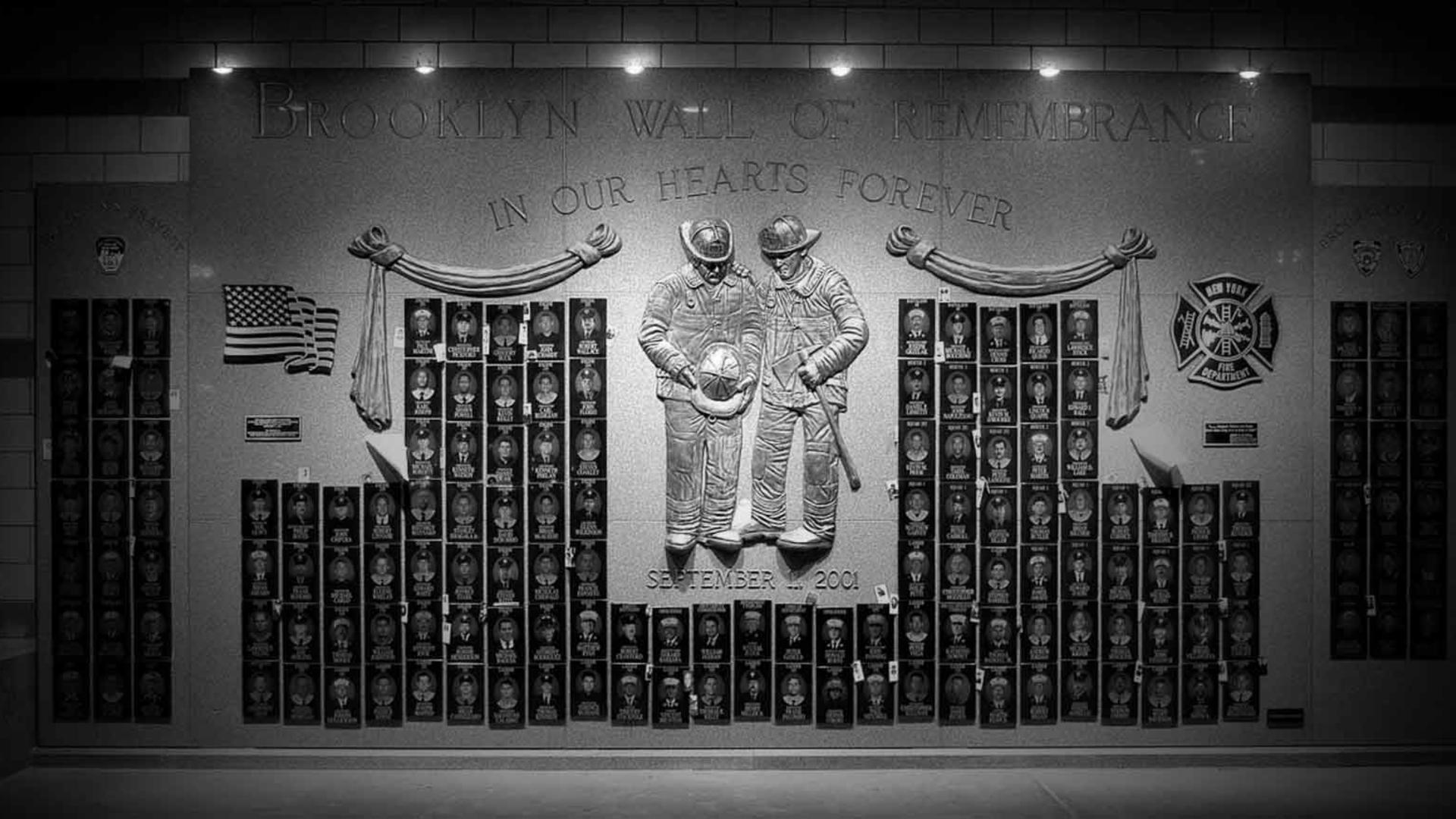 Today is September 11, 2015. It is hard to believe that 14 years ago this morning, America endured one of her darkest moments."

Today is September 11, 2015. It is hard to believe that 14 years ago this morning, America endured one of her darkest moments. On that terrible September day, our country was thrust into a war that still continues. Our troops remain in Afghanistan and we have redeployed to Iraq to support the fight against ISIS. This morning while saying a prayer for those lost on 9/11, I also think back to my first visit with the troops in Iraq in June, 2003. While there, I met a man who changed my life and became a very dear friend. He is a retired New York City firefighter and former United States Marine, John Vigiano.

John is a living legend in the FDNY. He is an incredible and inspirational man who has accomplished many things in his life, including winning the battle he waged with throat cancer twice. First in the 1980s, and again in the past few years. But his two greatest life accomplishments remain his sons, NYPD Detective Joseph Vigiano and FDNY firefighter with Ladder 132 in Brooklyn, John Vigiano II.

Fourteen years ago, among the thousands killed that day, his two sons lost their lives in the Twin Towers' collapse. Two sons who laid down their own lives trying to rescue others.

John talked to his sons on the phone each day while they were working. Around 3:30 p.m. on September 10th, he spoke with John Jr. They ended the call by saying "I love you" to each other. The next morning, Joe called his father, describing early details of the terrorist attacks. That call also ended with "I love you”. On the loss of his sons, John reflected, "We had John for 36 years and Joe for 34 years. I don't have any ‘could've’, ‘should've’, or ‘would've’s. I wouldn't have changed anything. There’s not many people who can say the last words they said to their son or daughter were, ‘I love you.’”

John has been a great inspiration to me. After losing both his boys and searching for their bodies among the rubble for days and days, John was amazed at what he saw around him. People came from all over the country to help search for other’s loved ones, for their fellow Americans. They brought food and water to the rescue workers, and gave wherever they could. They were at their very best to be there for those enduring their darkest moments. After John saw the outpouring of support from those at ground zero, he said, “I think more good came out of September 11th than evil.”

“I think more good came out of September 11th than evil.”

It was on that first tour of Iraq with the USO’s Project Salute that John and I met and became fast friends. As a former Marine and 9/11 father, he wanted to personally thank our troops for serving. During the tour, he and I sat on a C130 on our way to Baghdad from Kuwait, and struck up a conversation. He invited me to visit the firehouse where his son was stationed at the time of his death. 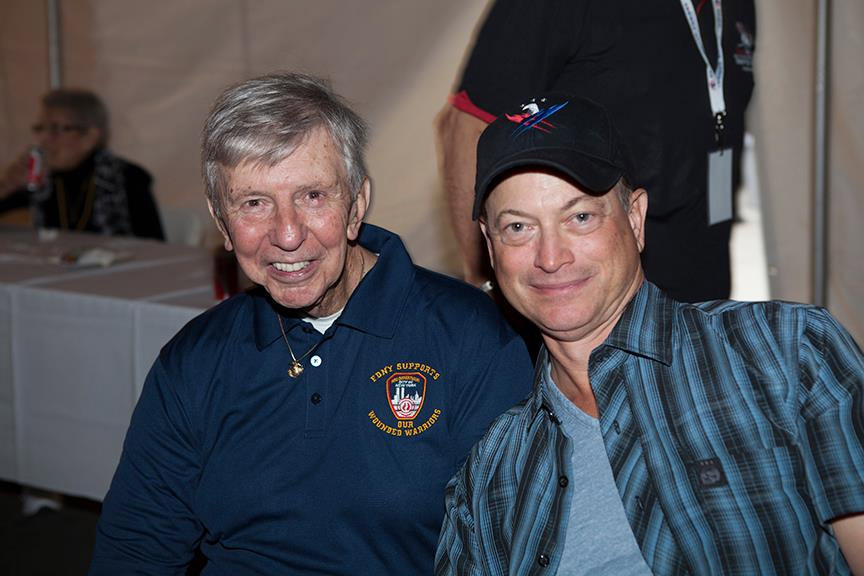 John Vigiano with Gary in 2013

This particular firehouse in Brooklyn lost 6 firefighters on 9/11. I learned much from John and the firefighters about the events of that day. We had some fun that night eating dinner. They even had me dress up to go for a ride on the fire truck. They got a kick out of that. And I had a lot of fun too.

Over the years, John introduced me to many of New York's Bravest at the FDNY who have inspired me with their selflessness and willingness to help others. It was the beginning of a relationship that would endure over time. In 2008, we dedicated a memorial in Brooklyn called, the Brooklyn Wall of Remembrance.

I had the privilege of raising money to build this memorial through a fundraising concert with the Lt. Dan Band at Brooklyn College in 2007. It's a beautiful memorial featuring granite photographs of each of the 416 first responders killed in the line of duty that day. 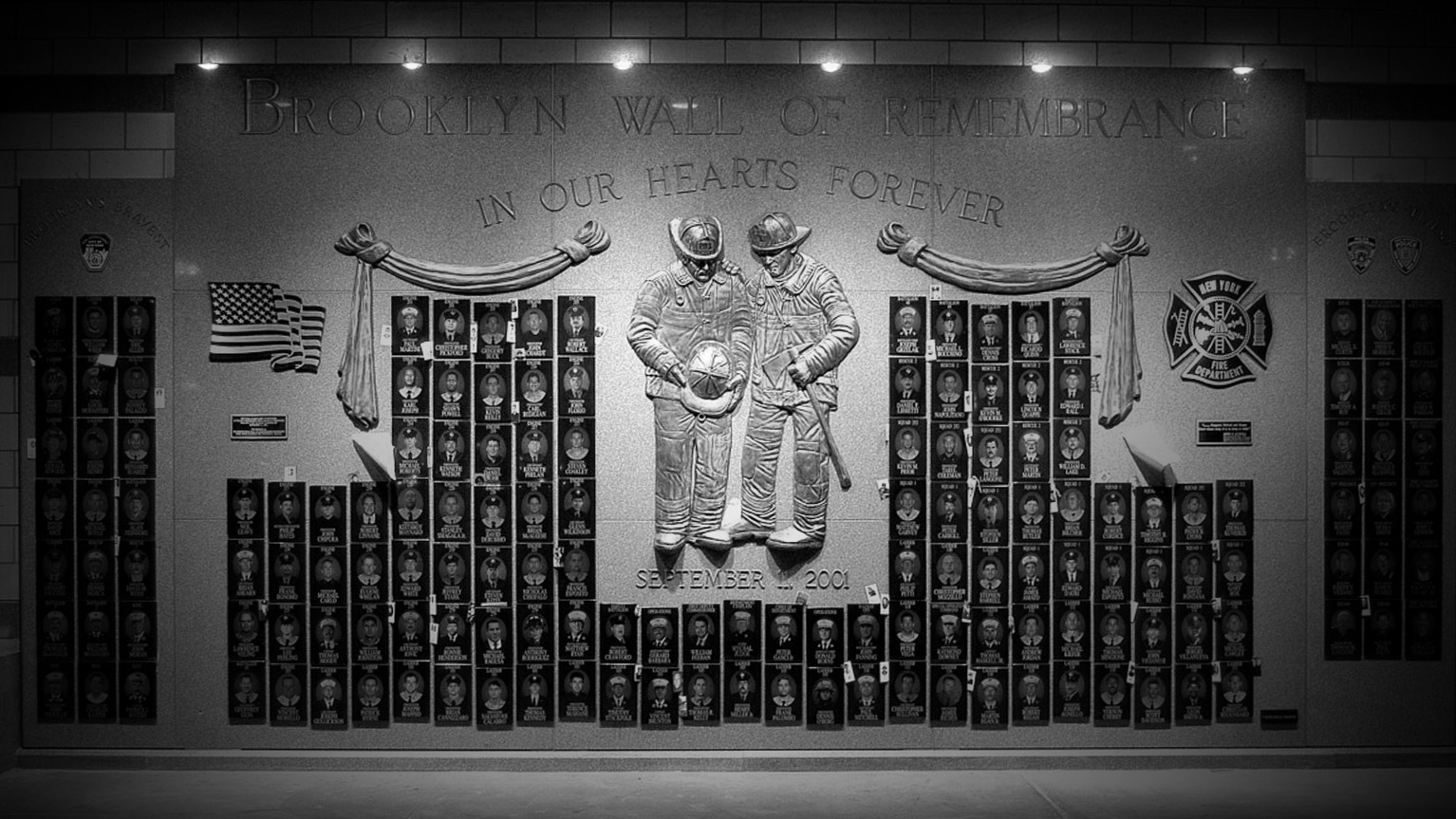 The Brooklyn Wall of Remembrance

On the 10th anniversary of September 11, we featured this memorial in an episode of CSI: NY. John, along with many of the firefighters and 9/11 family members that I have been fortunate enough to meet were featured in the final scene in front of the wall. John stood beside me during my closing speech.

So today, I am thinking about John, his wife Jan, and the many friends I've made at the FDNY. I’m saying prayers for all those we lost that morning in New York, Washington D.C. and Shanksville. I’m praying for their families and all those who have sacrificed within our military community during the past 14 years of war.

After 9/11, many citizens felt compelled to do more. I know that was the case for me. I do everything in my power to pitch in and serve those who are answering the call of service. Let us never forget those we lost on September 11, 2001, all those still serving in harm’s way, and all those brave patriots whose sacrifices have kept us free.