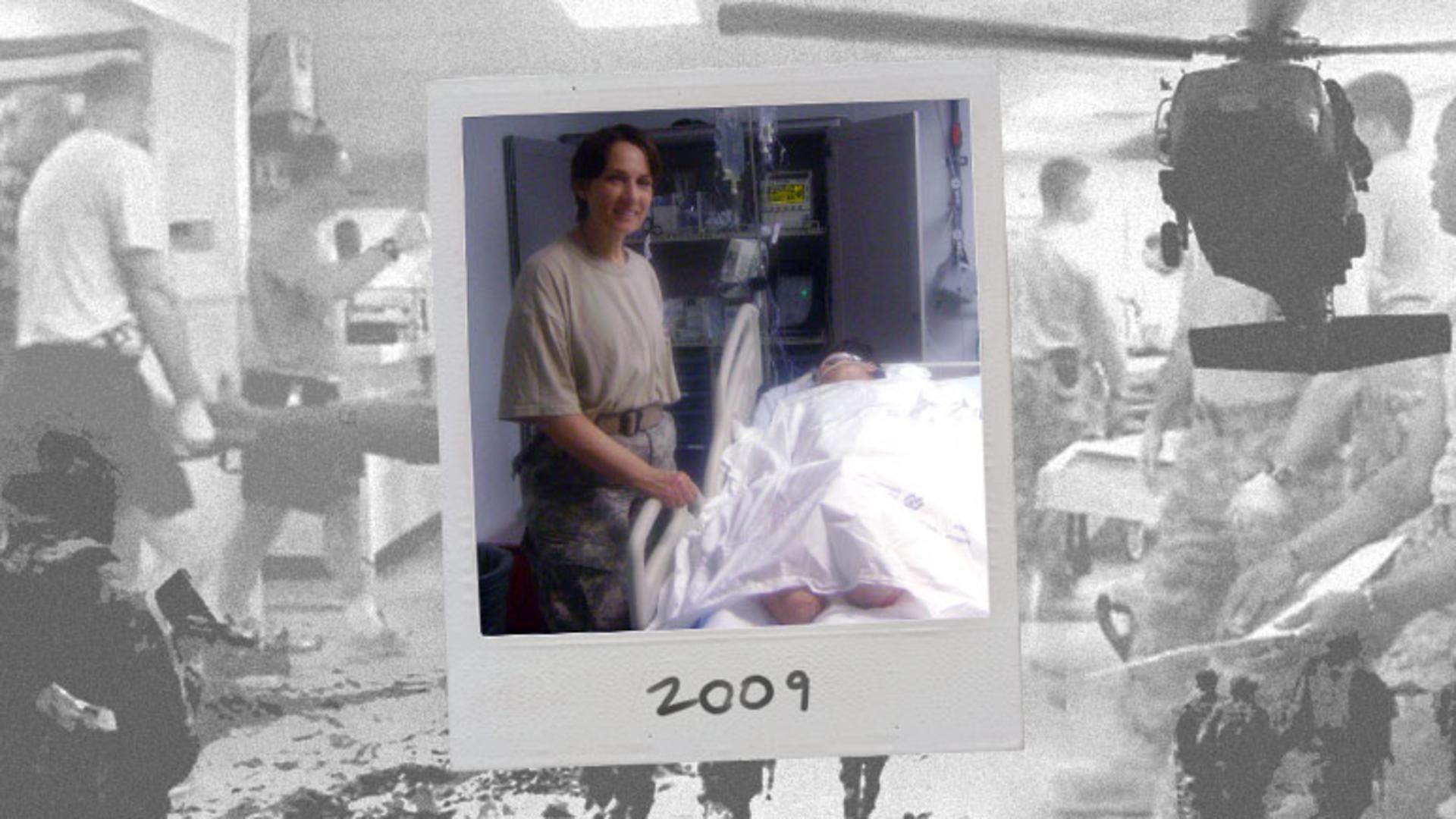 In 2008-2009, I was assigned to the 349th Combat Support Hospital serving at Forward Operating Base Salerno located in eastern Afghanistan, close to the Pakistan border. We cared for the casualties of the conflict, including U.S. soldiers, Afghan national soldiers and police, Afghan local civilians including women and children, as well as enemy combatants.

During this time, we saw many injuries from improvised explosive devices (IEDs). These weapons caused devastating injuries and left behind dirty wounds that must be left open in order to heal without encapsulating an infective process. One of the tools of modern medicine that has had phenomenal success is a device called a Wound Vac. This device allows the wound to remain open while removing exudate and promoting healing by negative pressure. Unfortunately, we did not have access to this equipment.

We had the sponge dressings in our downrange cache, but our makeshift solution was to use generic suction either from an uncontrolled source or from transport vacuums/suction canisters. These devices, however, were meant to be used only on transport flights for a short duration. Wound Vac is designed to be used continuously for weeks, sometimes months. We were burning out 1-2 transport vacs per night, not to mention the mini “fires” in our Combat Support Hospital caused by the overheating devices. It was so frustrating to me that we did not have the tools we needed.

I received an email that began, “Hi, I am Gary Sinise, a friend of your friend Tom…” as if I would not know this remarkable humanitarian and actor. He was offering to help my unit by providing care packages for our troops and/or school supplies through Operation International Children (OIC). I am sure Gary was thinking that I would ask for baby wipes, light bulbs and chocolate. In my frustrated desperation, I told him about the Wound Vac and why it was sorely needed.

After pushing ‘send’, I was mortified that I’d asked him for such an expensive item. I tried to retrieve the message but it was long gone, sent half way around the world to Los Angeles.

Gary didn’t miss a beat. He just asked how many we needed and who to contact. Sigh. What a guy! Within a month, he figured out a way to get three brand new KCI Wound Vacs to us via an OIC warehouse in Kansas City, each one costing five figures.

These Wound Vacs most assuredly saved hundreds of lives, maybe more. They continued to be used by the medical units that followed us after we left. We also received school supplies and many pairs of Crocs shoes from Operation International Children!

For the subsequent years, Gary kept in touch with me, an ordinary military member and nurse. He invited me periodically to share in his community outreach celebrations. I will always cherish the time I got to visit him on the set of CSI:NY at CBS Studios. We talked about my experiences and his passionate mission to support our nation’s military. I will never forget this amazing act of generosity, made even sweeter by the humility and grace that accompanied the gift.

BELOW: Watch the accompanying video Shamrock Black. Shot in 2009, you can see the amazing doctors and nurses of Forward Operating Base Salerno working in the base hospital. The Wound Vac machines played a part in their incredible work.

A Thank You Note from Gary

Thank you to Major Catherine Crespo and all the selfless military doctors and nurses around the world who sacrifice so much while serving our country. While I was not able to visit the hospital at FOB Salerno while in Afghanistan, I am honored to have played some small part in helping them during this time. Thank you to my friend Dr. Larry Lieber for connecting me with KCI, and to everyone at KCI for their generous donation of the wound vac machines.