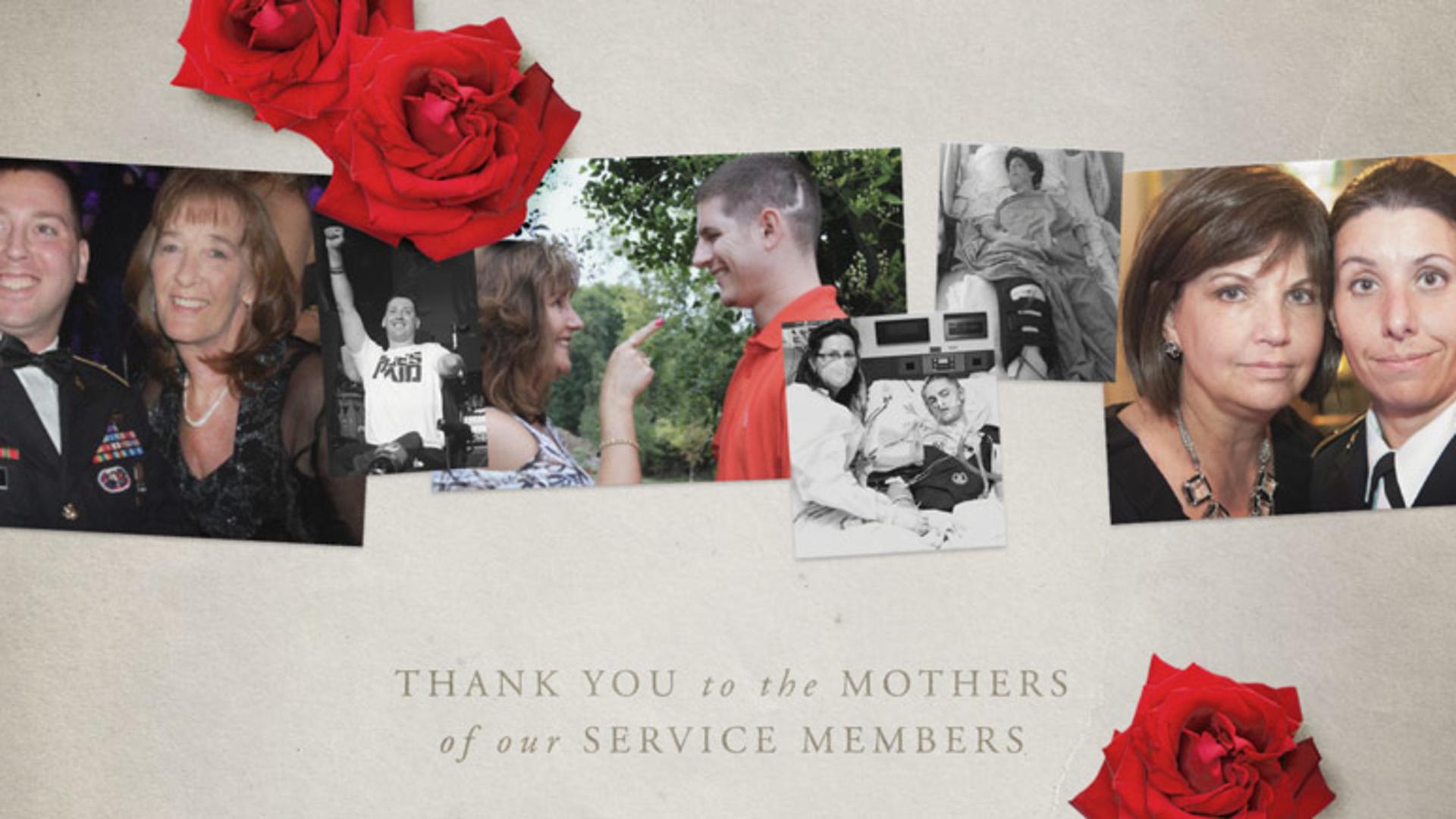 This May, children all across the country will be doing something special for their mothers. For the more than 1700 young wounded warriors who also happen to be amputees, or the thousands more who suffer from post-traumatic stress disorder or traumatic brain injuries, honoring their moms in such a traditional way often can be problematic."

This May children all across the country will be doing something special for their mothers. Some will write them heartfelt poems, draw pictures, purchase gold and silver heart- shaped necklaces, and others demonstrate their love by taking their moms to a fancy restaurant for brunch. But, for the more than 1,700 young wounded warriors who also happen to be amputees, or the thousands more who suffer from post-traumatic stress disorder or traumatic brain injuries, honoring their moms in such a traditional way often can be problematic. For these reluctant heroes, and their moms who have bravely fought for them on the battlefield back home, simply finding a parking space that can fit a ramp for a wheelchair, being able to shut a bathroom door for privacy, or just sleeping in a warm, comfortable bed is cause for celebration.

“From the moment these mighty moms received the call that their son or daughter was injured they literally dropped everything to be by their children’s side.”

LEFT: Paulette Mason and her daughter Stefanie.
RIGHT: Stefanie after she arrived from Afghanistan to Walter Reed.

I’ve been fortunate over the past four years to get to know many mothers of some of our nation’s most catastrophically wounded warriors who are recovering at Walter Reed National Military Medical Center in Bethesda, Maryland. I was so moved by this experience that I decided to tell their inspiring stories, and wrote a book about them called, Unbreakable Bonds: The Mighty Moms and Wounded Warriors of Walter Reed, along with my co-author, Kevin Ferris.

From the moment these mighty moms received the call that their son or daughter was injured they literally dropped everything to be by their children’s side. Some arrived at Walter Reed from as far away as Alaska and California, and often times, without enough clothing or supplies to get them through an ordeal that could last for up three or even four years. If asked, they would often say that any mother would do the same thing for their child, but the sad truth is that their children are different. Being blown up by an improvised explosive device, shot in the head by enemy or friendly fire, or being in a devastating vehicle accident--all while serving in the military and protecting the U.S.—that is a brutal burden to bear. Imagine seeing your once physically fit child arrive in the ICU completely unrecognizable, tubes everywhere, and bandages where legs or arms once were.

“...these mothers defy the norm of nurture.”

LEFT: Tammy Karcher and her son, Jeffrey Shonk, share a light moment outside of the hospital.
RIGHT: Tammy comforts Jeffrey soon after his arrival at Walter Reed.

Their pain is so severe that some Soldiers and Marines are placed in medically-induced comas, and others so heavily medicated that they either hallucinate, or have difficulty speaking or communicating. There are tears of sadness for the loss of limbs, and tears of joy for the preservation of life. Through the days and nights sleeping on hard cots in hospital rooms, cleaning and dressing wounds, and dispensing medication--to wheeling their warriors to rehabilitation sessions and endless doctor’s appointments—these mothers defy the norm of nurture.

The one bright spot for the moms, and also for the wives, sisters, brothers, husbands and friends who found themselves as unwitting caregivers, was their relationships and enduring bonds that they formed with each other. Living in small apartments on the Walter Reed campus, there wasn’t a day that went by where a mom would not have the support of another mom, where advice wasn’t dispensed as easily as their children’s medication, or where a laugh or two wouldn’t wipe away the tears. The one thing to know about Blue Star, Silver Star and Gold Star mothers, is that they know how to fight, too. Count on them for being the first ones to speak up about almost everything. Julie Keys, from Whitehall, Pa., got the call on July 14, 2010 that her son, Adam, was critically injured after the RG31 armored vehicle he was riding was blown up, and Adam was the only survivor. He had critical injuries but still had his arms and legs, until a ferocious infection forced doctors to amputate both of his legs and part of his arm. After Julie spent over four years caring for Adam, she got to the point where someone’s military rank didn’t matter. She once told an Army officer, “We don’t care how many medals you have on your chest. We just want the best for our kids.”

“Most of all, these mighty moms want people to recognize that these wars and conflicts are far from over...”

What they clearly do not want is pity from the American people. Empathy yes, pity no. They would want people to continue to be generous with their time and resources, like Gary Sinise, who has dedicated his life to helping our nation’s heroes through the Gary Sinise Foundation. To help a wounded warrior load his or her groceries into the car, make room for their ramp when they are squeezing into a parking space, or shovel the snow away from their driveways and walkways. Most of all, these mighty moms want people to recognize that these wars and conflicts are far from over, and in the future, there will be many more warriors returning home with similar injuries. They will need every American’s patience, understanding, and empathy. Their moms will need it to.

That’s why on this Mother’s Day, in addition to bestowing love on the mother who gave you life, give the gift of empathy to the hidden heroes in your community—the mothers who have sacrificed their lives to care for America’s next greatest generation.

Dava Guerin is the co-author along with Kevin Ferris of Unbreakable Bonds: The Mighty Moms and Wounded Warriors of Walter Reed, published by Skyhorse Publishing.