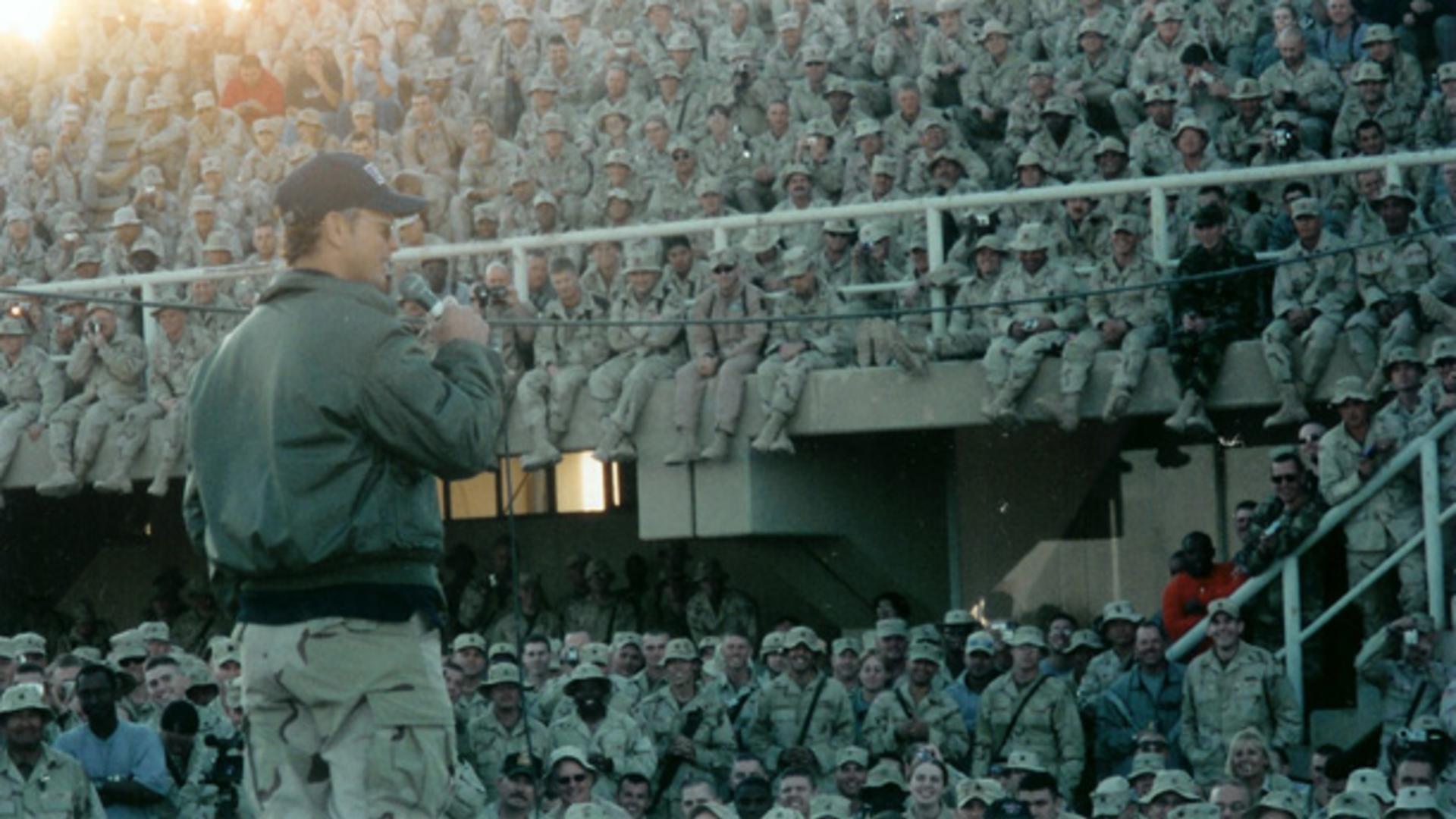 Ten years ago, I was on my second trip to Iraq. It was a USO tour, and together with Wayne Newton, Chris Isaak, Neal McCoy, Ollie North and a few Dallas Cowboys Cheerleaders, we entertained about 5,000 troops in the stadium at Camp Anaconda in Balad, Iraq.

From my many years of traveling with our military, this is one of my most cherished photos. 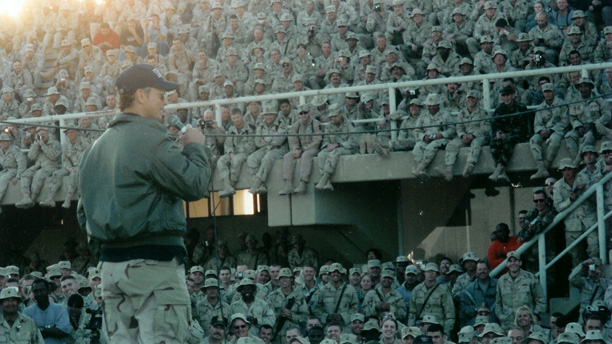 Here’s some photos from the stage: 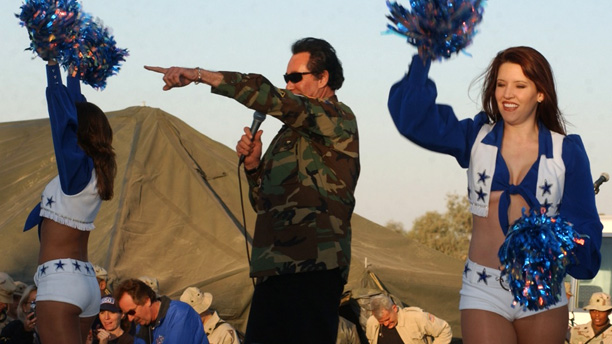 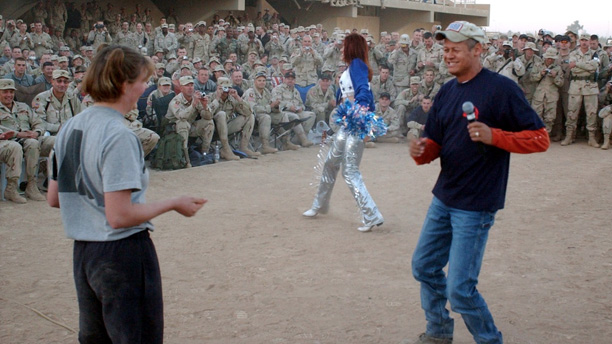 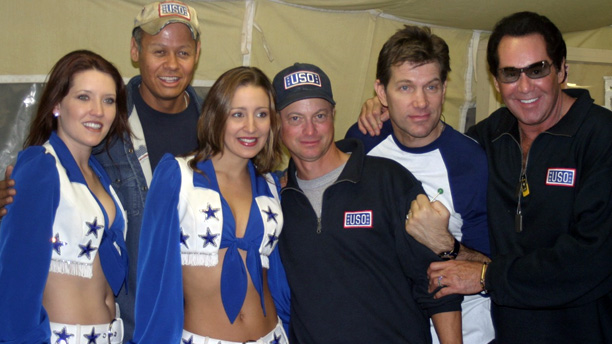 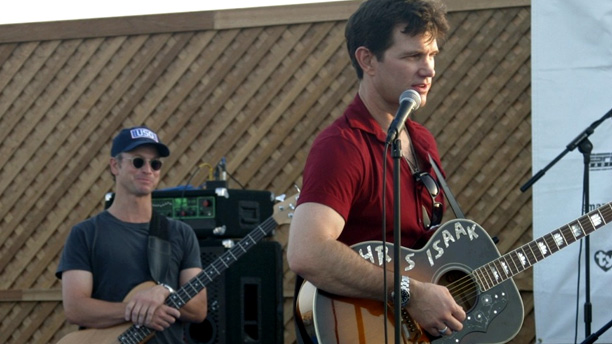 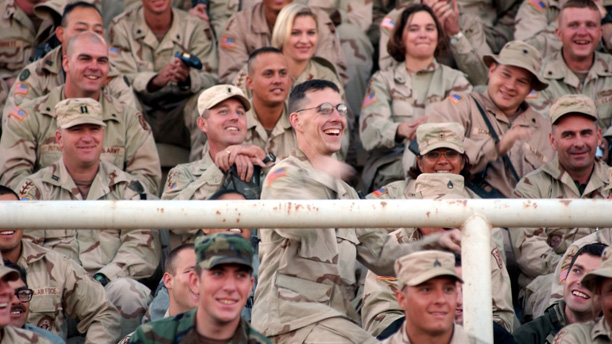 Our troops had been through a lot and worked hard during the initial 9 months. Nice to see them having a good time at this show. 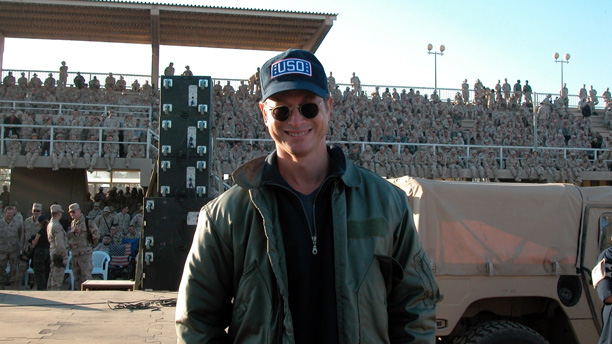 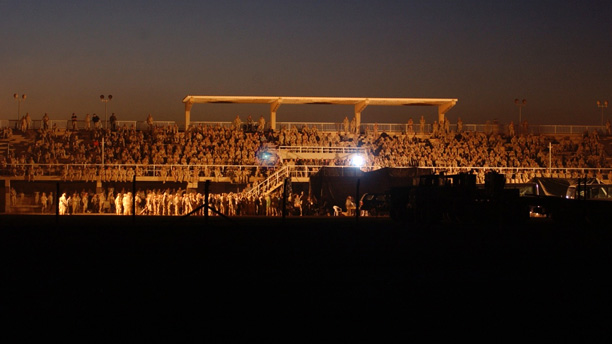 During this trip, we also visited an Iraqi school. Our troops had just refurbished the building, but even still the children’s supplies were scarce. Kids were sharing desks and pencils worn to nubs. It gave me the idea to start shipping school supplies for our troops to distribute to the children of Iraq - the idea took off and eventually became Operation Iraqi Children, a program I co-founded with Laura Hillenbrand in 2004.

Here’s a few photos from the school visit: 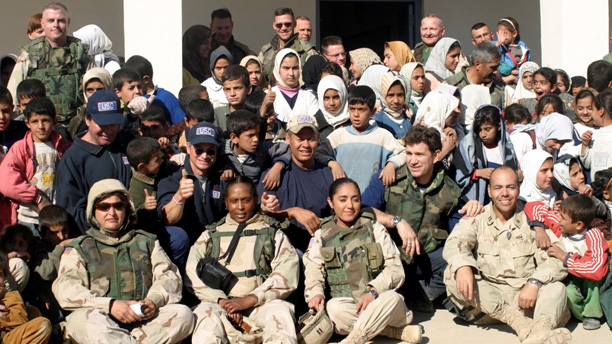 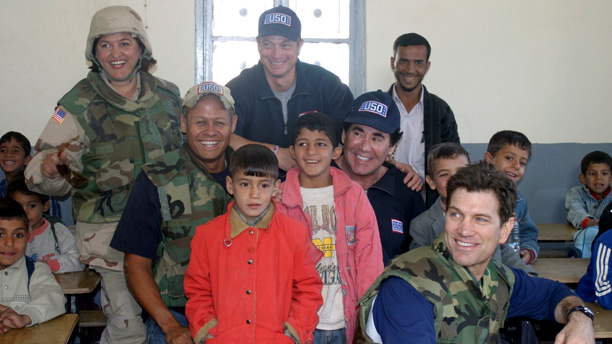 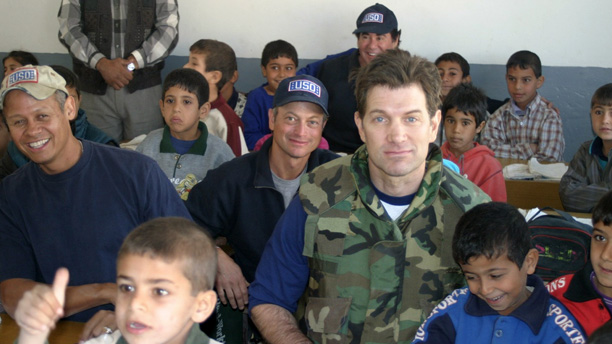 Boys and girls were in separate classrooms. Here we are with the boys. 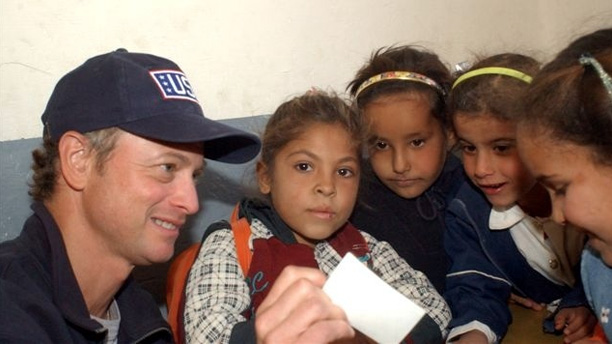 In this photo, I’m showing a few Iraqi girls some pictures of my own children. 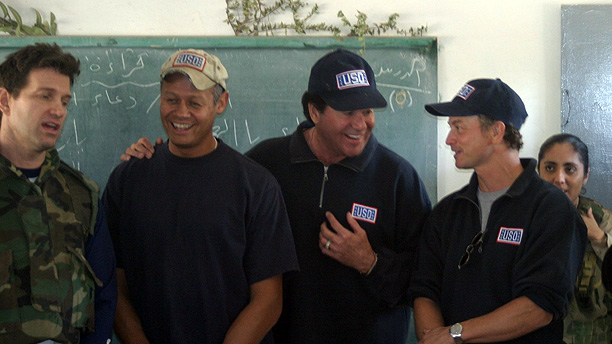 This shot is a little blurry but all of a sudden we broke into song, singing You Are My Sunshine for the kids. 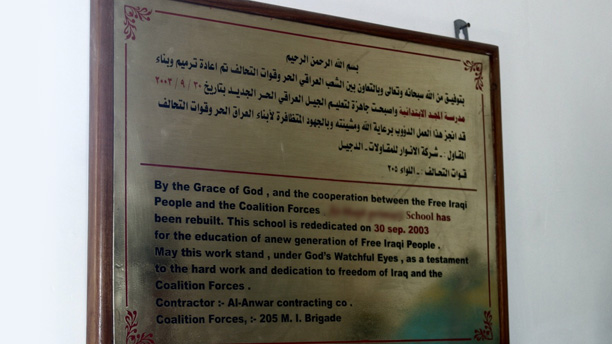 The headmaster of the school took me into his tiny back office and showed me a plaque he’d had made, thanking the coalition forces for their help.

It reads: “This school is rededicated on 30. Sept 2003 for the education of a new generation of Free Iraqi People. May this work stand, under God’s watchful eyes, as a testament to the hard work and dedication to freedom of Iraq and the coalition forces.” 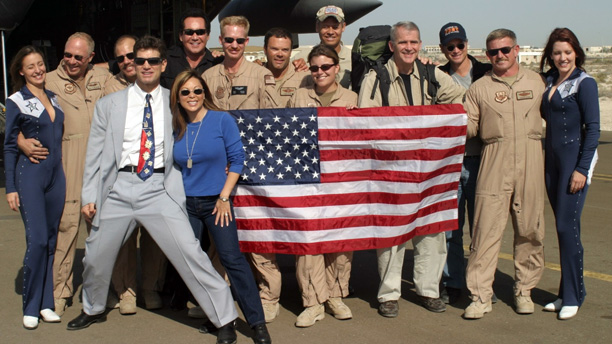 It was another amazing trip to visit our troops in Iraq. Hard to believe this one was ten years ago.

Many trips all over the world since then, but visiting the school and beginning the OIC program afterwards will always be special.

Hope all my pals from that trip are doing well and especially those serving our country who we visited in November, 2003.