Greetings from Tampa, Florida! Today with our friends at the Tunnel to Towers Foundation, we are officially introducing the twelve severely wounded heroes that will receive Smart Homes this year as part of our Building for America’s Bravest partnership program. We're also proud to announce the official 2013 Gary Sinise & the Lt. Dan Band Building for America's Bravest benefit concert tour schedule, which will raise funding, awareness, and support within each wounded hero’s community.

Just in front of Heroes Plaza, Tampa Mayor Bob Buckhorn, members of the community and the Florida Patriot Guard are proudly presenting a flag and salute line for ten of our twelve heroes as they walk down the boardwalk and make their way to the press conference. It's a wonderful, moving tribute to these soldiers who have fought so bravely to protect our safety and freedom.

Through the Building for America’s Bravest program, each Smart Home recipient chooses a hometown where they would like to reside. The Lt. Dan Band then travels to perform a benefit concert that inspires the surrounding community to support and contribute to the construction of the home building project.

Be sure to check out our photos from the press conference below, along with a video from last year’s Building for America’s Bravest benefit concert tour! And keep an eye out for the official Gary Sinise & the Lt. Dan Band Building For America's Bravest 2013 Concert Tour t-shirt which will soon be available for purchase. 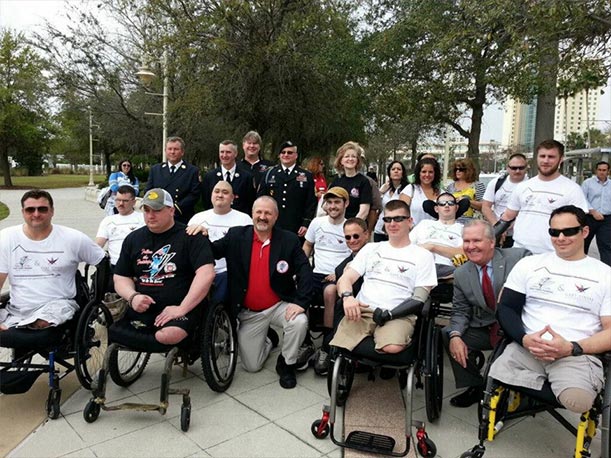 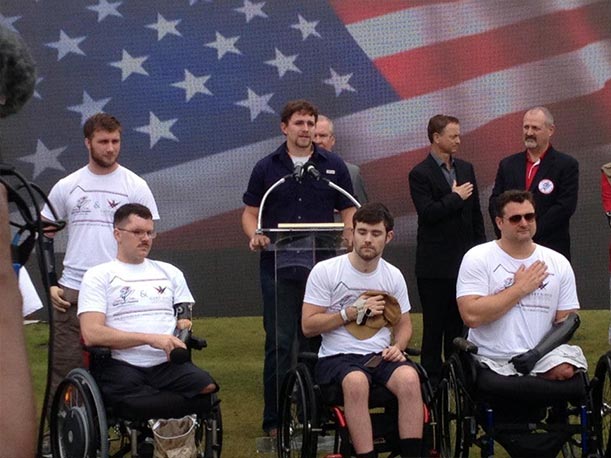 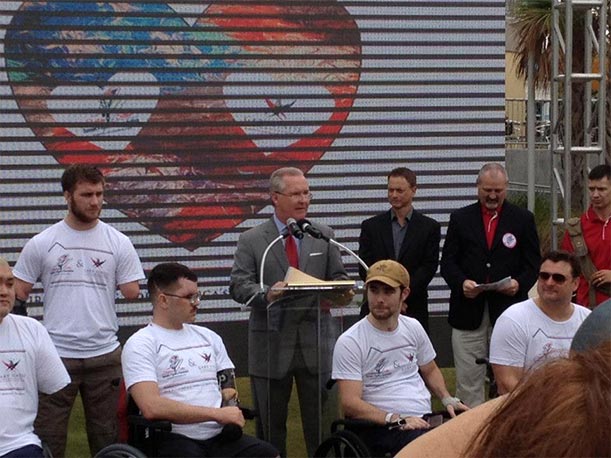