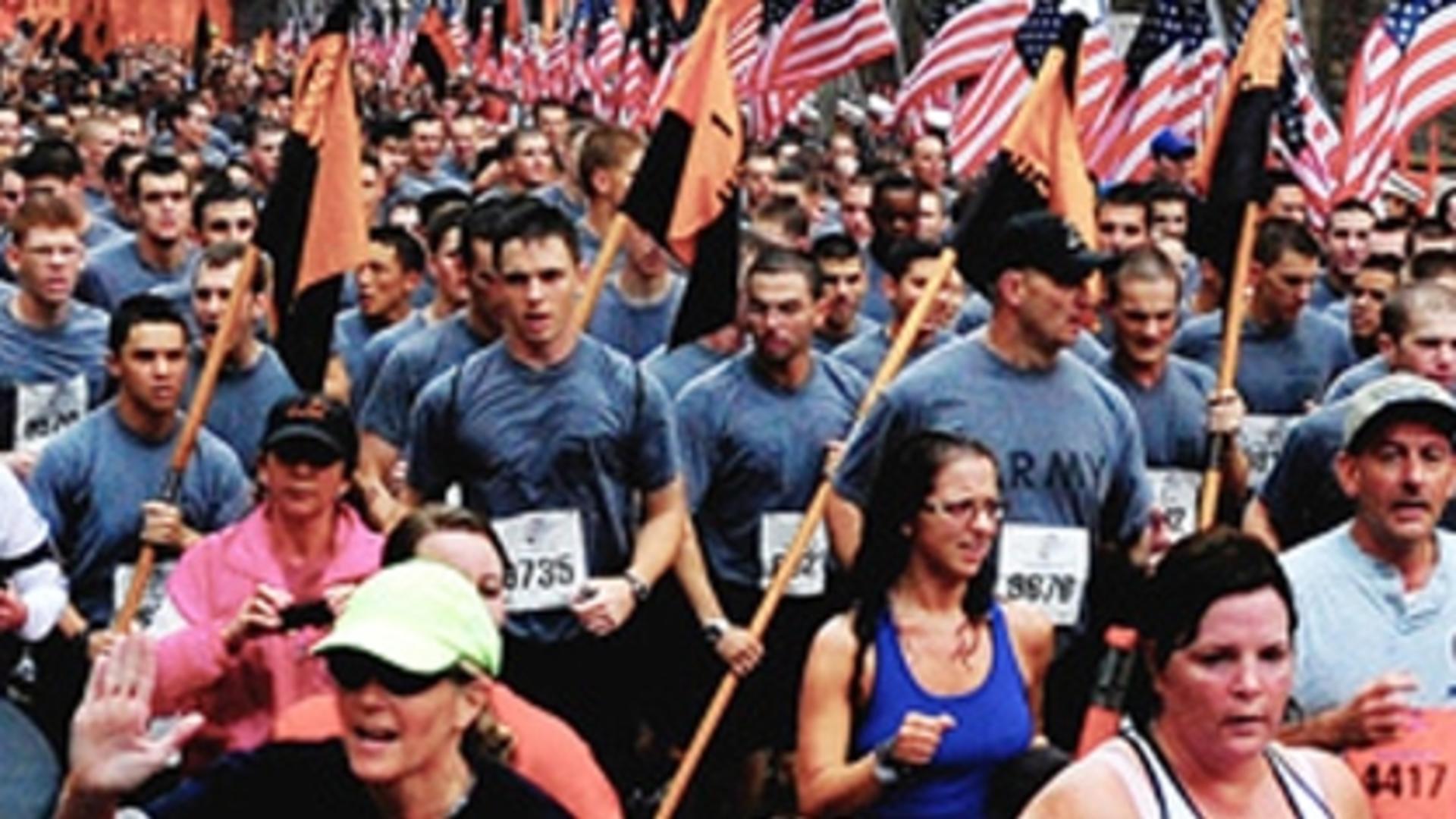 In the Season 8 premiere of CSI:NY my character, Det. Mac Taylor, recalls the death of his wife in the September 11th attacks on the World Trade Center. Part of being an actor is trying to identify and empathize with the story of the character you play. While Mac's story is fiction, reflecting on the pain of his grief only makes my heart ache more when I think of the 2,781 victims' families for whom 9/11 was a day of very real loss.

One of those is the Siller family. When the first plane crashed into the North Tower, Stephen Siller had just finished an overnight shift at his firehouse. Rather than head home, he rushed toward the scene. When he found the Brooklyn Battery Tunnel closed, he threw his gear across his back and charged through the tunnel on foot to help. Tragically, Stephen became one of the victims of the towers' collapse.

But faced with their unimaginable grief, Stephen's family managed to do something incredible. They established the Stephen Siller Tunnel to Towers Run, a charity 5k run and benefit to honor his memory and inspire others. The organization has grown every year since, now hosting runs in over thirty cities across the country. By sharing Stephen's amazing story, they have both preserved his memory and inspired thousands of people to serve others just as Stephen did in his life.

It will be my honor to again join them this weekend in New York. The band and I will perform at the post-run ceremony to help raise funds for Cpl. Todd Nicely and Cpl. John Peck's new smarthomes. If you're in the area, I hope you'll join us. If not, check out their site for a 9/11 run near you.

As always, thank you all so much for your support. God bless you all.

P.S. Thanks to all who participated in last week's trivia question! There were hundreds of correct responses but in case you were wondering, the bumper sticker on Lt. Dan's wheelchair reads 'AMERICA OUR KIND OF PLACE'. We'll post another question soon, so check back often.