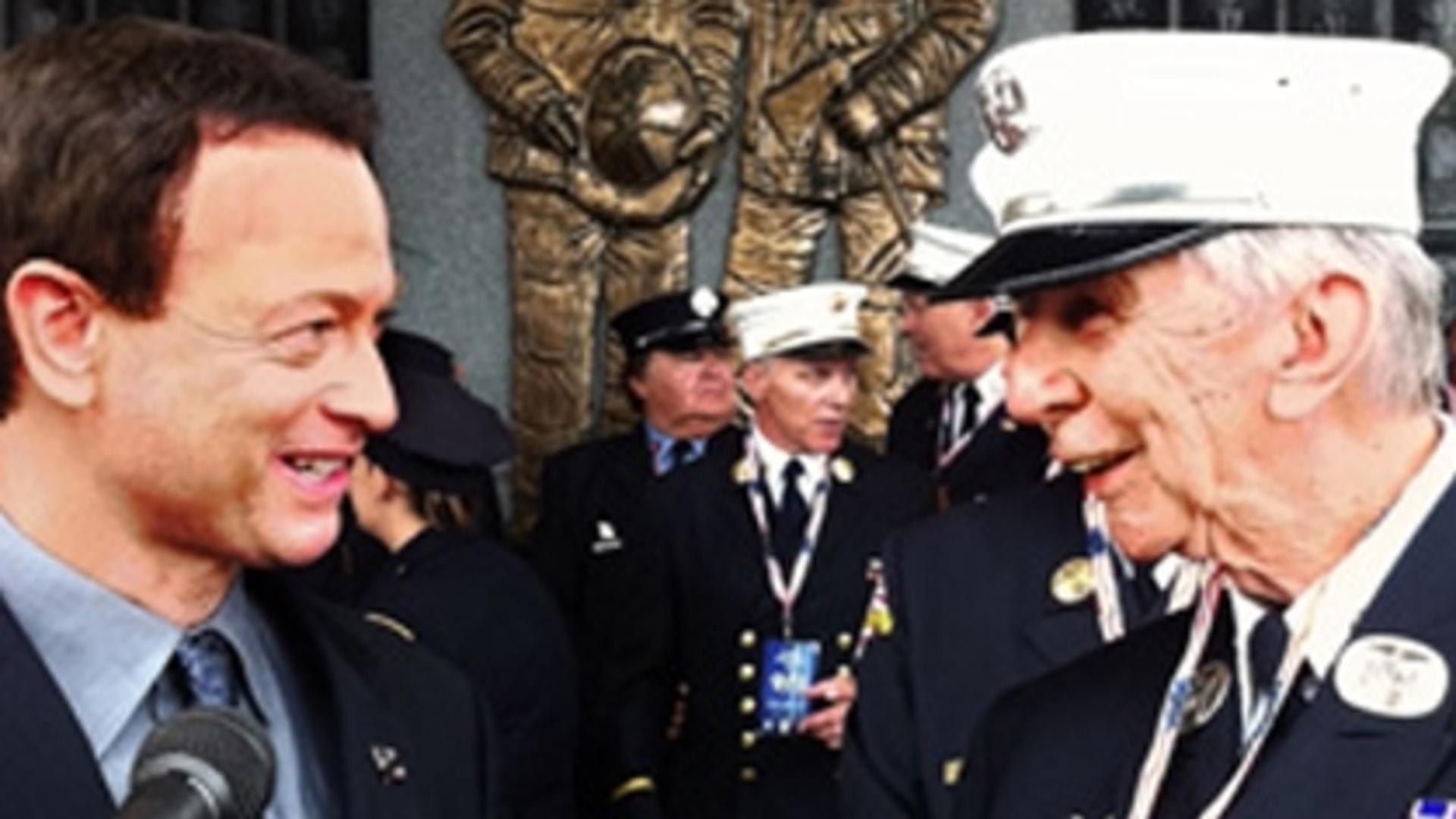 Like so many others, this is how I began my day on September 11, 2001. My eight year-old standing there, pointing to the television, before my wife ran into the bedroom. "Two planes hit the World Trade Center! They think it's terrorists."

All morning I was glued to that television set. Another plane had struck the Pentagon. And another had crashed into a field in Pennsylvania. My heart sank as I watched the South Tower buckle and collapse. And again when the North Tower fell.

I had to get out of the house. Everywhere I went the attacks were being replayed over and over. People were in shock, still trying to go about their business, but it was impossible. I called anyone and everyone I knew in New York to make sure they were alright. It took hours as the phone lines were jammed. Thankfully, everyone was safe. But they were all deeply affected and watching, some from across the river, as the smoke and dust blackened that beautiful blue sky.

Driving in my car, the radio kept the bad news coming. Building 7 had come down. Early reports estimated 10,000 people may have been killed. Mayor Rudy Giuliani kept us informed. He was a reassuring presence throughout a day we were all seeking strength. And from the oval office that night, President Bush assured us justice would be served. That we, as a nation, would pull through. We all felt so vulnerable. 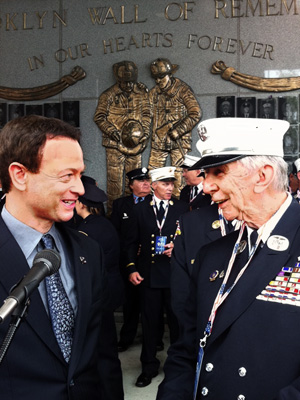 Gary Sinise and John Vigiano at the Brooklyn Wall of Remembrance during filming for the September 23 Season Premiere of CSI NY.

In the days that followed, we watched as first-responders poured in from all over the country to lend their fellow firefighters and police officers a hand. Thousands lined up around the nation to give blood, though unfortunately, very little was needed. At the Trade center there were hardly any survivors. But people just needed to know that there was something they could do to help, to pitch in, to serve.

With Friday, September 14th set aside as the National Day of Prayer for our nation, I took my family to our Catholic church. Like places of worship across the country, it was filled to capacity. Every seat was taken so my family stood along the wall. I will never forget what Father Bill first said. "This...has been a tough week." I do not recall every word after that. All I remember is the feeling he gave me. We would make it through. Our nation faced difficult times before and we would find it within us to survive this as well. The last thing we did at that service was sing 'God Bless America'. With tears rolling down my face, I was choking on the words. But I wanted to remain strong for my kids who were still very young at the time. So, I wiped those tears and kept on. We all did.

That night, there were candlelight vigils everywhere. My wife and I took our children to a street corner where our neighbors had gathered. I carried an American flag with me. I had always felt I was a proud American, but I had never felt such love for my country as I did in that moment. At one point, everyone turned to my flag and began to recite the Pledge of Allegiance. I raised it higher and bowed my head. I only knew a few of these people, but we were all united that night. Singing American songs, holding hands and reassuring one another that we would help each other through this dark time.

I can most certainly say that what happened to our country on September 11, 2001 changed me forever. It forced me to rethink everything. What do I really believe? How do I want to raise my kids? What kind of example do I want to set for them? What can I do to give back to this great country I love? How can I use my good fortune to help?

It was a turning point and marked the beginning of my quest of service. From my first handshake tour for the USO, to forming the Lt. Dan Band to, most recently, establishing the Gary Sinise Foundation, I found that the more I gave, the more I healed. The efforts to support the building of two 9/11 memorials, The Pentagon Memorial and The Brooklyn Wall of Remembrance, were a special privilege. Throughout my journey, I've met so many extraordinary people that inspire me to continue to do more. Our military men and women, our public service officers in our police and fire departments, and countless others just like me who have dedicated their lives to serving those who serve. These people have refused to let the attacks of September 11, 2001 paralyze them. Instead, they have taken it as a charge to do good. Like them, I will never, ever forget the morning when 19 determined suicidal Jihadists attacked my country and took the lives of so many of my fellow Americans.

A few years later, on my first USO tour to Iraq, I would meet former FDNY veteran John Vigiano. He lost his two sons at the towers on 9/11, one a firefighter and one a police officer. He once described to me how every day that he searched through the rubble for his boys, hundreds, if not thousands of people surrounded the site. They were there to offer whatever help they could to those tasked with a search and rescue operation that sadly became only a clean-up effort. John told me that as much as we felt the evil of that day, more good came of it than bad. It was hard to believe that someone who suffered such an incredible loss, who was so personally affected by that day, could feel this. But the selflessness and the sacrifices I have witnessed first-hand over the past ten years have lead me to agree with Mr. Vigiano. From that unspeakable evil, truly, much good did come as many Americans have taken up the charge to pitch in and to make sure that we never forget.