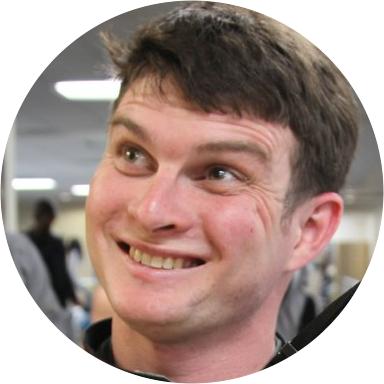 Tim Brown was an active child, growing up in San Antonio, Texas. He liked to ride bikes and participating in Boy Scouts of America, often camping, hiking, and anything that had him outdoors. Growing up, joining the military was always Tim’s single career ambition, specifically becoming a pilot. However, his vision made him rethink his future, so, with the help of his older brother, Tim grew a deep respect for the Marines. During his college years, Tim made the faithful leap and enlisted in the United States Marine Corps.

Following basic training and school, Tim was assigned as a field radio operator with 1st Marine Regiment. Not soon after, Tim deployed to Iraq during the second battle of Fallujah. He was vital in maintaining radio networks to enable combat operations. Shortly after his return stateside, Tim volunteered to deploy once more as a radio operator, this time to Jalalabad, Afghanistan.

After Tim’s return from Afghanistan, his best friend talked him into volunteering for Explosive Ordinance Disposal (EOD). He graduated in 2008 and spent two years in Iwakuni, Japan, deploying twice to the Philippines for training operations. Wanting to do more, Tim requested orders to 1st EOD Company and, two months later, deployed back to Afghanistan, this time to the heavy combat city of Sangin. Nearly every EOD Team Leader in Sangin returned home early due to injuries. In the four months Tim’s team operated in Sangin, they worked over 100 improvised explosive disposal (IED) responses and rendered over 200 IED’s safe.

While Tim has no recollection of his injury day, on February 3rd, 2011, Tim and his team responded to their third IED call of the day to an area frequently used by Marines to access the city. The IED in question was designed to be found, while another IED remained hidden close by. Tim stepped on the primary IED, and as a result of the blast, he lost his right arm above the elbow, sustained injuries to his left hand and other significant wounds, and lost both of his legs above the knee.

The road to recovery was tough, but thanks to Tim’s family, particularly his mother, Barbara, Tim was pushed to regain his independence. Through his struggles to find his new norm, many played strong roles in helping Tim thrive, eventually leading to him finding his new favorite activity, handcycling.

Tim currently lives in an apartment with his girlfriend and very much looks forward to the mobility a Gary Sinise Foundation specially adapted, smart-technology home will provide him. Having a home built for Tim’s needs will allow him to fully pursue his future goals of working at an Adaptive Sports Center. A way of paying it forward.

The Gary Sinise Foundation looks forward to building Tim a home to ease his daily struggles and mobility needs.