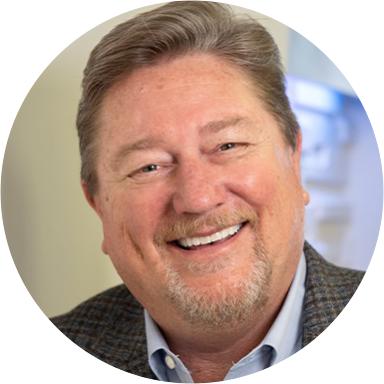 Prior to joining the Gary Sinise Foundation as Senior Philanthropic Advisor in January 2022, David Kahle served as Senior Vice President for Agency Advancement with Upbring. Upbring is the largest provider of residential care for abused, neglected, and troubled children in Texas. For the first 23 years, David led the organization's fundraising efforts and developed the organization’s first public relations department.

During his prominent career, he has been responsible for developing and leading a fundraising department that increased annual support from $125,000 to over $4 million, to include nurturing several seven-figure gifts, including one $9 million gift. He also served on the board of a national not-for-profit that successfully turned around its failing operational system.

A personal supporter of the mission at GSF, David is deeply moved by the impact of the mission, and that of Gary. When asked to join the team, David’s response was an immediate “Yes!”

David Kahle received a Bachelor of Arts in Marketing at Hardin Simmons University, Abilene, TX. He is happily married to Kim, a "Top 12% Nationally" realtor with Coldwell Banker. They enjoy their home in Austin, TX, and their five children (3 boys, two girls), ages 26-36, and 3 grandchildren.