Gary Sinise was born in Blue Island, Illinois, on March 17, 1955, to his parents Robert and Mylles Sinise. Growing up on the Southside of Chicago, Gary was one of three, with his younger sister Lori Allyn and younger brother Craig Randall. Raised in a family alongside many military men, Gary's respect for U.S. service members grew from a strong foundation.

While family was a vital interest for Gary, another interest caught his attention, the Beach Boys. Gary loved their music so much so that he felt inspired to form a band with some of the neighborhood kids called the "Beach Dwellers." His musical pursuits led him to take guitar lessons, and eventually, the bass since guitar had become too "mainstream." With his dream set on becoming a rock star, Gary also decided to play the part and joined the Rock and Roll scene.

With the explosion of drug culture and experimentation, Gary's teen years had followed just that. At ages thirteen, fourteen, Gary, like many others, started sniffing spot remover, drinking beer, and smoking pot, calling himself "a thief, a liar, and a near-failing student." However, it all changed when his high school's theatre teacher Mrs. Barbara Patterson encouraged him and his scruffy bandmates to audition in the school play, West Side Story.

Gary auditioned to be a Shark and landed his first role as Pepe. With practice every day for five weeks, the theatre became Gary's second chance at life. It was where a new life purpose began.

In 1974, after acting and directing various high school plays and finally graduating, Gary continued along this path, avoiding college altogether. Searching for a new space to host productions, Gary's parents directed him to Unitarian Church in Deerfield. And that's where it all began, Steppenwolf Theatre Company, now known as the Steppenwolf Theatre Company of Chicago. 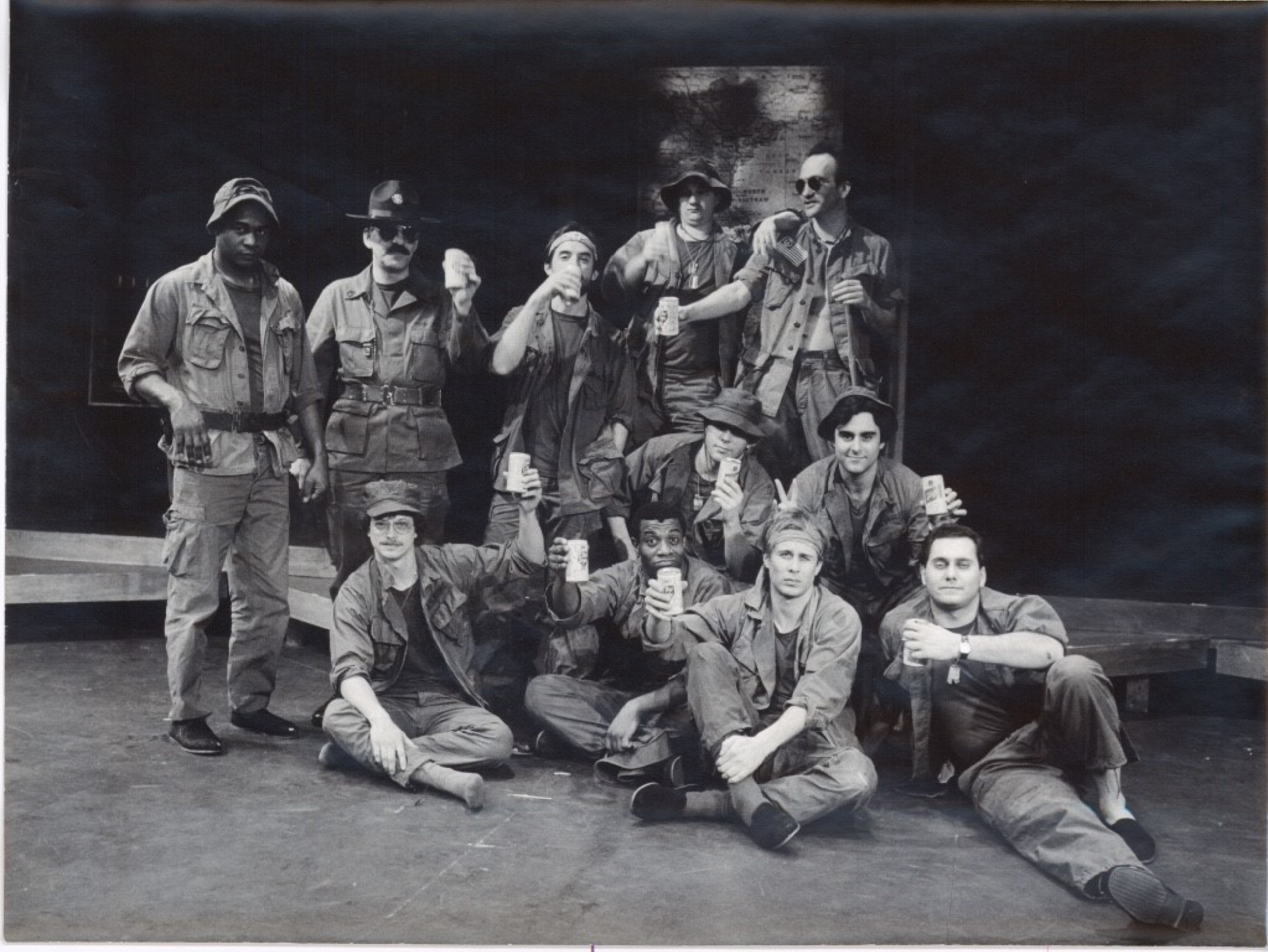 Steppenwolf has helped build the careers of many prominent actors, including John Malkovich, Joan Allen, John Mahoney, Laurie Metcalf, and many more. Over the years, Steppenwolf has become a place for growing actors to entertain, inform, and inspire while becoming an internationally recognized institution.

While Steppenwolf grew rapidly, Gary's personal life followed suit. He started seeing his on again off again, spitfire of a girl, and now wife, Moira Harris. In 1976, she joined the Steppenwolf Theatre Company, which kept Gary on his toes.

As Steppenwolf began to put on play after play, Gary started to look for stories about Vietnam, a topic that weighed heavily on him as Moira's two brothers, Mac Harris and Arthur Harris, and her brother-in-law Jack Treese had all served during the Vietnam War. It had become more apparent to Gary to show appreciation for these warriors who returned home and had been treated poorly.

Learning so much from Mac, Arthur, and Jack, Gary had gained a new perspective and was hoping to share that same perspective through a play that he came across in an unofficial newsletter of the Los Angeles theater scene, called Tracers.

Tracers was written and performed by Vietnam Veterans about their experiences before, during, and after the war. With so much admiration for the play, Gary immediately drafted a letter to Tracers director John Difusco, explaining how this play needed to be seen by people like Gary, unfortunately, it was a quick “no” from John. After some time, Gary invited John to Chicago to see Steppenwolf's production of Balm in Gilead. And in 1982, John decided to hand over the rights to Tracers. Until this day, putting on Tracers will forever be a highlight of Gary's career.